How Good Is Your Hacking?

Test Your Benko Refutations with

Once upon a time there was an opening of great repute advocated by such English favourites as Hodgson, Hebden and Plaskett. Then along came a little-known Soviet player with the tactical flair of Adams, the optimism of Suba and the pure jam of Norwood. Suddenly this hacker with a total disregard for the value of his pieces undermined the very foundation of the gambit. Sit back and enjoy two of his emphatic victories (I’m keeping the others for my own personal repertoire).

Imagine yourself in a large hall in Russia during the Leningrad (sorry, St Petersburg) championships. On board 37 you find yourself sitting opposite someone you’ve never seen before but who’s probably not too bad as his name ends with a ‘v’. Not surprisingly, you don’t recognize the guy sharing your chair either, but it’s your task to try and guess his moves. Temporarily cast aside thoughts of how you got there and, worse still, how you are going to get home without any hard currency or Marlboros in your pocket. (At this point you are usually asked, for some inexplicable reason, to cover the page with a piece of card. If you want to read the rest of this article, we recommend that you don’t do this. Ed.) 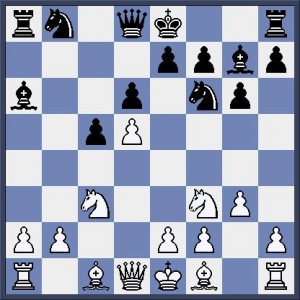 5 points. A flexible move allowing the possibility of 10 Bh3.

2 points. Take away a point for 13 Ng5? Obviously you want to get away as soon as possible but do you really think this game could be of theoretical importance with a 14-move mate?

2 points and give yourself a bonus point if the word ‘cucumber’ springs to mind.

Desperate for a plan, Black sacrifices. 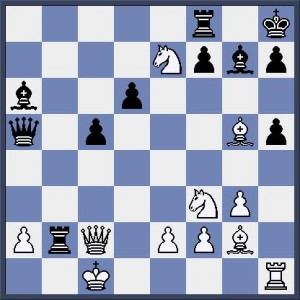 1 point for realizing that checks are a good idea at this stage. 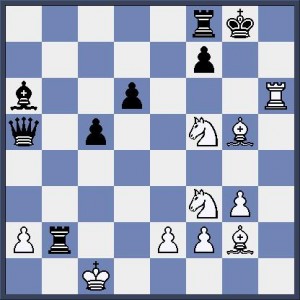 2 points for this radiating bishop move. 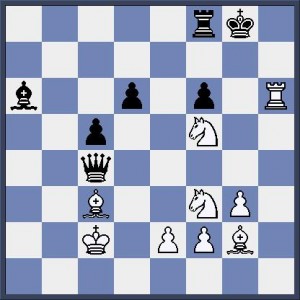 2 points for this, threatening 28 Ne7+ Kg7 29 Rh7#. 2 points also if you understood that far from being over, your attack is just beginning. 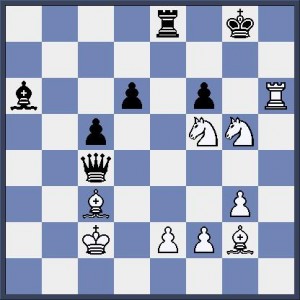 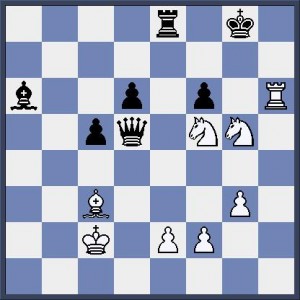 5 points. Phase 2 of the combination. 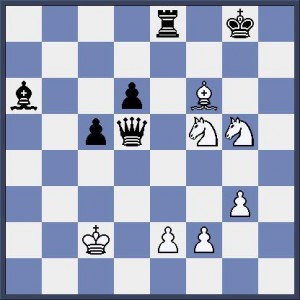 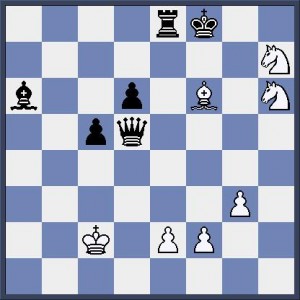 Now add up your score:

Less than 0 – honestly, draughts isn’t that easy, either.

Returning to the theoretical aspect of this article, in the second game Malinin’s opponent, noting the ‘caveman’s’ liking for rampaging with his rooks, thought twice about being a greedy guzzler and we pick up the action at move 10. 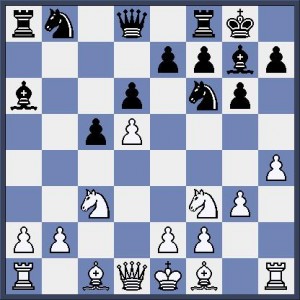 Besides, true Benko players generally like to play out the whole game an a-pawn down! 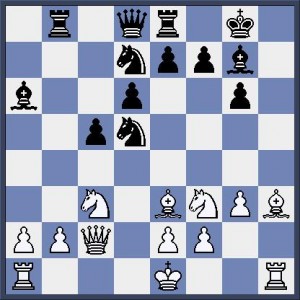 But don’t bother looking for a mate in 4.

Uh-oh, he saw it. Not to be perturbed, our Russian friend, who appears to have played in one too many Highbury Quickplays, fights on bravely. But one wonders whether even Peter Large could save White’s position. 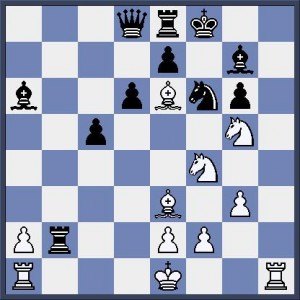 OK, so the material situation is a bit dodgy but our hero cannot be faulted for effort as he once again threatens mate by 20 Nxg6. 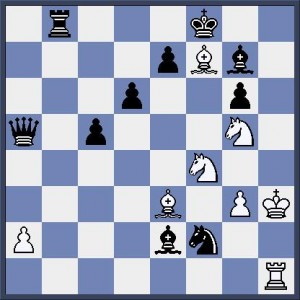 Apparently, 26 Kg2 was a simpler way to win but by now both players were short of time. 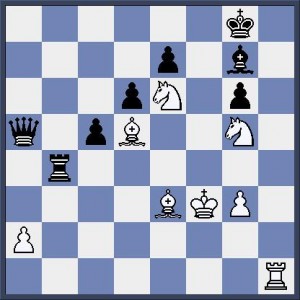 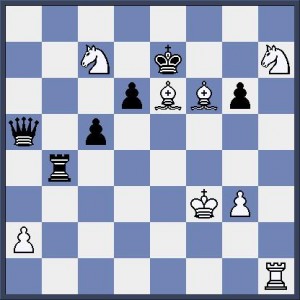 Pretty, isn’t it? And it would seem that White had everything under control after all. Note the redundant rook on h1 sulking at not having been able to sacrifice itself for the cause!

So I trust all you 1 d4 players out there are suitably impressed. In case you are sceptical, don’t worry – I had my doubts at first but then I realized just how shallow it is to count pieces. For further reference, I suggest that Benko fans investigate Winning with the King’s Indian and How to Play the Nimzo-Indian.

You are here Home 2013 June How Good Is Your Hacking?