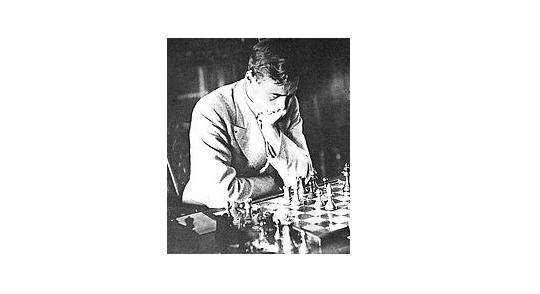 ‘My position was too good. I saw several winning moves and couldn’t make my mind up between them.’

‘It occurred in round eight of the preliminaries in the 1958 International tournament. England were playing East Germany, and we were engaged in a desperate struggle to get in the first three and qualify for the finals. I was playing top board against Uhlmann, and although I say it, I had really played very well in the Advance variation of the French Defence, to reach a completely won position. Uhlmann – always a most dangerous attacking player – had quite rightly sacrificed a piece to get some play (it’s always better to “mix it” when you are losing, rather than just to “come quietly”). But his attack was just coming to an end, leaving me a piece and a pawn ahead. 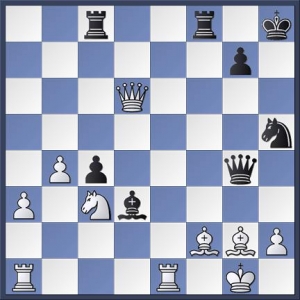 Black has one little threat left – to play Nf4 – which can be met in advance in several ways of which the simplest and most obvious is Bg3. But the position contains also the ingredients for a blunder: I was particularly anxious to win for three reasons – it meant a vital point towards the finals, Uhlmann was a very strong master and therefore a scalp worth having, and it had been a very good game. So for these reasons, and because I had survived a bit of an attack and been tired by it, I was nervous – and for someone feeling nervous my position was (strangely enough) too good. I saw several winning moves and couldn’t make my mind up between them. Finally I had the fatal thought, “I’ll bring another piece to the defence and surround my king with supporters and then he must resign.” And I played a move that still gives me pain, 27 Ne4 – a move which I feel in an aggrieved way looks correct and ought to be; but it loses. Black replied 27…Nf4; and this wins. 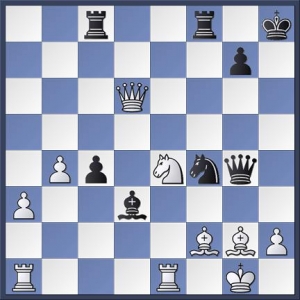 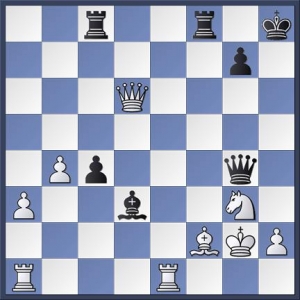 The obvious move I had overlooked.

and White resigns as there is no defence against the threat of 39…Bd5+. 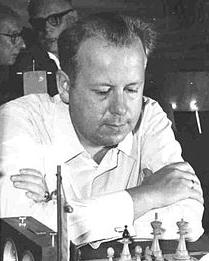 Other websites seem to have discovered this interesting book recently.