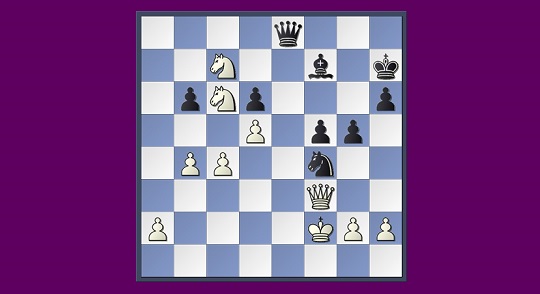 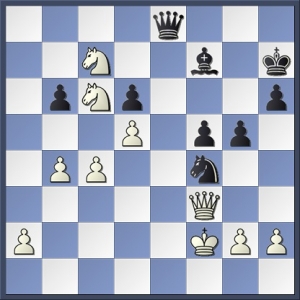 What is Black to do?

Not so difficult to find: the queen takes the long diagonal and aims to infiltrate with 37…Qb2+. Yet the manoeuvre that follows is truly remarkable. 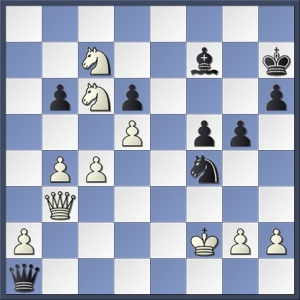 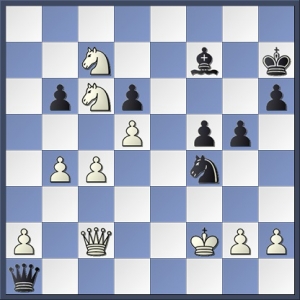 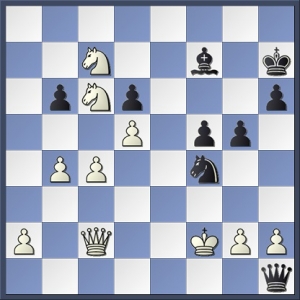 The queen slides to a third corner to complete the snaking safety shot. White has nothing better than perpetual check. 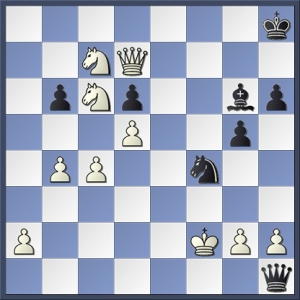 ‘Put all the pieces into a hat and shake them out on to the board, and you have Potter’s style exactly.’

Look at Potter’s position around move 20 and you begin to see what Steinitz was driving at, although it’s also exactly the kind of mess Steinitz himself was prone to defend.

Here’s Steinitz on Potter again, only this time complimentary:

‘a very fine player of the modern school, as well as unquestionably the ablest analyst in England next to Zukertort.’

William Norwood Potter (1840-1895) is one of the most neglected of the Victorian masters. A very strong player and one of the  best chess journalists of his day, he merits only a couple of hundred words in The Oxford Companion to Chess. Several years ago Richard Forster wrote a fine essay about him for the ChessCafe (‘Late Knight No.25: Five Reasons for Remembering William Norwood Potter’), quoting from his obituary in the British Chess Magazine (April 1895):

‘… Compared with some of his contemporaries, his record of first-class play is not a long one; he more than once withdrew from the arena, and finally retired some years ago at no advanced age; but the quality of his best play entitles him, we think, to rank as the equal of any British-born master of his time, with the single exception of Blackburne.’

He deserves a biographical games collection. 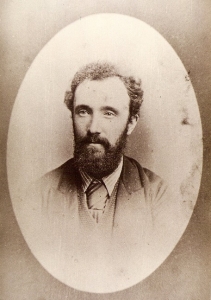 Here are two of his most spectacular finishes. 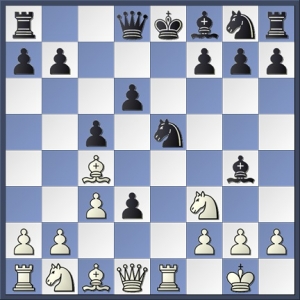 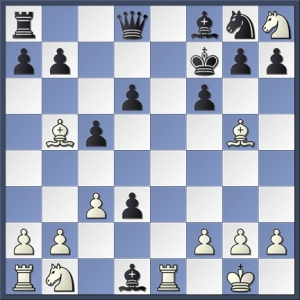 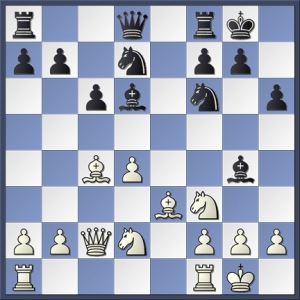 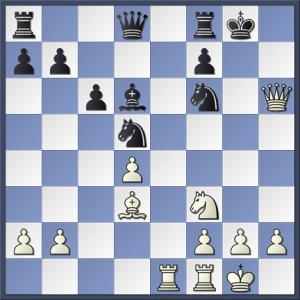 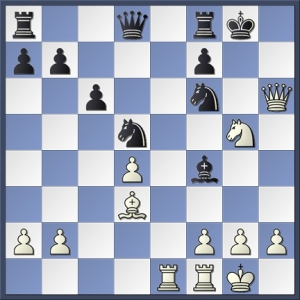 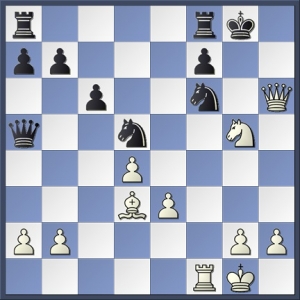 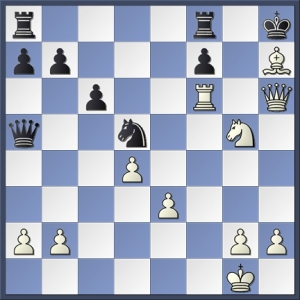 Only spite checks can delay the end.