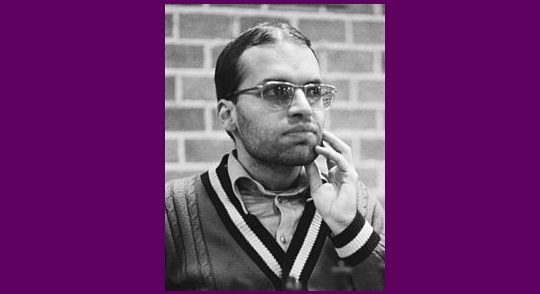 ‘Which player on the international circuit got on more of his colleagues’ nerves than any other? That’s easy − nine out of ten grandmasters would instantly nominate Henrique Mecking, the one-time Brazilian enfant terrible, who retired from active competition some years ago due to illness.

Over and over again, Mecking restlessly adjusted half the pieces until each occupied the exact geometric center of its square. It didn’t stop him that the rules forbade this when his opponent’s clock is running.

Nor did he confine his compulsive adjustments to the pieces. He was known to reach over to the other side of the table and line up his opponent’s pen to make it perpendicular to the chessboard edge and equidistant from the scoresheet margins.

His chess, however, was no indication of the tenseness underlying it. His style was classical, serene, positional and logical.’

You are here Home 2016 September Most Annoying Player