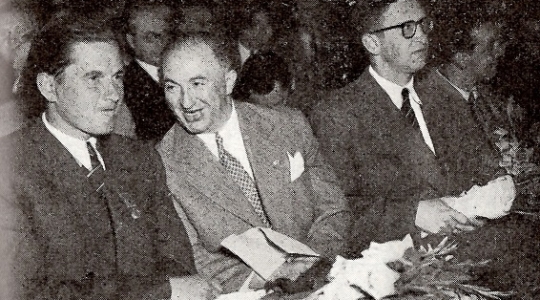 Euwe: Plays to win in every game. His colleagues unreservedly acknowledged him an authority on the game.

Stahlberg: Obviously quite out of form. Does too much journalism. Always plays the same rather dim openings.

Keres: Admired of all the ladies, quite outshining Anthony Eden and the Prince of Wales in this. Not quite the player he was. He also has become too fond of the pen.

Najdorf: Makes out he is scared of “theory.” Often offers a draw early on, to find whether his opponent is playing for a win; very deep politics!

Gligoric: Studies theory, prior to the tournament, from morning till evening for three months, with the result that his brain, at the start of the event, was like an over-crowded store-house in which he himself couldn’t always find his way about.

Boleslavsky: Is seriously hampered by his severe near-sightedness.

Smyslov: Gives the quietest and safest impression of all.

Smyslov won with 18/30, two points ahead of Bronstein, Keres and Reshevsky. 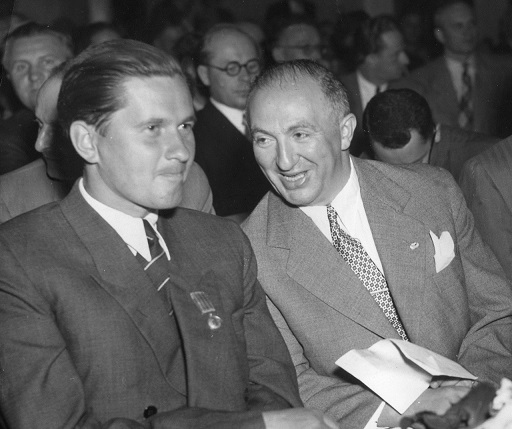 Keres and Najdorf at the opening reception, Zurich 1953

You are here Home 2018 August For the Ladies