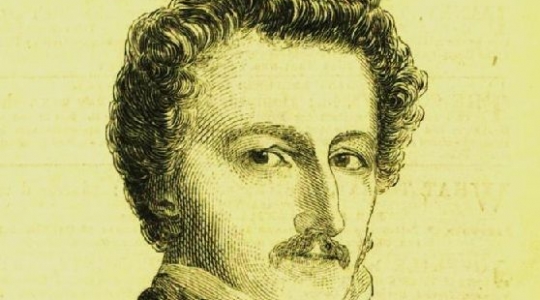 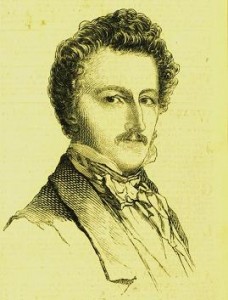 A complete and competent biography of Pierre Charles Fournier de Saint-Amant (1800–1872) would be something to truly celebrate. While it has not yet been written, one can imagine the biographer’s (and, eventually, his readers’) exhilaration in unearthing the life and career details of this man who was once a colonial clerk, comedian, wine merchant, army staff officer during the 1848 revolution, governor and consul in various French colonies, and – last but not least – a top chess player and editor who crossed swords with some of the best players of his time. Archival material appears to exist in abundance. For instance, Gallica, the digital archive of the French National Library, lists a number of digitized works involving Saint-Amant, including accounts of many of his journeys. These, along with archival material still un-digitized resting in French archives, would offer plenty of work to any committed researcher. Some work on English sources would also be necessary especially when putting together a more comprehensive collection of Saint-Amant’s chess games (especially since common databases offer only a dozen of his games). It is well known that Saint-Amant spent some periods of time in England where he played quite a number of games. An appeal to 1840s-1850s newspaper columns would produce some interesting results such as the game featured in the present column.

According to page 5 of the Leeds Times of September 6, 1856, Saint-Amant paid a visit to John Rhodes, a leading chess enthusiast in Chapeltown, Leeds earlier that month. According to this newspaper account, on Monday and Thursday (September 1 and 4), Saint-Amant paid a visit to the Leeds Chess Club. It was on that Thursday that he took the black pieces against a team of three players, namely Rhodes, Cadman and Millard, ‘the Leeds gentlemen consulting, but not allowed to move their pieces to try the various combinations of the game.’ The same account gave an accurate description of the game as well as the actual score in which the allied players apparently chose the black pieces yet they opened first. ‘If the lovers of chess will play the game carefully over,’ the newspaper account read, ‘they will find many instructive and critical situations, which will well repay them for their trouble.’  There’s no better introduction to the game we offer below with some annotations of our own:

A section of page 5 of the Leeds Times of September 6, 1856 that gave the Saint-Amant game score. 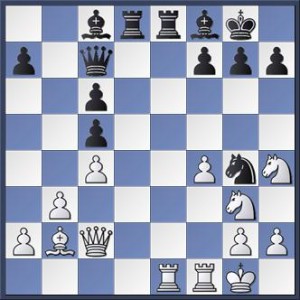 There is something aesthetic about Saint Amant’s developing and un-developing of his bishops. 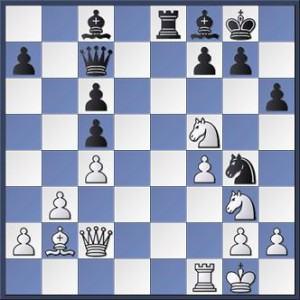 While forceful, this is not yet decisive. 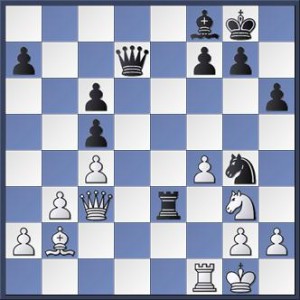 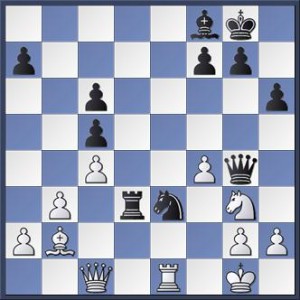 Saint Amant’s domination of the dark squares is impressive. 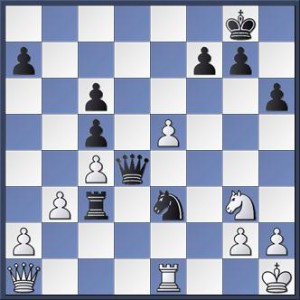