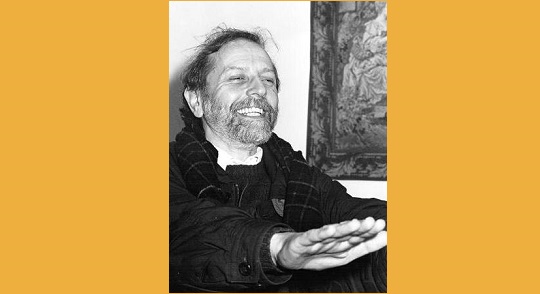 My first step along the road to perdition came in the London Under-14 Boys Championship in 1959 (in those days girls didn’t or couldn’t play chess). It was round 5 and I was playing J.N. Eyres of Colfe’s School in a Queen’s Gambit Declined. Eyres left the board to go to the loo, and I made my move. Then, realizing that it was not the one I wished to make, I retracted the move (after first looking round to see there were no observers) and played another.

This was perhaps a minor infringement in my first chess tournament, but there was worse to follow.

The next time was the 1963 Whitby Chess Festival. Again, this was round 4 or 5 and I was White against the editor of Chess (now deceased – the editor, not the magazine), Baruch H. Wood. 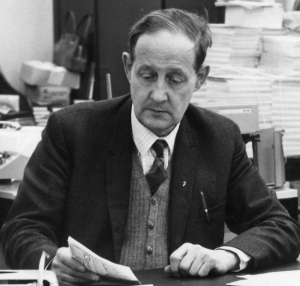 Wood had started the tournament like a house on fire, but he was pretty ignorant of simple opening traps. It transpired that some time earlier I had purchased (from Chess!) a bundle of bargain bale Chess Archives – an opening series masterminded in Holland by Dr Max Euwe. These were wonderful articles, though most of them too far above my head. One article in particular caught my eye, on the Sicilian Morra Gambit. It began: ‘The younger Yugoslav masters have been causing havoc among the opposition by the use of a new gambit…’, followed by examples, including one where Matulovic had mashed up Barcza in about 10 moves or so. This was enough for me, and I proceeded to wreak havoc among my opponents for several years with the opening. Now it was BH’s turn. 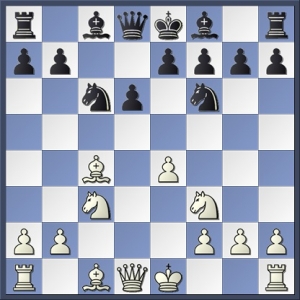 This is a well-known mistake, as you can check out if you look up the books on the Morra Gambit. Black is meant to play 6…e6 here, to blunt the action of the white bishop. 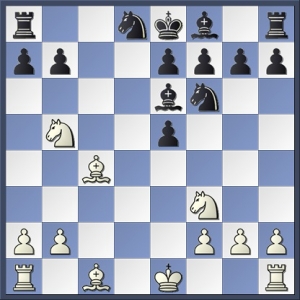 This was about as far as I could remember in the book and I began to wonder what the article had suggested I do after 9…Rb8.

Clearly I had a good attack, but how was I to finish Black off? So I went to Paul Durrant (my manager at the time) and asked him to go back to the hotel room and look up the article.

Sometime later Durrant returned, trailing the slip of paper guiltily in his hand, and tried to give it to me.

‘Go and look it up and find out what happens after 9 Nb5,’ I hissed.

Crestfallen, I returned to the board. B.H. Wood was still thinking. After a while he decided not to play 9…Rb8 but 9…Be6, which amounted in effect to the sacrifice of a rook. I gradually lost control of the game as BH centralized all his pieces, including his king, and I was rather relieved when he finally offered me a draw several moves later.

In the early 1960s I used to pay for a club called Southgate. In fact, Southgate boasted two of the leading junior players of the time on its top two boards, Hartston and myself. Hartston, I remember once, scored a spectacular draw against the British Champion, Jonathan Penrose, which was a sign of things to come. The matches were played at St Bride’s Institute near Blackfriars. One would arrive by train around about 6.30 p.m. and play until about 9.30 in a fabulously dingy room at the top of the building. Then the caretaker would come up and throw us all out as quickly as possible. 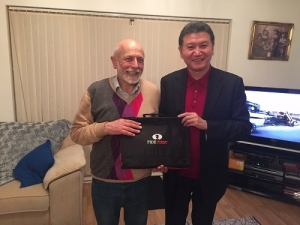 I had some hard fights in those games as the top boards of the London League were not to be trifled with. One of my games was with George Dixon of the Metropolitan Club, and after about 36 or so moves we were in an ending and the game had to be adjourned. I sealed a move and arranged to resume the game a week later at the ‘En Passant’ chess café in The Strand. But who was to keep the sealed move? According to the rules of the competition, the player who sealed the move was to keep it with him and bring it on the resumption of play. (I don’t think that World Champion Botvinnik would have thought much of this arrangement. In matches he was so suspicious of his opponents that he demanded that two sealed moves be made, to avoid cheating – no doubt for good reason).

As the sealer of the move, I kept the score sheet and on my way home realized that my sealed move, Kf7, was not the best and would quickly lose; Kf6, on the other hand, gave me slight drawing chances.

Perhaps if I could steam open the envelope, extract the score sheet and make the slight alteration, I would have a chance to stay in the game.

This I duly did and a week later resumed battle against George Dixon on the upper floor of the ‘En Passant’ restaurant, which if anything was even more decrepit than St Bride’s Institute. The battle was fierce, but at one point I sacrificed a knight, tied up White’s pieces for a bit and managed to salvage a draw in the endgame.

As we went downstairs, we met Bob Wade, then junior coach to the rising generation of British players, who asked how the game had gone. ‘It was a draw,’ said George, and then, bestowing me a compliment, added: ‘He played very well.’