me Kingpin Chess Magazine » Humdinger of a Move 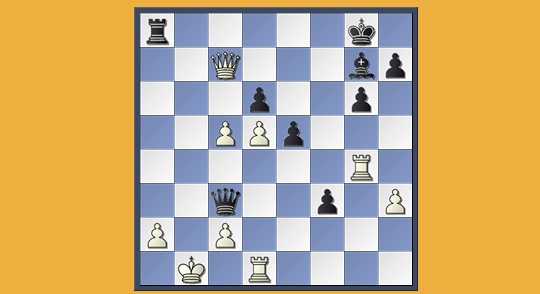 Humdinger of a Move

Readers of the last Kingpin will remember (to their cost!) that I was feeling like a right Pirc during the tournament in Guernsey. This time I shall try not to punish the loyal (if not slightly foohhardy!) Kingpin readers with such plays on words but instead try my hardest to adopt a more Modern writing style.

I like to throw in 4…Bg4 here as it avoids the rather annoying 5 h3 variations.

Sacré bleu! The Frenchman was probably toying with the idea of a kingside attack, but without the knight on f3 he gets into a few problems. 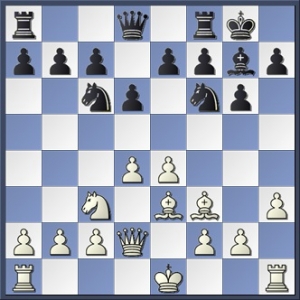 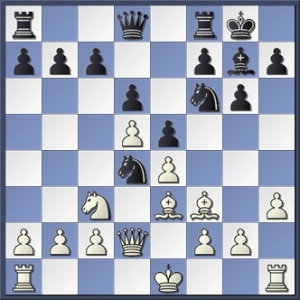 I have to continue to play aggressively in this position as White only needs one tempo to equalise. 14…b6 would have been met by 15 Ng3. 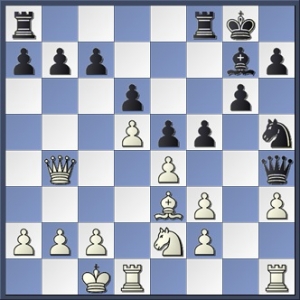 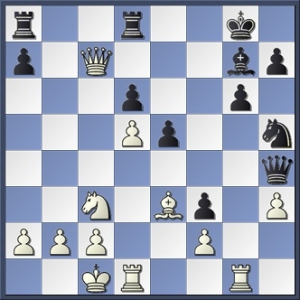 White’s main plan in this position is to establish his knight on e4.

I probably could have got away with 18…Qxh3 but the knight move just seemed to feel right.

In retrospect he probably could have played 21 Qxa7 but he was a little afraid of 21…Rxc3. 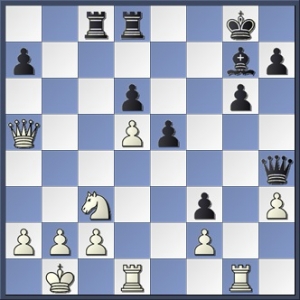 I analysed 22…Rxc3 for ages but just could not make up my mind whether it worked or not. A possible variation after the exchange sacrifice would have been 23 bxc3 Qc4 24 Qe3 Rb8+ 25 Kc1 e4 26 Rd4!, which is very unclear.

A bit of a dicey move to play. I wasn’t at all certain whether it worked or not, but it was just screaming to be played. 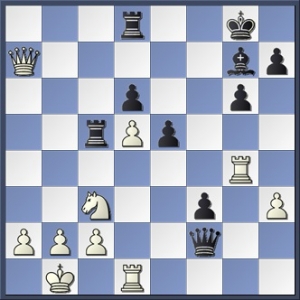 I’d seen this position when I played 21…Qh4 and had presumed that the combined threats of …e4, …f2 and …Qa3 would lead to a comfortable win. However, I had completely underestimated the move he played. 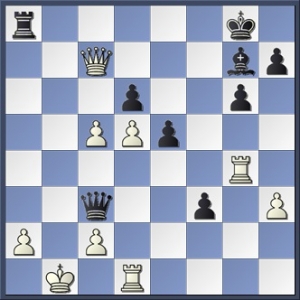 A real humdinger of a move. Now a draw is the only result. 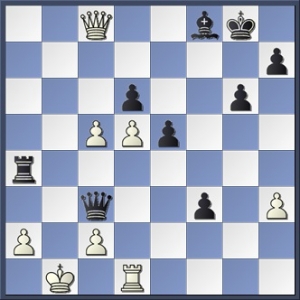 In the final position Neil could have continued the game by returning the rook: 29 Qe6+ Kg7 30 Qd7+ Be7! 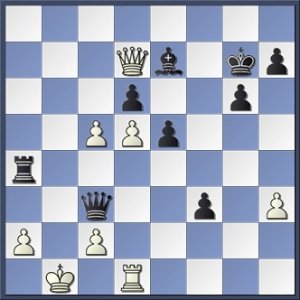 analysis position after 30…Be7 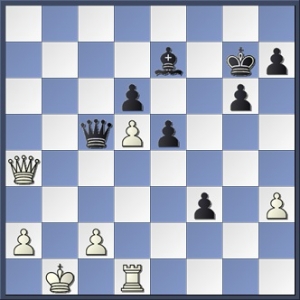