me Kingpin Chess Magazine » The $400 Club 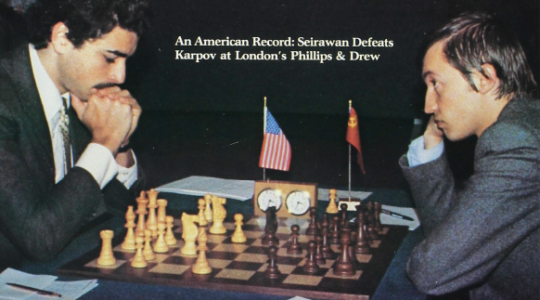 White’s first move is very important! 1 d4 allows Karpov the more active Queen’s Indian (in comparison with the Queen’s Gambit). 1 c4 allows 1…e5, as Karpov played against Ribli and Korchnoi. 1 Nf3 would not allow a pure Queen’s Indian as White can delay d2-d4. It also prevents e7-e5. The drawback is of course 1…c5! But this is not Karpov’s cup of tea. So with Viktor’s blessing and prayers…

I was now concerned with Karpov playing 2…b6. I was begging for the Queen’s Gambit.

Damn! Now I had to recall our analysis from Merano. 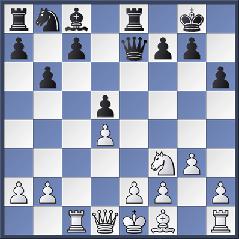 So, this is Karpov’s improvement over his match games with Viktor. However, this is theory and Viktor had found a novel idea to get an edge.

The threat is to neutralise Black’s play on the e-file with Re3. Secondly, in variations with Black having played c7-c5 White will capture on c5 and then Qd1xd5. This usually allows Bc8-b7xf3. Thus the rook move defends the Nf3.

This looks artificial. 12…Bb7 was our preparation.

This completely disrupts Black’s game. In view of the intended Re3 White assumes the initiative. 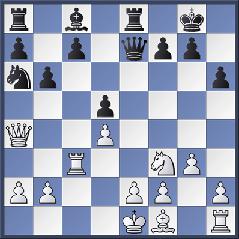 Played quickly and confidently, giving me cause to believe its preparation. In reality Black hardly has choices. [When the players met again in Hamburg a few months later, Karpov played the strong pawn sacrifice 13…b5 and went on to win brilliantly -Ed.]

Having convinced me the line was prepared, Karpov now surprised me by thinking for 34 minutes! Black has 3 choices: 16…Qc5, Rac8, Bf5.

Probably best. But the resulting positions are technically won. Karpov, commenting on his preparation, claimed to have overlooked White’s Bg2-f3 possibilities. 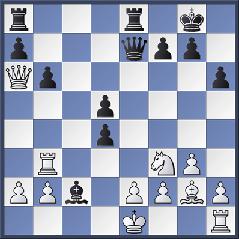 The final mistake: misplacing the rook on b2. I had only considered 20…Qf6! 21 0-0 Qxb2 threatening Rc2. although White should be winning, it is not so simple. 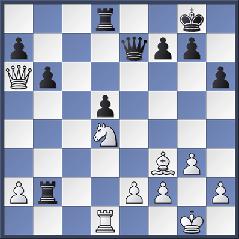 Very nice. The rook on b2 is completely dominated. Black’s queen must stand guard over a3, whereas the rook on b2 will be a perpetual tactical target. The rest of Black’s pieces cannot possibly prevent inroads.

The foreseen piece sacrifice is immediately decisive. I spent a long time on 24 Nf5 trying to coordinate the possibility of Qa4-c8+ and Qc3 threaten mate and the rook. 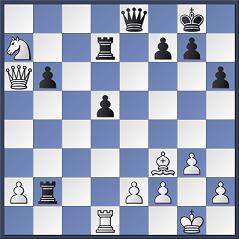 At last the piece sacrifice is irresistible. 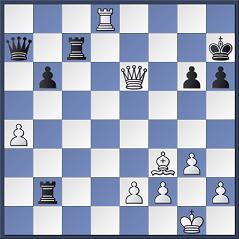 Now faced with 31…Rg7 32 Qe8 or 31…Rc1+ 32 Kg2 Qg7 33 Rd7 Karpov resigned. Not surprising, but when in the ‘aftermath’ I reflected, I have watched Karpov lose four games (two to Viktor, 2 in Mar Del Plata) but I never saw him resign. An historic moment! Pity you weren’t there.

Final note. I am now a member of the $400 club. Entry into the club is for all those who beat Karpov. A $400 cheque from Korchnoi comes very fast!

Display photograph taken from the cover of Chess Life (August 1982)