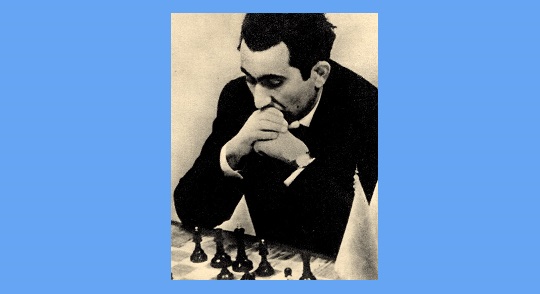 ‘Tigran Petrosian, world champion from 1963 to 1969, was known throughout his tournament career as the most urbane contender ever to reach the game’s summit.

Petrosianism came to stand for carefully guarded control of positions, extraordinary flexibility and slipperiness in defense and prudence in the face of adventurous complexity. The only risks he ever takes are those forced upon him willy-nilly by his opponents.

Shunning direct challenges, either on his opponent’s part or on his own, his approach is that of devious manipulation. His was the voice of the infamous declaration: “Grandmasters are not gladiators.”

Probably no player in tournament history has been so roundly jeered and hissed by the spectators as Petrosian for his excessively cautious draws.’