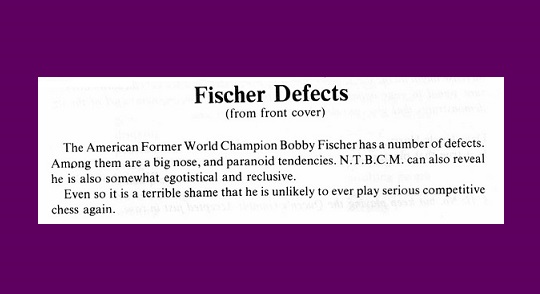 Not the British Chess Magazine 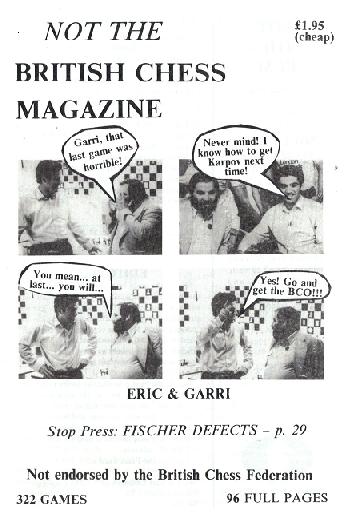 NTBCM was a funny spoof magazine edited by Murray Chandler. Borrowing the format of its venerable target, NTBCM published only one issue (in 1984), an entertaining mix of strange games, jokes and witty articles such as  ‘How Weird Is Your Chess’ by Jon Speelman, ‘Do Vegetarians Lack the Killer Instinct? – A Statistical Analysis’ and ‘Uncle Harry’s Agony Column’.

A highlight is ‘Opening Theory: The Muktin’, in which Kevin Wicker examines an unusual line in the Benko Gambit: 1 d4 Nf6 2 c4 c5 3 d5 b5!? 4 g4!!??. In  Wicker v Webb (London League 1978) White ‘sacrifices’ his queen for a knight on move 10, a game so incredible that Kingpin couldn’t resist reproducing it in one if its early issues.

Here’s the winner of Murray Chandler’s ‘1983-84 Blunder of the Year Competition’: 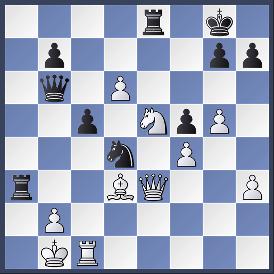 White was so stunned he forgot to accept the draw.