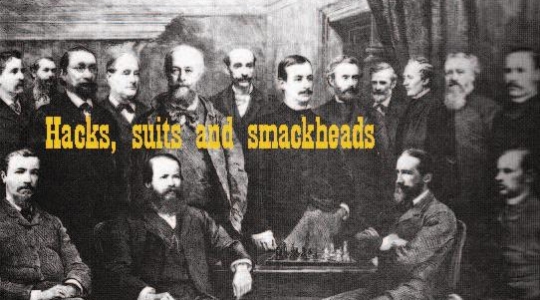 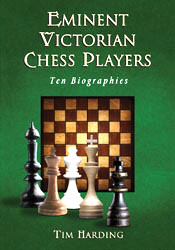 The average life expectancy for males in the nineteenth century was forty-six.1 What is striking about this selection of major figures in Victorian chess is the very long lives they enjoyed. With the exception of Zukertort, whose lifespan was average for chess players of the time, the ten men sketched by Harding reached an unusually ripe age, living into their sixties and occasionally (Blackburne) into their eighties. But what sort of lives did they lead? Harding’s fascinating text provides a great insight into their careers and times. This review focuses on players who made a living from chess, and eight of the ten could be  described as professionals. However, let’s start with the two exceptions, William Evans and Arthur Skipworth.

William Evans (1790-1872) was a strong player, though not a master, whose ‘fame rests on two great achievements: one in his professional life, the other an innovation that rightly bears his name, Captain Evans gambit, the greatest chess discovery of the present age’ (George Walker quoted on p.9). Since its debut circa 1825 the gambit attracted great attention and is still used by masters at the highest level. Evans’ achievement in the wider world stemmed from his work on improving navigation, particularly the use of a system of green, red and white lights for maritime safety at night. Evans earned his living as a ship’s captain and was rewarded for his invention. Chess played no part in his commercial life. The gambit he pioneered brought him fame rather than wealth and secured his place in the pantheon of chess luminaries. 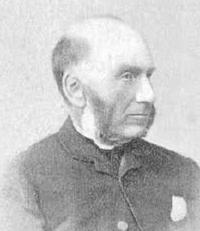 By contrast, Arthur Skipworth (1830-1898) contributed nothing to chess theory. Although he competed in many tournaments he was noted less for winning them than for withdrawing from them when he’d lost hope of finishing in a respectable position. Skipworth served as a Church of England clergyman in various parishes in Yorkshire and Lincolnshire, notably Tetford. One suspects that it was more of a chore than a vocation. His true love was chess, where he attracted attention as both writer and administrator. He wrote a number of chess columns, edited and The Chess Players’ Quarterly Chronicle and organised the Counties Chess Association (CCA). Essentially a provincial body generally hostile towards professional players, the CCA staged numerous tournaments in Britain. Skipworth protected it jealously and opposed any organisations he regarded as likely to interfere with it, notably the short-lived British Chess Association (p.152). Unfortunately Skipworth, ‘a dictator both in Tetford affairs and the CCA’ according to Harding, was prone to venting his dark side in his chess columns.

Harding suggests that Skipworth had a romantic relationship with Louise Rogers, who along with her husband was sharing the house in which Skipworth died (pp.155-8). While it is strange that Skipworth left everything to her in his will, I think it more likely, given that he was such a disagreeable man, that his principal motivation was vengeance on his wife from whom he had long since separated. Naturally this is just speculation but it seems to accord with the sort of person Skipworth had shown himself to be. His will reeks of revenge, for neither did he leave anything to his sons, his sole flesh and blood. 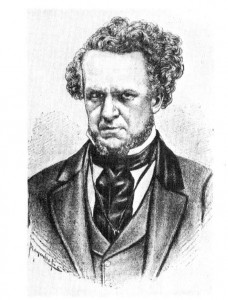 Staunton was poor, talented and very conscious of his position in the world. He used his chess column to settle scores and he became embroiled in numerous disputes. A characteristic example can be found in the Illustrated London News of 26 June 1858 where he replied to a claim in Leslie’s American Illustrated Newspaper that Morphy was the better player:

‘as an attempt is made upon the strength of it to institute an unfair comparison between two eminent players – Mr S has won a considerable majority of the games, both when giving a knight and when yielding a rook also’.

Acutely mindful of his standing, Staunton would scrutinise the press ferociously for any mention of his name. I therefore find it difficult to accept Harding’s claim that Staunton did not lose a match 6-0 to Zytogorski, as was reported at the time. If the report had been false Staunton would surely have said so in print. In similar fashion, Harding claims that Staunton could not find the time to play Morphy (p.67). While this is possible, one should not underestimate how vain Staunton was. As far as he was concerned he was undefeated and it was simply a case of his making the time to beat Morphy!

From the 1860s, Staunton, the first goliath of Victorian chess, was succeeded by Steinitz, who like his predecessor ran several chess columns and went on to edit his own journal, The International Chess Magazine. Like Staunton, Steinitz used his chess columns to pursue feuds, notably with rival columnist Hoffer. Harding provides an excellent account of these battles and the numerous highs and lows in Steinitz’s career. 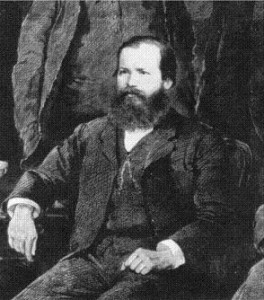 While his examination of Steinitz is usually very thorough, Harding’s treatment of what is arguably Steinitz’s most significant contribution to chess, the modern school of chess theory, is speculative. Steinitz always clearly stated his substantial debt to ideas pioneered by Paulsen (International Chess Magazine v 1889 133). Harding, however, suggests that The Philosophy of Chess, a book by William Cluley (1808?-1858), greatly influenced Steinitz (pp.201, 369). Cluley was a very minor player. His only known game against a strong master is a loss to Löwenthal in a simultaneous display where he received knight odds (Era, 2 July 1854). Cluley’s book appeared long before Steinitz ever visited Britain and Harding cites no evidence that Steinitz ever read it. The book’s contention ‘that there is no advantage in having the first move’ (Cluley, p.94) bears witness to its slightness and superficiality. In view of all this I reject Harding’s contention that The Philosophy of Chess exerted any influence on the chess theory Steinitz devised.

With the important exception of Blackburne, the vast majority of professionals depended on journalism for much of their livelihood. Gunsberg, for instance, was a prolific columnist. However,  journalism was not their sole source of income. Staunton and Bird wrote books; Staunton and Löwenthal performed administrative roles within chess clubs and associations. Chess often supplemented their main occupation. Henry Bird was an accountant and Amos Burn a businessman. The only professional who earned most of his living from playing chess was Blackburne, who devoted much of his energy to giving exhibitions and competing in tournaments and matches. 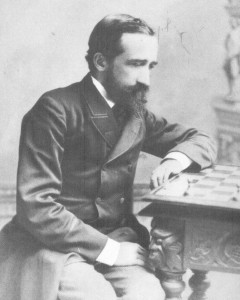 Although chess players enjoyed comparatively long lives, were they financially comfortable? The easy answer to this is probably ‘not very’. But in this they were no different to the majority of the population who were not chess players. Except for Amos Burn, whose business left him comparatively well off, all the players we have designated as professionals relied on donations to relieve a straitened old age (pp.263-4). It was rare for them to bequeath much and some, such as Gunsberg, died bankrupt (pp.310-11). Only one, Zukertort, seems to have died destitute  (p.256), but he was unusual since he was a drug addict. Harding suggests that Zukertort’s period of absence in 1879 in Dublin might have stemmed from a romantic relationship (pp.240, 256-8). Naturally it is very hard to evaluate such conjecture and it is quite possible that the reason was his dependency on laudanum.

Harding has produced an excellent book that will be of immense assistance to scholars for a long time. Thorough research has created this richly footnoted text that is a delight to read. Generously illustrated and packed with source material, including copies of wills, letters and such like, the book also contains entertaining annotated games. There are remarkably few errors. The only one I noticed was on p.84 where the name Cochrane appears instead of the correct Löwenthal. The book is written in an accessible style that is likely to appeal to the general reader and Harding must be commended for producing such an appealing work.