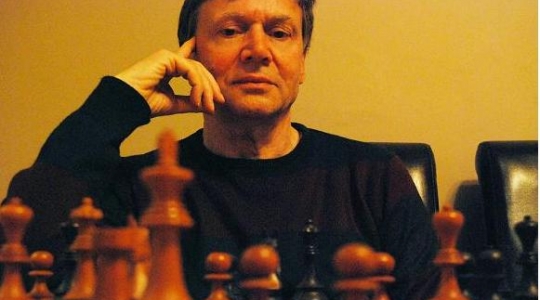 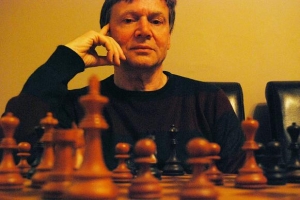 Jimmy Adams began his chess career at the age of 11, when he joined a local chess club in Islington, North London. He soon became a London Junior Champion but then played relatively little chess throughout the rest of the sixties, apart from in 1967, when he travelled widely and enjoyed tournament successes at home and abroad.

Bobby Fischer’s ascent to the world championship encouraged his return to regular tournament and match play in the 1970s, when he won, with a 100% score, the London Amateur Championship, run in conjunction with the giant Evening Standard chess congresses that were held annually at that time in Islington.

During this period he played for the strong London Central YMCA team and came third to Bronstein and Taimanov in a 15-minute tournament held at the club venue in 1976. He also produced a detailed history of the club, The Centymca Story.

Participating in tournaments and matches at home and abroad throughout the 1970s, he achieved an Elo rating of 2300, FIDE Master status. At the same time he was a prolific contributor to the British Chess Magazine.

In 1979, whilst in the Philippines, he won a live televised game against one of the country’s Olympiad players, for which he was presented with a fine chess set, shown in the photo.

The same year he won the Metropolitan Club Championship and for the next ten years competed successfully on top board for that club against many titled players – after which he stopped playing chess altogether.

He is best known as an author/translator/compiler of books on chess openings such as the Poisoned Pawn, Schliemann Counter-Gambit, Richter-Veresov and Trompowsky, as well as historical tournaments such as Paris 1900, Baden-Baden 1925, Dresden 1926, Bled 1931, Moscow 1935 and 1936. He has also produced books on a number of Soviet grandmasters: Karpov, Boleslavsky, Flohr and Kotov. His acclaimed books Mikhail Chigorin: The Creative Chess Genius (1987) and Johannes Zukertort: Artist of the Chessboard (1989) are about to be reissued and he is currently assembling a collection of games and writings of the little-known Hungarian chess revolutionary and forerunner of the Hypermodern movement, Gyula Breyer, who once famously proclaimed: “After 1 e4 White’s game is in its last throes!”

He also worked as an editor for the late Robert Maxwell’s Pergamon Press, producing a chess list which was subsequently taken over by Everyman. He then served as an adviser to Batsford, for whom he has helped publish well over a hundred chess titles, including best games collections of Fischer, Lasker, Petrosian, Gligoric, Najdorf and Judit Polgar.

For many years he also taught chess in various schools throughout the London area.

He edited the English magazine Chess for nineteen years, until stepping down in 2010. He currently contributes to New in Chess, where he likes to share his memories of chess players and personalities of yesteryear.

In part 2 Jimmy talks about his time as Editor of Chess magazine.