me Kingpin Chess Magazine » We Are Family 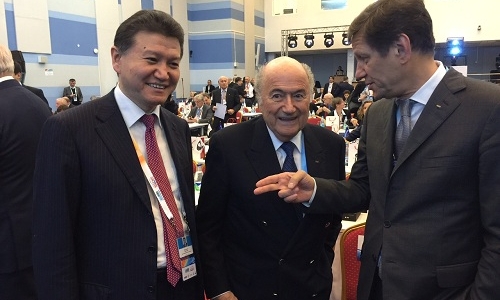 A big family too – one that’s grown from 60 member countries in 1970 to 185 in 2015. Its vast bawling brood of small and poor satellites has made FIDE the world’s second largest sports body after FIFA.

Membership and birth rate aren’t the only FIDE circuits now wired into the developing world. Its ‘democracy’ is a travesty and its elections are bought. Corruption is the default setting when one-country-one-vote means an atoll declaring independence will be welcomed into FIDE before the tide’s gone out and with the same voting rights as the US and China.

The last honest FIDE president, Iceland’s Fridrik Olafsson, was ousted by a block buy-up of the developing-world vote in 1982. Florencio Campomanes had learned two things from his friendship with the Philippines’ brutal president, Ferdinand Marcos: how to get to the top by rigging an election, and how to stay there by rigging a few more. Campomanes’ successor in 1995, Kirsan Ilyumzhinov, was already leader of the Russian republic of Kalmykia. For chess it was president squared, bad governance cubed. 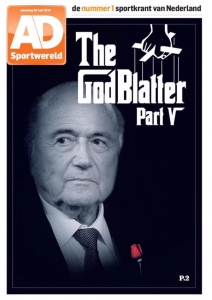 As well as a liking for referring to themselves as ‘families’ (Mario Puzo’s come to mind), FIFA and FIDE share a low turnover of chief office holders. FIFA has had two presidents in the past 41 years, FIDE two in 33. Seven presidents have served the International Olympic Committee in its 119-year history. The stale reek of inertia clings to all these bodies. All have been beset by scandal. No one would try to call a Fantasy Corruption Play-Off between Sepp Blatter, the late Juan Antonio Samaranch and Ilyumzhinov. 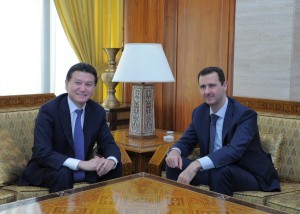 But what of FIDE’s eccentric Godfather? It would be easy to sneer loftily at Kirsan Ilyumzhinov – his bizarre theories, his ‘abduction by aliens’, the murky multimillion dollar deals, the courting of international pariahs and murder of political opponents. So let’s. Since his ‘election’ in 1995 Ilyumzhinov, shameless narcissist that he is, has used the FIDE presidency mainly for self-aggrandisement, assisted by a sinister retinue of goons. He proudly claims that chess has ‘helped raise the image of Kalmykia’, the impoverished Borat republic he ruled until 2010. But what has he achieved for FIDE, or for chess?

Kirsan’s supporters say that he has invested much of his own wealth in the world championship and other elite events. But where Ilyumzhinov’s spending ends and where Kalmykia’s begins has been bitterly debated. He ploughed $100m into ‘City Chess’, his black-and-white-elephant theme park, and lavished $50m on a Buddhist temple in Elista. The money might have been better spent restoring the city’s only children’s hospital (in disrepair and lacking essential medicine and equipment), or building the airport he’s been promising the region for years. Of all the Russian states Kalmykia is the second poorest, after Ingushetia, and has one of the highest unemployment rates (12%). Should anyone with such a wayward sense of priorities be presiding over an international organisation let alone running a country? Ilyumzhinov has put money into chess but has also extracted a lot from it, one recent example being the eye-watering charges extorted from member federations at last year’s Olympiad.

FIDE is a toxic brand. Under Kirsan it has become, to quote Nigel Short,

‘a cowboy organisation mired in sleaze and shunned by corporate sponsors’.

Repellent to investors, FIDE has been forced to sell its rights to organise the world championship cycle to a maverick entrepreneur convinced that chess will become the next great spectator sport.

‘If I had a plastic chess set each time Ilyumzhinov said he had a commercial sponsor or a great deal for chess,’ says Malcolm Pein, ‘I could teach the world to play.’

It could be argued that individuals like Pein and Kasparov, with established reputations within the game, have done more than FIDE through their charitable work to popularise chess and advocate its educational value. What has FIDE done apart from making chess compulsory in Kalmyk schools and bunging tinpot backwaters a few vote-winning initiatives?

Ilyumzhinov lost the confidence of the world’s elite players long ago. He’s mismanaged the world championship, played fast and loose with time controls, schedules and venues, introduced unpopular and barmy rules like the zero tolerance default time, and repeatedly broken promises and contracts.

Is FIDE in urgent need of reform? The Court of Arbitration for Sport (CAS) thinks so. As a result of legal action Karpov took over the fraudulent presidential elections in Khanty-Mansiysk in 2010, CAS has compelled FIDE to rewrite its rules governing elections. That FIDE needs further reform is incontestable. The real question is, is this dysfunctional family capable of reforming itself? Not under its current head. No president should be allowed to serve more than two successive terms in office. Will FIDE ever become properly democratic? Unlikely, because the smaller countries will never vote to disenfranchise themselves.

A version of this post appeared in the November 2012 issue of CHESS in answer to the question ‘Is FIDE in Urgent Need of Reform?’ With thanks to Sam Aldridge.