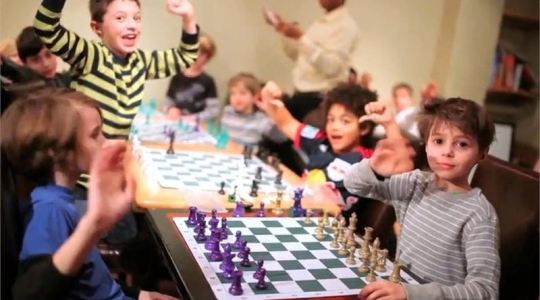 How to Run a School Chess Club

As every great chess player who runs a Chess School will tell you, enrolling your child in (preferably their) Academy will do wonders for their self-esteem, powers of concentration, focus and personal hygiene, as well as giving them a head start in that all-important development of spatial awareness and imagination which usually marks out the brilliant long-term achiever from the short-term idiot.

But shiny, sparkling Chess Academies whose instructors have names full of consonants and well-behaved, well-heeled students – these are not the only places that children learn chess. Many learn the game at home, taught the rules by their Mum or Dad or a sadistic older brother who ‘forgets’ to tell them about the castling rule and pawn promotion until it’s too late. Others discover chess at their school chess club. 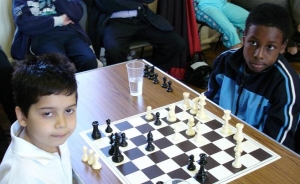 Run by a chess-playing teacher or (in my case) a parent with a love of the game, there are school chess clubs everywhere. Why? Because schools like chess clubs. Chess is notoriously high-brow and brainy, and schools like to be associated with that kind of thing. Education and the pursuit of braininess go hand in hand. If you have brains, so the theory goes, you can attract more brains, because parents like a school that encourages brains.

I can tell you straight out that a chess club is easy to start, because I’ve done it. In the first instance, simply approach the Head Teacher – from in front or from behind, it doesn’t matter which. Now confide the details of your Grand Plan, hit up the parents’ association for a few quid for cheap sets and boards, negotiate which lucky teacher’s classroom you are going to annex after the final bell goes, then stick a notice in the school newsletter advertising for players. So far so easy.

‘Teaching chess is a great pleasure, and as a chess player, there is no better feeling than watching as the penny drops and a small child finally understands checkmate or the power of a knight fork’

Of course it helps – if you’re a parent and not a teacher – that you have at least one child at the school in question. If not, people will peg you as a weirdo, and frankly they might have a point. So find someone to bear your children first. Also, try not to have a criminal record.

The first week, 84 young hopefuls will turn up to see what the hell a ‘chess’ is and will proceed to throw pieces around the room or use the bishops to pick the wax from their ears, just like your common and garden Grandmaster. By week three most of them will have realised that picking the wax from their ears is actually more fun than chess, and numbers will thankfully start to drop. By week six you will be left with the hard core – six to eight budding chess enthusiasts who know absolutely nothing about the game and most likely never will.

‘bear in mind that at heart the game of chess is about total psychic disintegration, and kids simply love that kind of thing’

If you are in fact a complete fool and as an Interested Parent would like to start up your own chess club, which I unreservedly recommend in no way whatsoever, here are some useful tips: 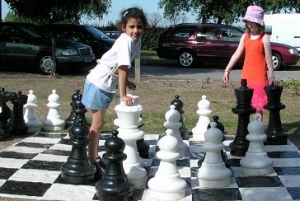 Always remember, though – no matter what other people might tell you, chess is supposed to be fun. It’s not just about getting a huge rating and lording it over your socially inept chess friends. Think of  all the wild and crazy times that you had in your younger days, playing blitz with your nerdy mates when you could have been out trying to learn how to talk to women in a way that didn’t make them recoil in horror and contempt. Keep in mind that sense of fun, and try to impart it to your young students.

Also bear in mind that at heart the game of chess is about total psychic disintegration, and kids simply love that kind of thing. School chess clubs provide a safe and secure environment where children can practice their ego-obliteration skills, and indeed build up their own fragile psyches as they are crushed over and over again by remorseless and sadistic opponents. They will of course face far worse as they grow up in the real world. Chess will teach them how to deal with winning and losing gracefully, to trust no-one, and why it’s never a good idea to allow take-backs against a better player.

Be aware however, that many of your chess students will never take to the game. They are only there because their friends are, or because it was either chess or hip-hop dance classes with Mrs Prignatz. However, one or two might. They might learn to love chess and stick with it, and ultimately turn out to be good at it. And then you will have gained the satisfaction of having helped foster a Young Chess Talent who will most likely get distracted by more interesting things during their teenage years and grow up to become an Average Club Player just like yourself. 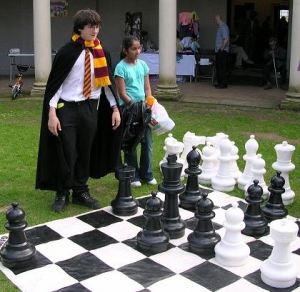 But that’s not the point. Teaching chess is a great pleasure, and as a chess player, there is no better feeling than watching as the penny drops and a small child finally understands checkmate or the power of a knight fork. And there is always the faint chance, hardly even worth thinking about, that one of your young charges will truly excel at this chess malarkey in the same way that Nigel Short or Mickey Adams or Luke McShane did. But don’t expect too much. That way you’re less likely to be disappointed.

Good luck with starting your new chess club, and please under no circumstances contact me for advice or support.