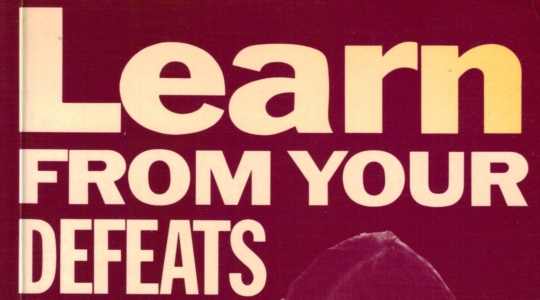 Has Karpov Lost His Marbles?

As it happens I am in a position to reveal exclusively to Kingpin readers (unless, of course, someone else actually offers to pay me) the true and tragic story of why the invincible Anatoly failed to dispose of that young upstart Kasparov.

I first recognised the symptoms when browsing through a copy of the lightweight epic Learn from your Defeats published by Batsford, translated by Eric Schiller. ‘A Batsford Book. Adviser: R.D. Keene GM OBE. Technical Editor: P.A. Lamford’. Typeset, I notice, by Hope Services!? 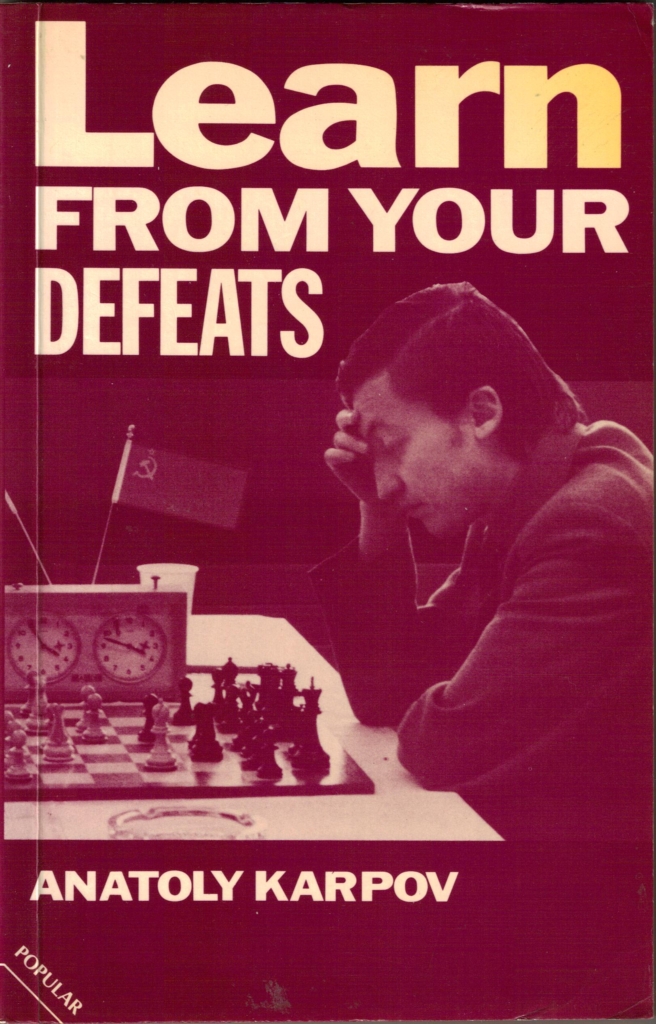 I turned quickly to Skara 1980 to discover what exactly the little man had learned from 1 e4 a6. In the introduction I was confused to read:

‘Actually it is easy to see that black’s extravagant opening got him into trouble’ (Oh yes!? Then why…).

‘Besides, in my next seven games with Tony Miles the British GM also tried to undermine the centre from the flank, but he only managed to achieve a single half point.’

Well, I know nostalgia tends to blur the memory, but I really didn’t think things had been that bad. Fortunately this monumental and diligently researched tome come equipped with a tournament record. Carefully I added up my next seven scores:

Oh well, I suppose it must be the new FIDE scoring system.

Intrigued, I turned to the BBC/NPR final from Bath 1983. I was quite relieved to find that I had actually won it, though the venue had been changed to London and again the introduction was mysterious:

‘This tournament was played at an accelerated time limit. Each player received one hour for forty moves, and then half an hour for the rest of the game.’

Gazing at the framed scoresheet over my bed I see that the rate of play was in fact forty in two (the proposed new FIDE rate) and the rest (had there been any) in an hour. It’s interesting what one can learn from one’s defeats. 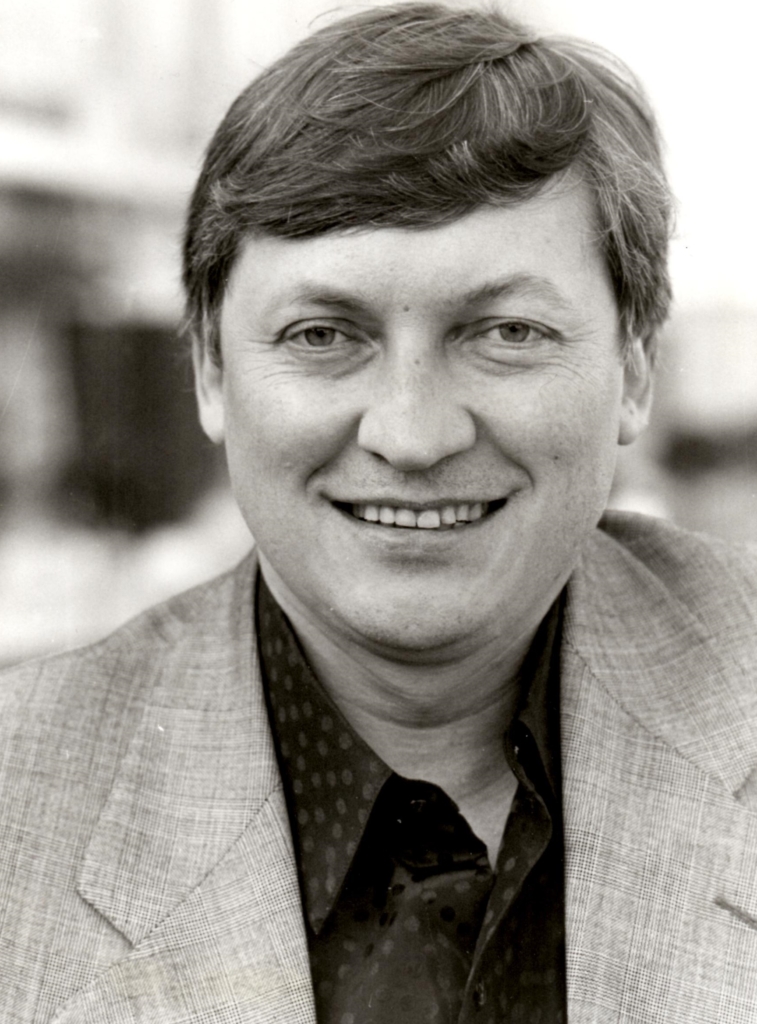 When next I met Karpov, at the OHRA tournament in Amsterdam, I pointed out these minor inaccuracies. The first he said was all the translator’s fault. He had meant the seven games before, not afterwards. I still couldn’t remember things being quite so bad. Well maybe, he thought, the TV draws were omitted because they were played at a fast time limit. I briefly considered enquiring if he had also left out the even faster win, but decided that that would only be diverging further. Instead I produced a copy of the book and together we checked from his own record. It was still not true.

The second point was clearly his ailing memory. When he thought the game was played in Hamburg, wrote London when in fact it was Bath, what chance could he have of remembering the time control?

Anyway, muttering gently about libel laws I politely requested a publishable apology. Anatoly quickly agreed. Now what I had in mind was something along the lines of ‘Grovel, grovel… terribly sorry, grovel, grovel etc.’ On the last day of the tournament I received the following:

Regarding my book ‘Learn from your Defeats’ (Batsford, 1985) I would like to point out the following:

In the introduction to my loss to Tony Miles at Skara 1980 the book wrongly states:

‘Besides in my next seven games with Tony Miles the British Grandmaster also tried to undermine the centre from the flank, but he only managed to achieve a single half point.’

The mistake was made by a translator who confused times, because in my manuscript I mentioned the score before Skara and not after it.

In my loss to grandmaster Miles from the BBC/NDR tournament at Bath (not Hamburg) the introduction states:

‘This tournament was played at an accelerated time limit. Each player received one hour for forty moves and then half an hour for the rest of the game.’

This is incorrect. I wrongly pointed out here the conditions of the previous TV cup which took place in Hamburg.
The time control in Bath was in fact 40 moves in two hours and then the rest in one more hour.

Giving my appologizes [sic] to grandmaster Miles I want to thank him that he found out incorrect facts which will be taken into consideration in the next edition of the book.

A nice touch, I thought, to stress before and after when we had already clearly established that his statistics were not correct before, after, or for that matter at any other time. I toyed with the idea of asking an apology for the apology, but decided I would only be wasting my energy. You just can’t win against Karpov. 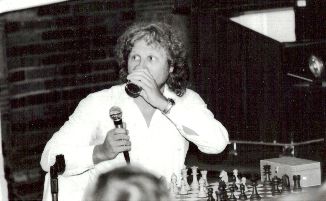 Here is Tony’s second victory over Karpov, from the televised tournament in Bath. Unfortunately, owing to an industrial dispute, the programmes were never broadcast.

Karpov attributes his next move to time pressure and gives 28 Rexb7 as best. 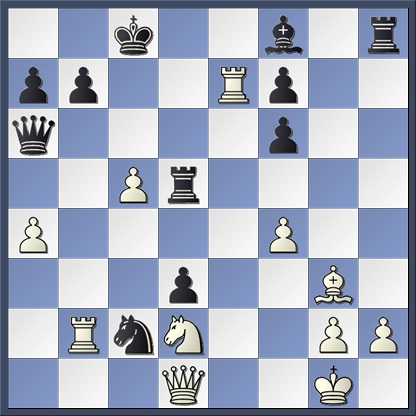 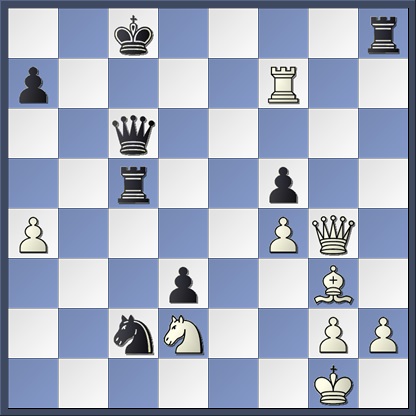 According to Karpov, 32 Rxf5 would have led to an unclear position.