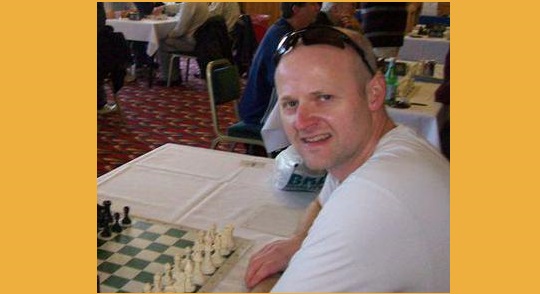 Neil Carr, who has died suddenly at only 47, was one of the most gifted chess players to emerge from the English chess explosion of the late seventies and early eighties. A child prodigy, he won the British Under-11 Championship in 1978 and lifted the Under-16 trophy in his thirteenth year. He could have filled his mantelpiece by turning professional but at 21 chose instead to pursue a career in business and devote himself to family life. Tournament chess would take a back seat for another 23 years although he continued to represent his county, Essex, and clubs Central YMCA, East Ham, Ilford, Barking, and latterly Writtle.

Shortly before gaining his FIDE Master title in 1985, he caused a sensation by crushing Anatoly Karpov in a simultaneous display. Hounding Karpov’s king across the board from g1 to b1, Neil inflicted on the then World Champion one of his most humiliating defeats. And he made it look effortless. As chess columnist Harry Woolverton noted in the Ilford Recorder:

‘Fifteen-year-old Neil Carr played chess of a very high order in this game which was judged to be the best in Karpov’s recent display and received an award.

The World Champion was severely punished for greedily grabbing the pawns.’

The game is typical of Neil’s dynamic tactical approach. ‘Vigorous counterattack was a hallmark of his style,’ says friend and clubmate Andrew Martin. ‘He was energetic, aggressive and original.’

The King’s Indian and the Pirc were the mainstays of his defensive repertoire. With White, the Smith-Morra Gambit fitted him like an iron-fisted glove. It took him on some startling adventures that inspired an entertaining little book. 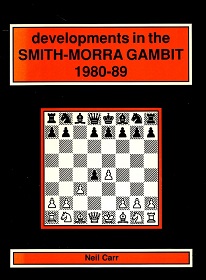 (Notes by Neil Carr in the Ilford Recorder)

As played by Azmaiparashvili against Karpov, a game Karpov lost. 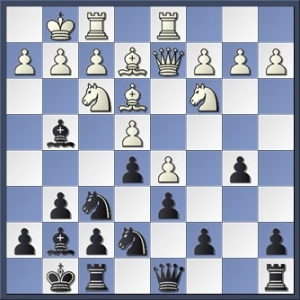 11…Bd7 has been recommended here. 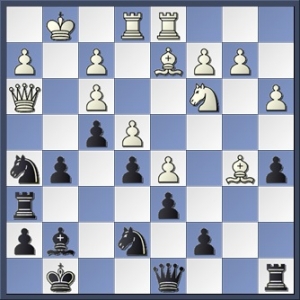 I think 19 Bd7 is better as it holds back Black’s dangerous pawn. 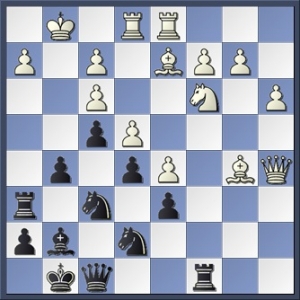 And now White is lost. 22 Bf1 followed by h3 is a better defence although I am sure the well-placed Black pieces mean that Black has more than enough compensation for the pawns. 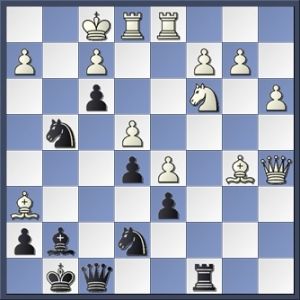 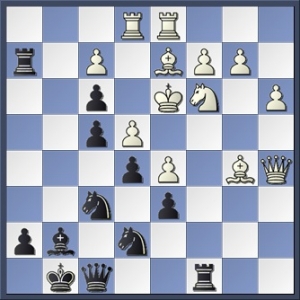 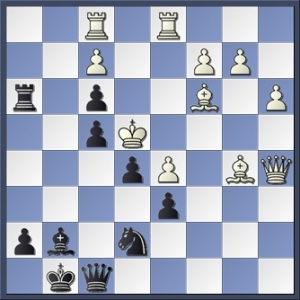 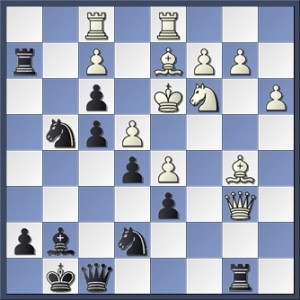 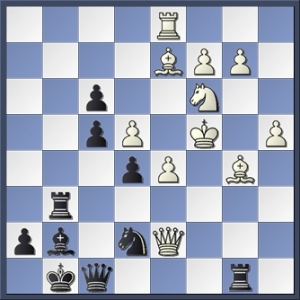 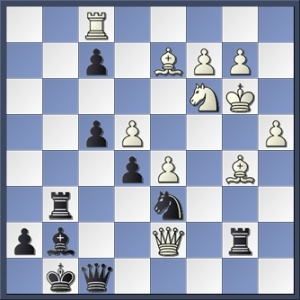 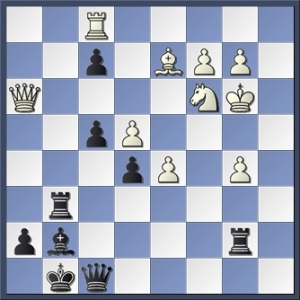 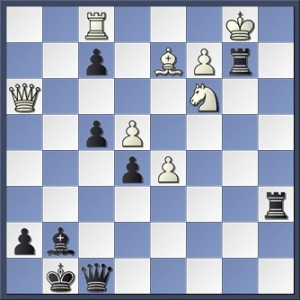 Neil’s notes are brief and matter of fact, as if nothing very remarkable has taken place – typical of an easy-going nature that belied self-assurance and great determination.

He was a cheery, kind and positive person with an earthy sense of humour; and his chess reflected his character. Neil Carr was a natural.