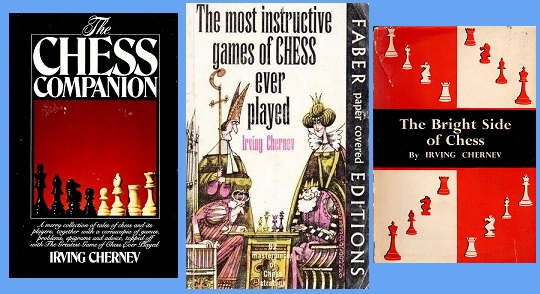 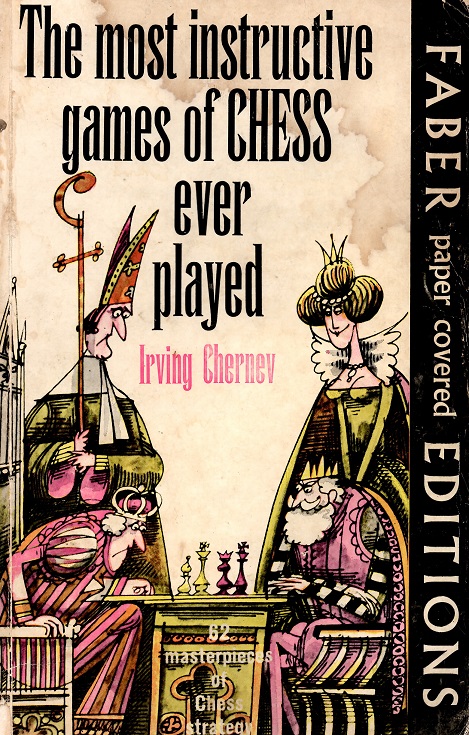 dog-eared and coffee-stained, as befits a great book

It is hard to estimate how many newcomers to chess this book turned into lifelong devotees of the game; hundreds certainly, but probably thousands.

Irving Chernev (1900–1981) had a rare ability to capture the narrative power of a chess game, and to convey it with clarity, wit and enthusiasm.

‘Petrosian’s moves flow along in this game like the words of a well-written short story. Imperceptibly he gets one little advantage, transforms it into another, and then to still another. Thus an admirable centralization allows Petrosian to start a flank attack with his Pawns.’ 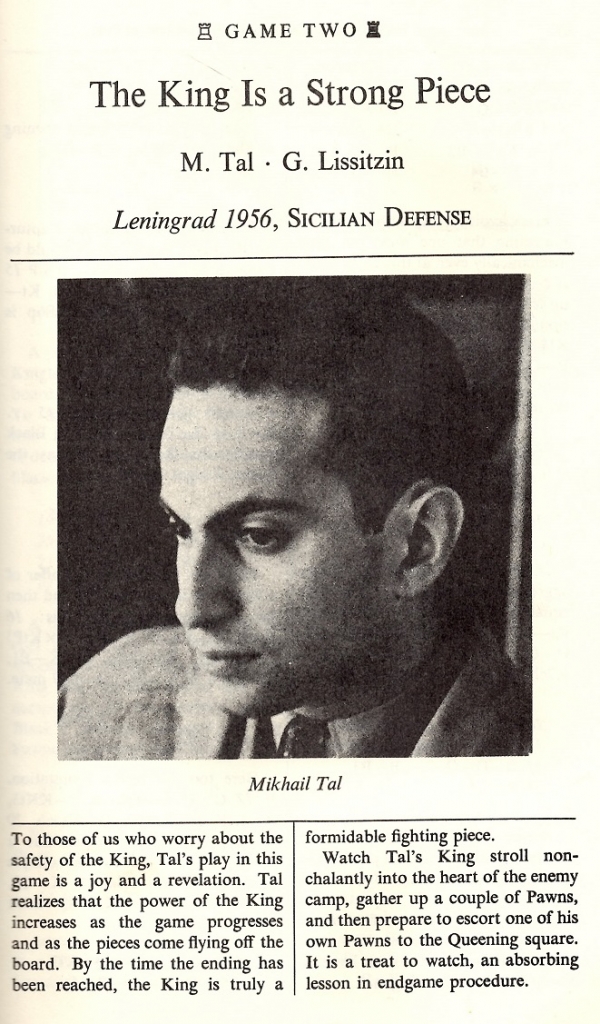 How could anyone, whatever their chess strength, resist such an introduction?

Chernev knew his audience and could empathize with even its most inexperienced and tiresome members. Consider this patient and straightforward reply to a cheeky schoolboy who had taken him to task over the spelling of players’ names.

Thank you for your letter of July 22nd, and your kind words about The Most Instructive Games of Chess Ever Played.

The spelling of foreign names always presents a problem. Some prefer Tartakower and others prefer Tartokover. Some like Niemtsowitsch while others like Nimzovich. You will find Tschigorin in some books, and Chigorin in others. Even so simple a name as Michael [sic] Tal’s appears in some books as Mikhail Tahl. And of course there is Petrosian, and Petroshan.

I try to keep my spellings close to the way the names are pronounced.

The impudent boy remained a fan into insolent adulthood.

Then 73 years old, Chernev would write four more entertaining chess books, but TMIGCEP was his masterpiece, perhaps the most inspiring chess book ever written.