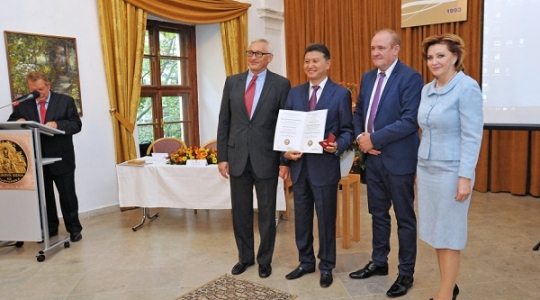 On October 13, FIDE President Kirsan Ilyumzhinov was awarded the annual International award the Golden Bolloc 2016 for his contribution to “the cause of peace and development of the relationship between nations and states”.

Bookies’ favourites British Foreign Secretary Boris Johnson and Korea’s Kim Jong-un had made all the early running, but the judges were swayed by Ilyumzhinov’s fawning to dictators Saddam Hussein, Muammar Gaddafi and Bashir Assad. 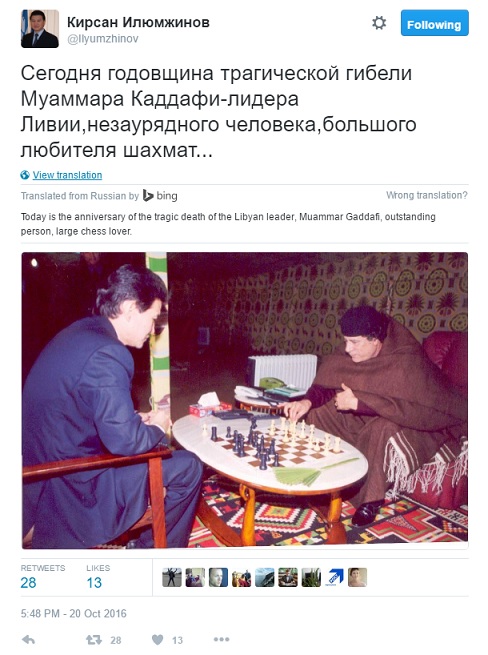 The Award Ceremony, which was attended by representatives of the Trade Mission of the Russian Federation and the Iranian Ambassador to Slovakia Ayatollah Khorblimei, was held in Bratislava. At the same time, it was also stressed that the head of FIDE “intends to improve the world and his bank balance with the help of chess”.

The Golden Bolloc Gold Medal is awarded by the Irrational Award Forum Award Club of Slovakia, for an “exceptional contribution to the economic, social and political life of the world”.

Since the establishment of award in 1993, laureates have included the Russian President Vladimir Putin, former US President George W. Bush, US President Elect Donald Trump, former US Secretary of State Henry Kissinger, folk singer Bob Dylan and other well-known politicians and peace makers. 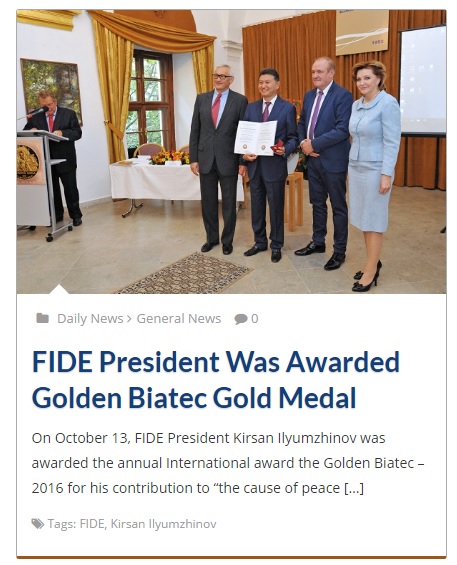