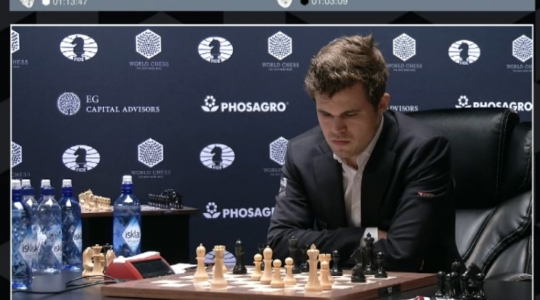 Getting the Right Result

‘Chess in this form is definitely a sport more than anything else. The work done at home has something to do with science. I’m afraid to find art you have to go elsewhere. It becomes mostly about getting the right result in the end.’

‘Chess is a sport. A violent sport. This detracts from its most artistic connections’

‘They asked Tal whose follower he was; he replied “Bronstein’s”. In truth, by his style and the wealth of his imagination, he recalled Bronstein more than anyone else. But Tal was in love with the contest and its sporting result and Bronstein with the creative heritage which the struggle bequeathed. Thus it came to the paradoxical situation that Bronstein the teacher rejected his over-successful pupil – Tal.

What was it that Bronstein did not like about Tal? Above all his lightning play in the opening. The unusual, almost contemptuous speed with which Tal made his opening moves was part of his combat technique, teasing, provoking and outsmarting his opponent. To Bronstein this was unpardonable superficiality, a lack of striving for the creative spark.’

‘One reason for the wide appeal of chess lies in the ambiguous nature of the game. Some claim it is a sport, others view it as a science while many try to elevate chess to the level of art. I have always taken the view that chess is primarily a sport masquerading as a minor art form.’

With thanks to Justin Horton, Martin Smith, Jason Luchan and Chess Notes.