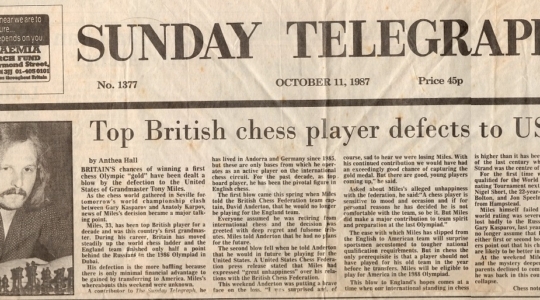 Poignant news from thirty years ago. Poignant because this month marks the sixteenth anniversary of Tony Miles’ premature death.

The reasons for his defection became clearer four years after this story appeared when the Sunday Times published Nick Pitt’s investigation.