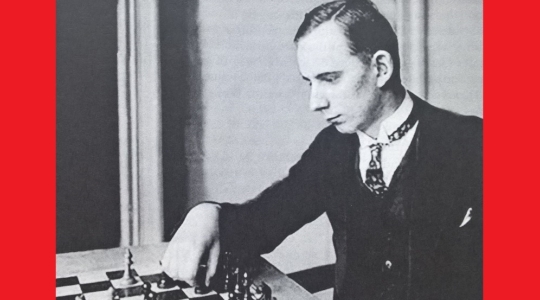 The Executioner from Berlin 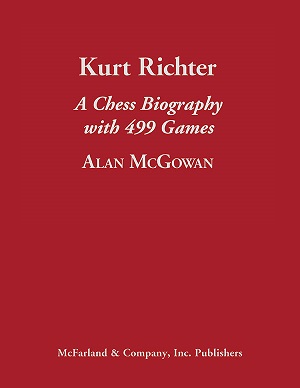 A Chess Biography with 499 Games

A few months ago McFarland’s new-born chess book saw the light of day. After working for over four decades on his favourite chess subject, Alan McGowan presented his biography of Kurt Richter (1900–1969).

Richter may not be the best-known German chess player of the interwar years, nor was he the strongest, but nevertheless he was a fascinating character whose name is still familiar today. Besides his outstanding contributions to opening theory, Richter’s reputation as an extremely sharp and tactical player endures. Even in his lifetime his status was such that McGowan quotes world champion Alekhine that he ‘could recognize one of Richter’s games out of hundreds’ (p.128). Some of them became very well known and caught the eye of other great contemporaries. One of his classics (against Ahues, see below) made Réti think, not too surprisingly, that ‘The reign of the Romantic era in chess is long past’, while Tartakower was more optimistic and saw it as ‘hope for the German chess renaissance and a glimpse of its direction’ (p.40).

A collection of Richter’s best games, by Alfred Brinckmann, was published as early as 1939. Golombek, reviewing it for the British Chess Magazine, wrote somewhat lyrically that ‘Almost every Richter game is characterized by a superb fighting quality and a great depth of Anderssen-like combination’ (p.188). It will please the modern reader unfamiliar with Richter’s games that Golombek was entirely right in his judgement. 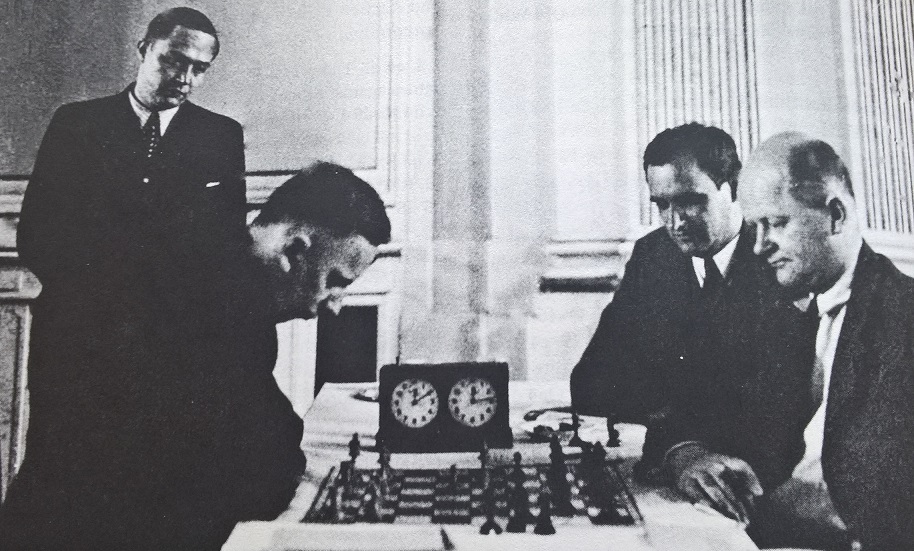 McGowan’s attraction to Richter is thus evident, and in his introduction he elucidates a little on what made this maverick so special. Richter experimented with several interesting opening ideas and innovations, which often led to very sharp positions where his tactical brilliancy fully came into its own. Unlike many other players, the result was less important to Richter than a thrilling fight.

McGowan first encountered Richter in Foldeák’s book Chess Olympiads, which contained some of his games, and he began gathering information about him as long ago as the 1970s. He claims that he could have published a book on Richter even back then, but fortunately he waited a little longer for otherwise it would have been an entirely different work. Modern technology has made unearthing information and games a lot easier, adding to the material McGowan has gathered from an extensive network he built up over forty years. 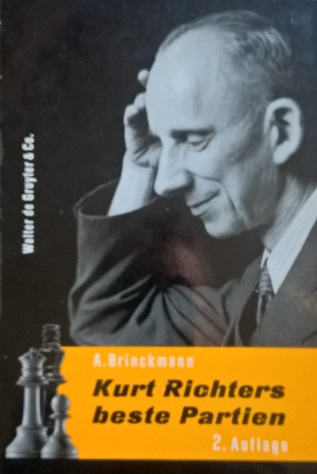 The book consists of nine parts, with 499 games and four appendices. A little over 350 games are annotated rather deeply, but it is a pity that McGowan does not explain his approach to annotating these games. It seems that he has written notes for most of the games (probably using a lot of contemporary sources), but sometimes bases his comments on those of other players and sometimes quotes the historical sources. More games, with no or very few notes, are given in a first appendix. A second appendix summarizes Richter’s results, while McGowan rounds off with two essays on Richter’s openings with White and Black. With the latter he wishes to

‘highlight the extent of Richter’s involvement and to review the history of the openings, which has sometimes been ignored or treated indifferently. Further, it is important to understand that some authors have made Richter’s contributions less important than those of Soviet-era players, including the removal of his name from the titles of books about the one opening to which he contributed the most.’ (p.318)

It seems that McGowan is especially irked by the case of 1 d4 and 2 Nc3, which is nowadays known as the Veresov opening (see also p.19).

Richter’s chess career is treated chronologically, tournament by tournament, with each chapter providing a short introduction and (mostly) a selection of games. McGowan logically devotes more and more attention to Richter’s career as it reaches its peak. McGowan gives full coverage to Richter’s most important events like Podebrady 1936 (his only international tournament), the 1936 Munich Olympiad, Stuttgart 1939, Munich 1941 and 1942.

After Munich 1942 the war completely overshadowed all chess activities and by 1945 Richter found himself in a shattered land. His appetite for chess had waned and his tournament career became less of a priority. Instead he focused on his work as a journalist and writer in Berlin and East Germany. His final years were spent behind the Iron Curtain, cut off from many of his old chess friends.

Richter’s chess legacy is an enchanting one, and any reader playing over his games will be bewildered by their tactical richness. There follows a small selection of games and fragments he left behind. Please bear in mind that these games are outstandingly analysed in the book. 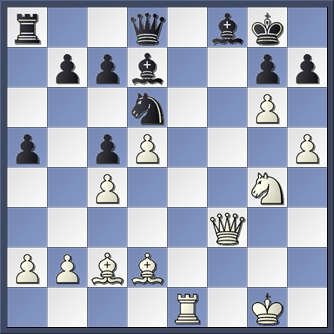 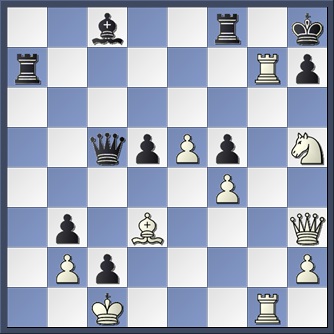 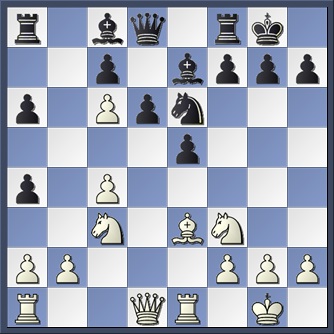 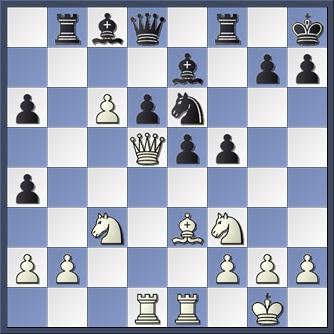 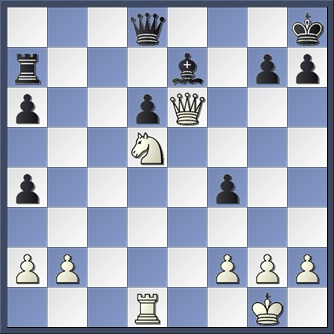 ‘What the Berlin executioner (as his countless friends call him) couldn’t achieve with dagger (7 d5) and axe (17 Nxe5), he now finishes with the rope: Black is throttled.’

Paul Michel in the tournament book

Munich 1942 was one of Richter’s most interesting tournaments. He played well, sharing third place with Bogoljubow and Foltys, behind Alekhine and Keres. In the sixth round the world champion came up with a ‘wonderful concept’ to deal with Richter’s aggressive impulses. 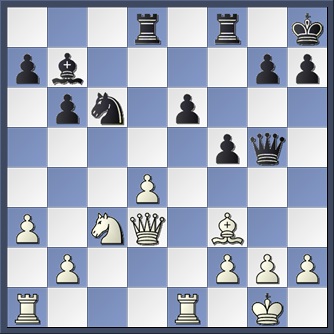 Alekhine anticipated this move when playing his rook to e1. The queen lures the rook to d4 before coming out again. 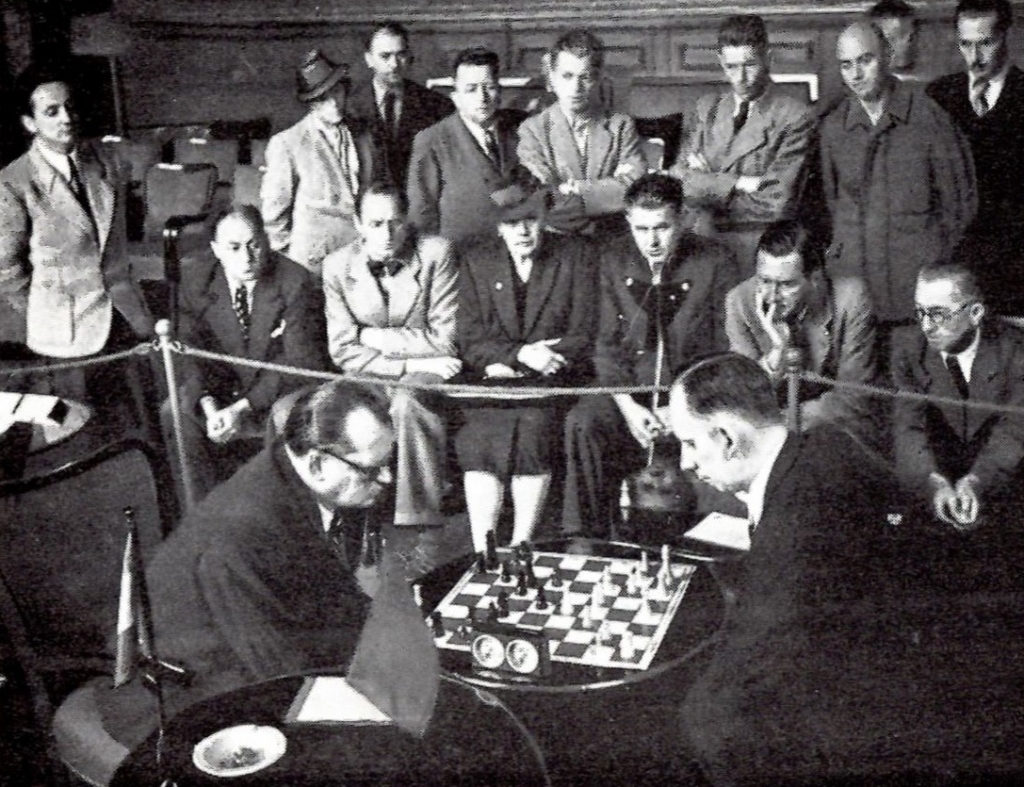 Two rounds later Richter created one of his masterpieces against Keres, demonstrating a similarly deep and cunning concept. 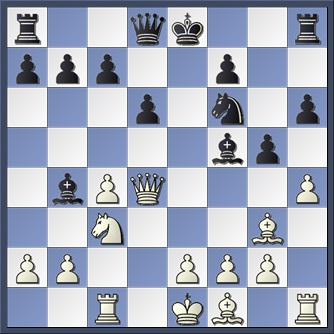 A brilliant refutation of the flank attack initiated by Keres. 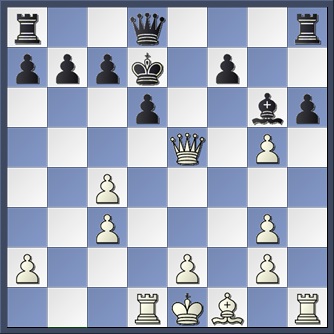 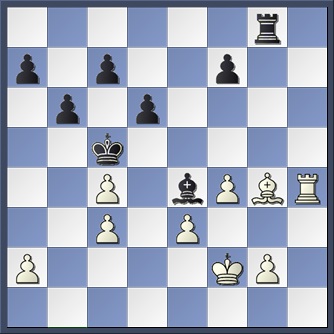 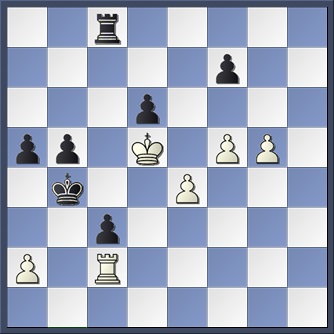 Yet there are some regrettable missed opportunities in this book. Opening it for the first time, the reader is immediately struck by the acknowledgements section, which is truly impressive. McGowan’s words of thanks, which stretch over two pages, give the reader good reason to expect the best. Not only does it read as a ‘who’s who’ of chess scholars, but it reveals that the author’s long study of his subject brought him into contact with many of Richter’s former opponents (including Rudolf Teschner who eulogised Richter on his death as ‘friend, my teacher, and adviser’) and above all with Richter’s brother Gerhard.

McGowan’s correspondence with Gerhard Richter continued for years and he supplied ‘a considerable amount of information, including documents, photographs and scoresheets’. So it is somewhat disappointing that this intense contact fails to come across in the book. We learn that Kurt was ill during his youth, and that this affected his whole life, but hardly ever do we learn more about him personally. Many references to information provided by Gerhard actually derive from an old article in the Deutsche Schachzeitung, and not from his correspondence with the author (for example, p.138, footnote 4). 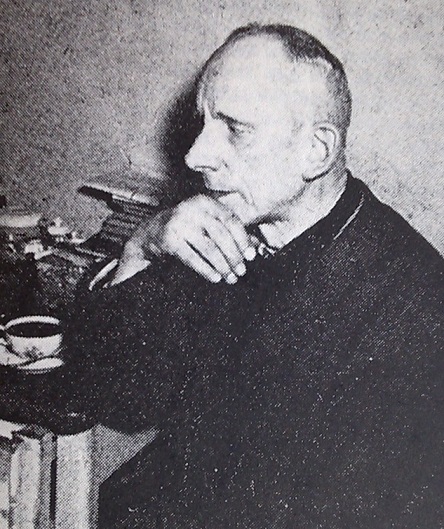 McGowan often shows self-restraint, seemingly in deference to the ‘rule’ set by some chess writers that restricts the ‘chess historian’ to mere facts and excludes anecdotes, sketches and impressions of the time. Although Richter’s chess career is covered in detail, his character remains rather flat, and the author does not really examine his childhood or life under the Nazi regime and in East Germany. Richter is not brought to life as a human being and the reader does not learn much about his personality or personal history beyond cursory details such as his dislike for travelling or his serious illness as a child.

The same goes for the ‘zeitgeist’ that does not really shine through the book, despite the fact that Richter lived in a fascinating era much of which remains undiscovered. We learn little about, for example, people like Erhardt Post and Otto Zander, strong chess players and officials in the service of the Nazis. Sometimes McGowan mentions disputes, even involving Richter (p.65, footnote 16), but he prefers to skim the surface rather than scrutinise the details of these conflicts. From time to time McGowan deals with Richter’s attitude towards the Nazi regime, but drifts into vague and far-fetched conjecture. Take, for instance, the following line Richter played against Becker during the ‘German-Austria Friendship tournament’: 1 e4 e5 2 Nf3 Nc6 3 Nc3 Nf6 4 d4 exd4 5 Nd5. The game was played on 12 March 1938, i.e. the day when early in the morning German troops crossed the Austrian border leading to the Annexation of Austria. McGowan comments:

‘We can only speculate about what was going through Richter’s mind when he replicated real life by moving into the Austrian’s half of the board. Was this simply an expression of German-Austrian friendship or did he have something more symbolic in mind?’ (p.177)

A few moves later Richter made a mistake and Becker won the game.

On page 103 McGowan tells us more about ‘Dr Zabel’, the fictional aspiring chess master Richter invented for instructional purposes. The notes to the games involving Zabel are among the most interesting in the book. McGowan concurs that ‘such games provided some insight into the way Richter viewed chess in general’, but he hardly explores this figure and fails to examine Zabel’s comments to elucidate Richter’s views of chess. On p.271, close to end of the book, McGowan suddenly mentions ‘Ben Akiba’, ‘another figure invoked by Richter in his writings’, but the reader learns nothing more of him. We are left in the dark as to whether Richter created more characters like this.

Despite these criticisms, Alan McGowan’s book is full of brilliant games, deeply annotated, and anyone with even the faintest interest in chess history in general (and especially of those difficult interwar years) will give himself/herself a major present by purchasing it. It is a fascinating reconstruction of Kurt Richter’s life. Also noteworthy are the numerous, often truly outstanding, photos of chess masters. Many have not been published before and contain close-ups of famous as well as lesser known chess masters. Needless to say, their presentation is enhanced by the classic layout McFarland has designed for its biographies.