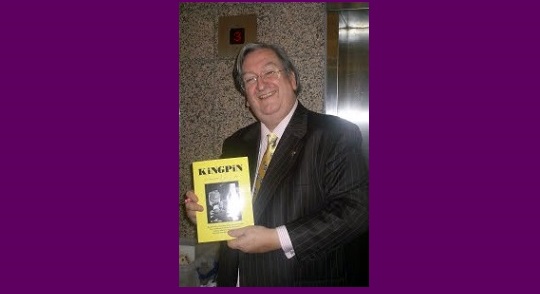 I have been totally and utterly besieged, inundated, deluged, submerged, flooded, swamped, overwhelmed and snowed under by amazingly fascinating readers’ comments on the fascinatingly amazing game I presented as a tribute in The Times of 25 February, in which I paid homage to the brilliantly exciting New York star Paul Morphy (1836–1883), a contemporary of England’s amazing Howard Staunton, our very own world champion whose trail-blazing Handbook is available as a collector’s item as a tribute from Batsford in a deluxe reprint. And yet, absolutely amazingly, there is still whingeing in some quarters about British chess literature!

This remarkably superbly brilliant duel of the mind, one of the most gloriously fabulous ever conceived by the human brain on Planet Earth, spectacularly shows Morphy playing utterly blindfold with the white pieces, which experts say is equivalent to having the advantage of the serve in tennis. His utterly humiliated and humbled opponents were GM Count Brandenburg and IM Duke of Isolde, and amazingly this wonderfully imaginative mind duel sensationally blasted its way in tremendous style onto the chess scene during a glittering performance in Berlin in 1857 of Wagner’s Tristan and Isouard. Phenomenally, this shattering triumph was unearthed for presentation as a collector’s item in The Times only after dazzlingly exhaustive ransacking of the stupendously sumptuous Batsford chess library to which I paid homage in The Times last week.

Here is the possible crucial position, one of the most amazing I have ever seen.

The board is literally in flames and the octopus-like tentacles of White’s pieces send staggering shockwaves around Black’s vitals and form a breathtaking crab-pincer movement absolutely reminiscent of a boa constrictor bloodthirstily lashing out on its possibly final onslaught with the marvellously spider-like weaving of an astoundingly magnificent mating net that many experienced experts say may have foreshadowed the Steinitzian trench warfare of the First World War, as subsequently echoed absolutely fascinatingly by our own Nigel Short, heroic challenger in the colossally memorable Times World Championship Match, to which the official book, still available from Batsford, pays homage.

The totally mind-boggling convolutions of Morphy’s utterly brilliantly sparkling play irresistibly remind me of the absolutely amazing illegal dénouement to the utterly shameful 1985 world championship match, which controversial FIDE President Campomanes (a self-confessed avid devotee of President Marcos’s political speeches, as noted in the authoritative Batsford match book) arbitrarily halted just as our own towering genius of chessboard art and science Garry Kasparov, unquestionably in my mind the Shakespeare and Leonardo da Vinci of chess, began to win game after game after game. To my mind it was undoubtedly the most utterly shameful act the chess world had witnessed since 1485. Morphy, in a position fascinatingly similar to the one which arose in a scintillating simultaneous display and banquet that I recently gave at the fashionable Hackney Social Club to help make chess as popular as snooker and to raise funds for an English Chess Association tombstone, an absolutely wonderfully glittering and star-studded occasion that was also attended by celebrated Times artist Barry Martin and leading statesman Jeremy Hanley M.P. and was brilliantly refereed by highly respected Batsford author Eric Schiller, played the totally amazing

2 Rd8 and checkmate next move cannot be avoided.

From my absolutely groaning mailbag on this fascinatingly fantastic position, Bob Stooge of Totnes and Cyril Foyle of Penge suggest the exciting 1 Rxd7 as a possibly more decisive continuation. However, Morphy’s line seems more immediately winning. Jimmy Butt of Tower Hamlets suggests 1 Qb6, threatening 2 Qd8 mate. Although this wonderfully spectacular try gains full marks for imagination, Black can defend by capturing the queen. Another alternative, suggested by Craig Green (aged 8) of Clapham Common, is 1 h3, but the actual game has a possibly more energetic finish. Finally, Tom Noddy of Winchelsea suggests 1 Nc7 checkmate. This would work in all variations but unfortunately the move is not legal under the Rules of Chess because there is no white knight on the board. A six-month subscription to the prestigious British Chess Magazine, which experts say is vastly proud of its association with this column, goes to all these eagle-eyed Times readers. Well done!

As a tribute and homage, all next week I shall be publishing in full in The Times the exciting qualifying problem for Britain’s own Lloyds Bank Problem-Solving Competition. Excitingly, experts have noted with stunned amazement that for no less than the past successive ten years in a row Times readers have totally overwhelmed the organizers with far and away the most replies, setting a possibly unique record, so keep up the good work! It is an extraordinarily amazing checkmate-in-two puzzle by Britain’s own T.G. Dawston, with White to move, which experts say is like having the advantage of the serve in tennis.

This highly-charged position is from Andersson v Keene, Nice Olympiad, 1974. What did the players come up with? A copy of Irregular Openings will be awarded to the winner.

With acknowledgement to Sean Marsh for withholding permission to reproduce the display photo (which we duly publish in the public interest).

Chess Annotation as a Fine Art