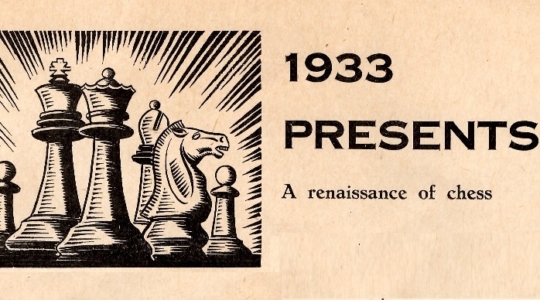 “There is a new era in chess. For the past three years new clubs have been springing up in mushroom growths, chess books of all sorts are avidly bought, library shelves are depleted of these volumes. Newspapers are giving more space to the game, recognizing the growing demand for news. Correspondence leagues are thriving, so even one buried in the “sticks” can have his battles royal.

There are new players also, as is only fitting. It is only in the last three years that we recognize the names of Salo Flohr, Sultan Khan, G. Stoltz, E. Eliskases, all well ender thirty. In the USA we have not been wanting. Besides I. Kashdan, whose deeds are well known, there are such worthies as Arthur Dake, I. Horowitz, and H. Steiner of the victorious Olympic Team. There are the prodigies Sam Reshevsky, the Polish boy wonder, and Reuben Fine, who at eighteen already has several prizes to his credit.

So much for facts. All this has happened in three years. Where shall we look for the explanation? It is significant that the revival of chess interest dates with the commencement of the depression. The orgy of spending is over. People look about for some saner, more economical method of spending their leisure. What more ideally fits the purpose than chess? What form of entertainment ever invented can offer the true pleasure and satisfaction of a hard fought game, of a pretty problem solved, of a brilliant conception over the board? And all this to be had for the price of a set of chessmen and a board.” 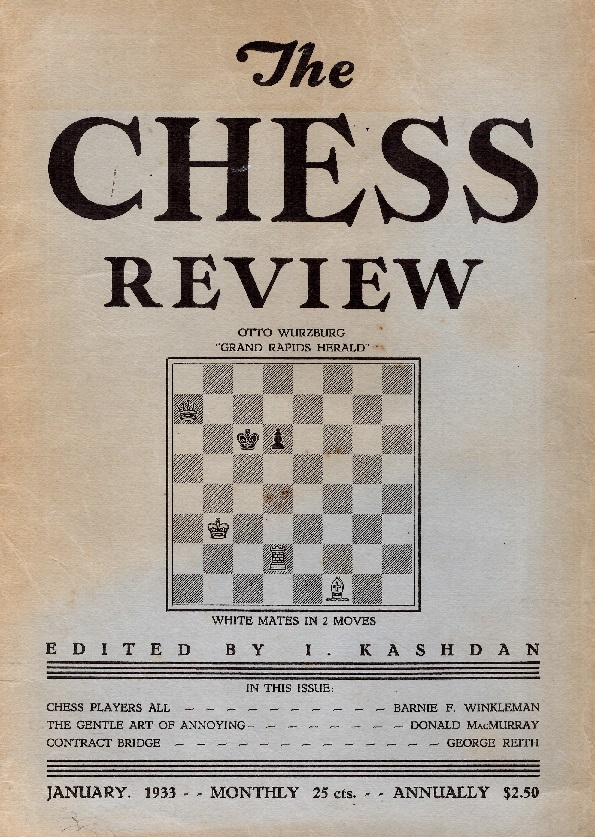 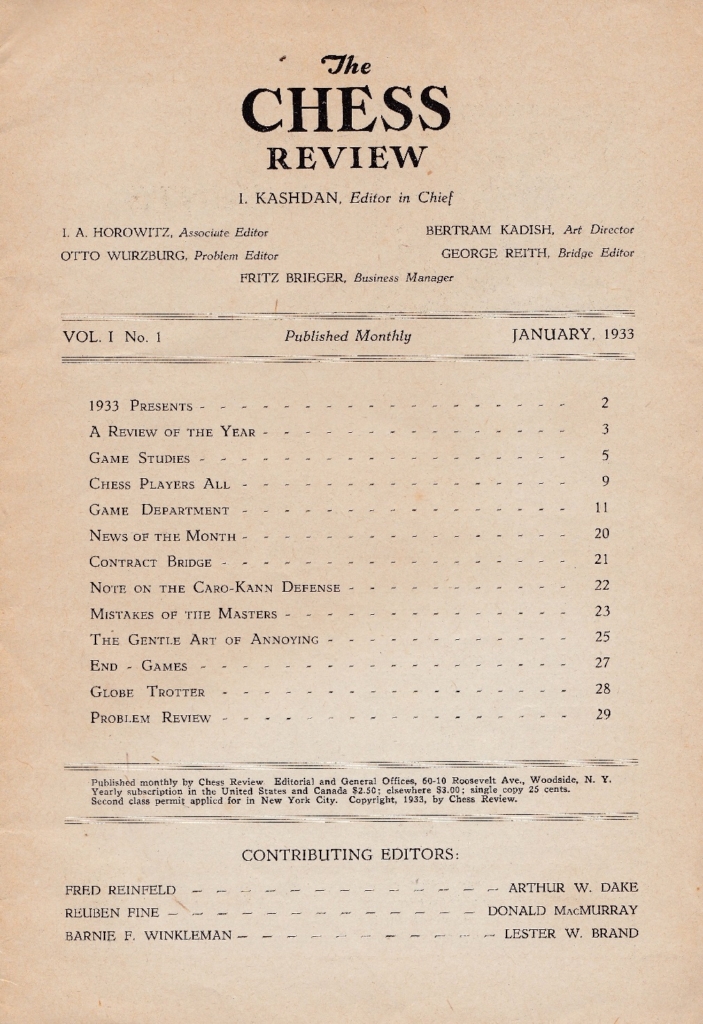