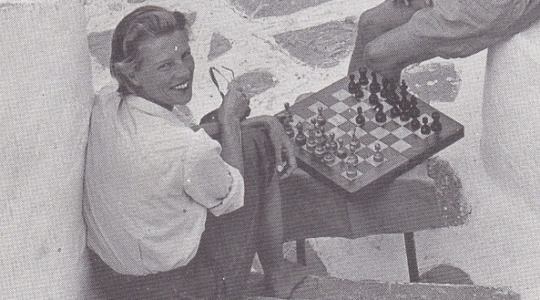 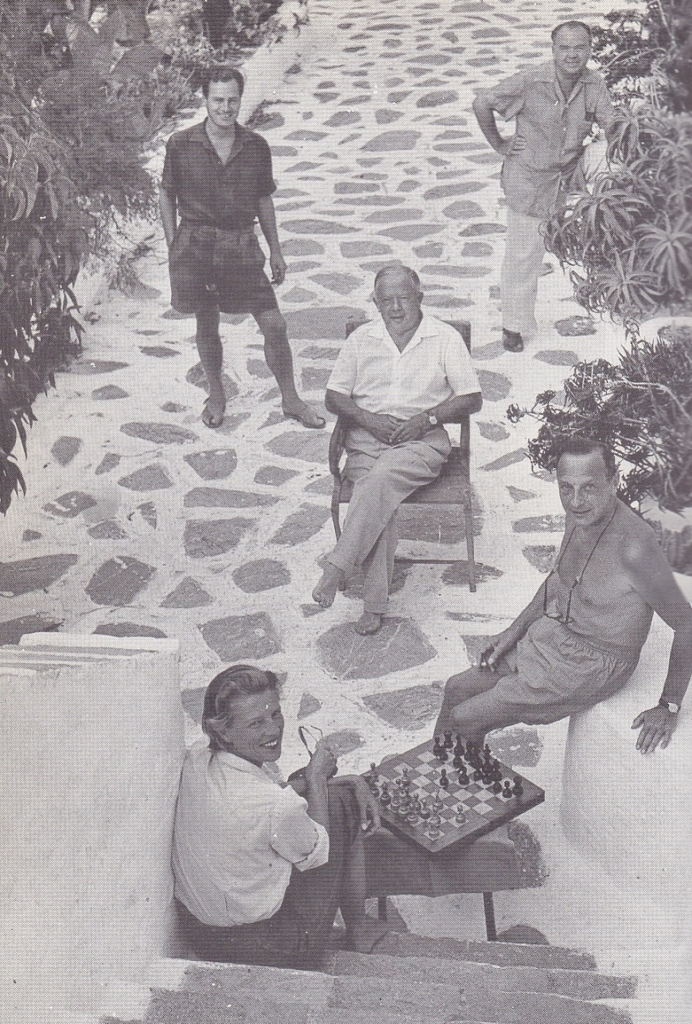 Joan Leigh Fermor (née Rayner) was ‘addicted to chess’ (obituary, Daily Telegraph, 5 July 2003). Her opponent in the picture is unknown and thus spared the indignity of having his name associated with a move as mysterious as Ng8-e6.

Joan’s erstwhile suitor, the critic and journalist Cyril Connolly (top right) was also fond of chess. His writing offers little evidence of his interest in the game beyond a brief mention in Enemies of Promise (see Chess Notes 4569) but he would surely have known how knights are supposed to behave.

You are here Home 2020 October Horsing Around