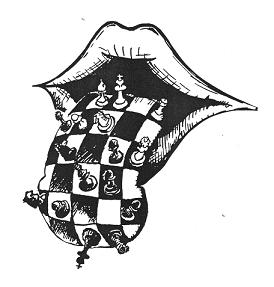 You read some strange things on the internet. Chesscafe carried a review of Glenn Flear’s Practical Chess Endings which asked the curious rhetorical question, ‘Is this the best book on endgames ever written?’.

I just paused there to let that sink in. Now Glenn’s a nice chap ‘n’ all, and his book’s nice enough too, but really and truly there’s only one answer to this question and that’s, ‘Of course it isn’t, you fucking peasant, have you never heard of Cheron?’. Or of Troitsky, of Grigoriev, of Smyslov and Averbakh, come to that.

One realises of course that these ‘reviews’ are in fact merely puff and that the most crucial line of any of them is the one at the bottom reading ‘click here to purchase’, but for some reason this one had the Pawn foaming at the mouth particularly. Not every best book ever written was written in English in the last ten years, you know.

While we are speaking of endgame books, is the Pawn the only one who thinks that Messrs Hajenius and van Riemsdijk would have done better to call their little work on pawn endings something other than The Final Solution? It isn’t easy to understand how recalling the racially-motivated slaughter of six million people is either tasteful or helpful when describing a few examples of this overgrown fox-and-geese subgame.