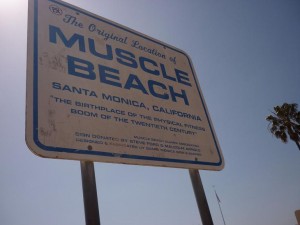 ‘Birthplace of the physical fitness boom of the twentieth century’ 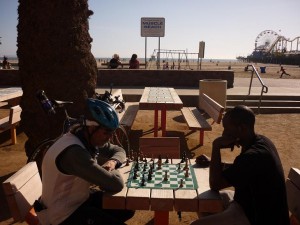 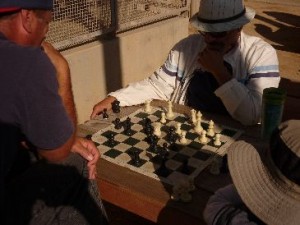 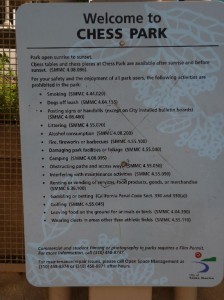 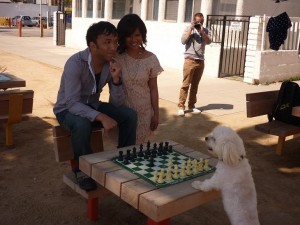 a couple celebrate their engagement with a photoshoot 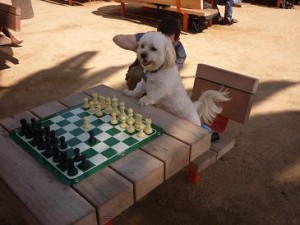 while Humphry defies the ‘dogs off leash’ regulation 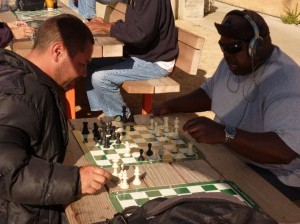 ‘No fire, fireworks or barbecues’ 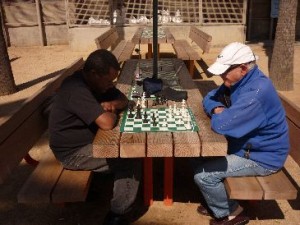 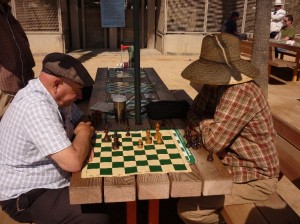 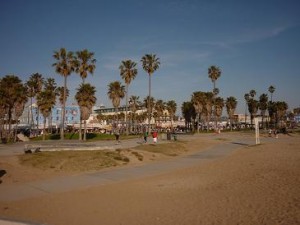 On adjoining Venice Beach Jim Morrison and Ray Manzarek formed The Doors in 1965. 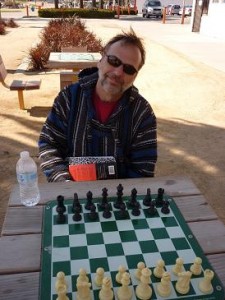 Although no longer an active player, FM Matthew Beelby still follows the game closely. We found him in the Chess Park testing himself with a copy of John Nunn’s Chess Puzzle Book.

Matthew’s most cherished memories are of playing Andor Lilienthal in Budapest and meeting Mikhail Tal. Here of two his fine efforts:

And a lucky escape: 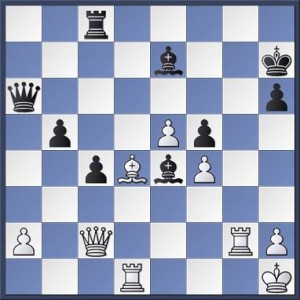 Matthew played 33 Rdg1 after which Akobian could have won comfortably by maintaining the pin on the long diagonal and advancing his c-pawn. But after 33…Bxc2? 34 Rg7+ Kh8 35 e6! it dawned on the GM that he had no more than a draw: 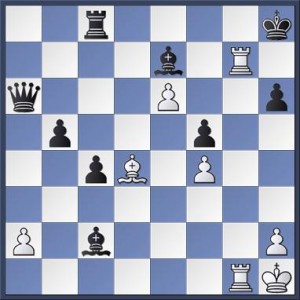