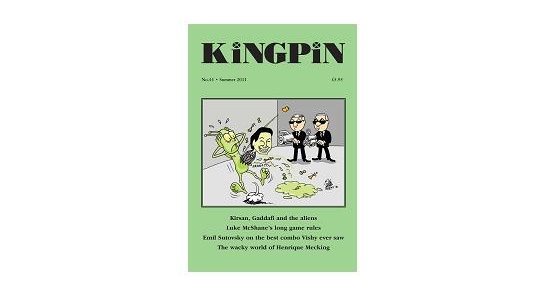 ‘excellent production quality and content . . .  the only chess magazine worth buying besides NIC‘ 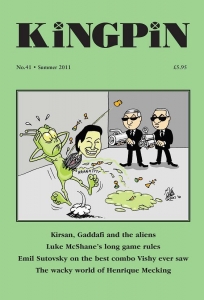 Kibitzing with the Poisoned Pawn
Carlsen, Kirsan, Gaddafi and a new anagram for Nosher

‘In the “Slow Chess Movement” of the future,’ says Luke McShane, ‘mating attacks are an abominable relic, extravagant manoeuvres are king, and life begins at move 40.’

Is the World’s Flag about to Fall?
Sam Aldridge explores the bizarre universe of former Brazilian prodigy Mecking

One of the world’s great attacking players describes his most brilliant combination, the best Vishy’s ever seen

‘That the world’s news sources are prepared to accept what passes for the FIDE leader’s brain is a rare example of the upside of chess not being taken seriously.’

Olimpiu G. Urcan on Kirsan and his crazy X-File notions

Discover the worst chess book Justin Horton has ever read