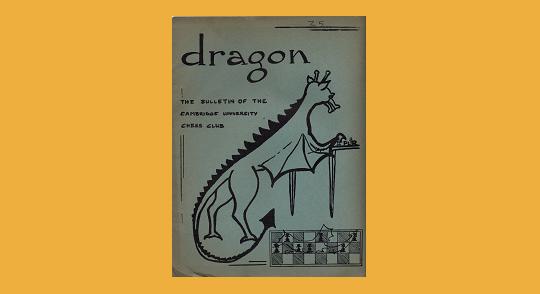 This event was held in Harrachov, Czechoslovakia in July and Cambridge University provided two members of the English team. On board two I scored two wins, nine draws and one loss in soporific style while on board three R.D. Keene made the fine score of five wins, five draws and one loss. (Basman and Whiteley played on boards one and four respectively  -Ed.)

England had her best ever result in this tournament, finishing in third place behind the USSR and USA.

These are the brief facts summarising the tournament, but they cover up a long tale of intrigue and bad chess. I shall restrict myself to discussing the intrigue. Before continuing, however, I must give a glossary of Americanisms that may appear in the following paragraphs. Since the American were one of the more interesting teams this is essential for understanding what follows.

Firstly a ‘lemon’ is a blunder or a mistake; a ‘fish’ is a rabbit, i.e. a weak player; and finally ‘busted’ means having a lost position. Thus a fish who makes a lemon is busted. 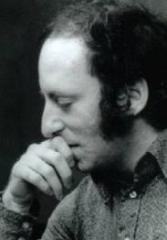 The two Americans who made the greatest impact were their boards one and three. Bernard Zuckerman, the top board, is possibly the greatest opening theoretician in the world. He introduced himself to the English team by telling us what was wrong with our articles in Chess on the Dragon Sicilian (they were all completely wrong, incidentally) and then showing us some of his games, in the style of Morphy, against an opponent reported to be the Duke of Brunswick. I found Zuckerman’s arrogance and general obnoxiousness quite amusing, but most of the other Englishmen found him unbearable at first but grew to like him as time passed. We all learnt a lot of opening theory anyway! 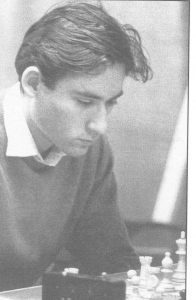 The American third board, Larry C. Gilden, had the same general character as Zuckerman, without the genius. He followed Zuckerman about everywhere acting as his yes-man and stooge.

The first ‘incident’  of the tournament occurred in the second round of the finals during the England-USA match. After about half an hour’s play, Gilden, who was playing Keene, announced in a loud voice ‘Dis board stinks!’ Misunderstanding the idiom, Keene cautiously sniffed at the board without discovering cause for complaint. It transpired however, that the American was objecting to a slight discontinuity in the line dividing the ‘d’ and ‘e’ files, caused by the fold in the centre of the board. Another board was substituted and play continued.

About ten minutes later a violent thunderstorm broke. The organisers just had time to secure all the windows of the tournament room before the lighting failed. This left about threequarters of the room too dark for play. After a short time the chaos was sufficient to prevent all play and various suggestions were being offered to solve the problem. Gilden suggested that the games of our match should be moved into the light where they could continue. He claimed that as the Americans were leading the tournament they should continue forthwith. The general opinion, however, was that one round was insufficient to determine a real tournament leader, and anyway mass moving of tables was undesirable.

In the meantime Zuckerman had removed Tukmakov’s queen from the board and was proceeding to adjudicate all the games.

By now one candle had been placed on each table and Gilden had announced that if another was placed at the opposite corner of the board he would be prepared to resume play. By the time an extra candle had been procured for every board in the room the lights came back on!

The match continued without further incident until the following morning the adjourned games were resumed. On seeing Keene’s sealed move, which was a lemon, Gilden laughed, then summoned some other members of his team to laugh with him.

I found it sad to part company with the Americans; they were such interesting cases. Gilden, incidentally, is training to be a psychiatrist. The last words I heard Zuckerman speak in Harrachov were on receiving the information that he would be returning home via Yugoslavia. ‘What do I want to go to Belgrade for?’ he asked, ‘I’ve seen the zoo there.’

With that thought I shall conclude, and return you to sanity.

Reproduced with permission from Dragon: The Bulletin of the Cambridge University Chess Club, Volume 9, No. 25 (September 1967). Contact the club for more information.