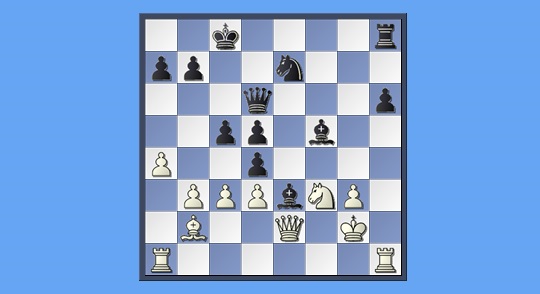 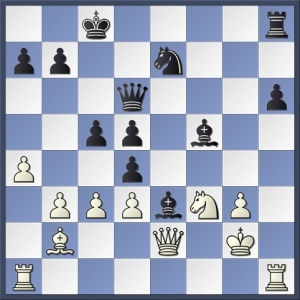 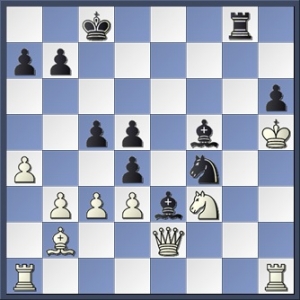 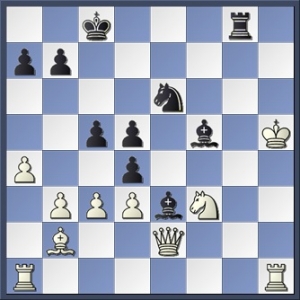 The winner of this game, Albert Whiting Fox (1881-1964), is one of the forgotten masters of American chess. A journalist for the Washington Post and later a lawyer, the Bostonian outshone several of his better known countrymen in what was a relatively short chess career.  In his Essays in American Chess History (Caissa Editions, 2002) John Hilbert writes that Fox ‘had a most interesting life of his own and deserves a biographer in his own right’ (p.72). 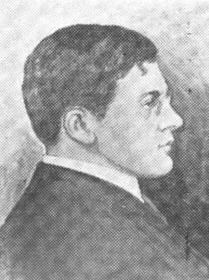 Fox rarely met world-class opponents but on his first international outing at Cambridge Springs in 1904 he caused a sensation. Drafted in as a last-minute replacement, he defeated four of Europe’s leading players: Schlechter, Teichmann, Janowski and Chigorin. Only the first win was a fluke – the Austrian pressed the self-destruct button with a kamikaze king charge. 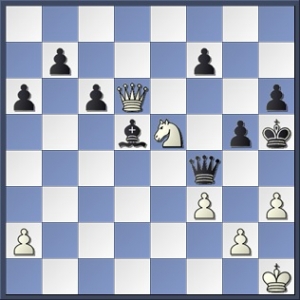 Two pawns down, Fox is on the brink. After 33…b5 and 34…a5 he would have no answer to the further advance of the a and b pawns. Only a remarkable stroke of luck saves him.

Aiming for a back-rank mate by advancing his king to g3, Schlechter overlooks a vital detail.

The versatile move Schlechter missed. The knight covers the mating square c1, the escape square f2 and forces the queen from the h2-b8 diagonal. Suddenly the vulnerable king is Black’s, not White’s. 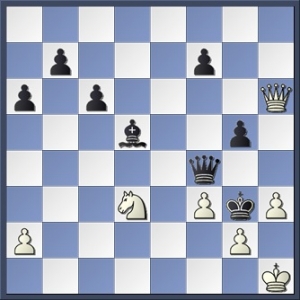 Black cannot prevent the White queen delivering the final blow on the h-file. 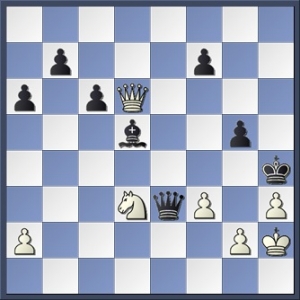 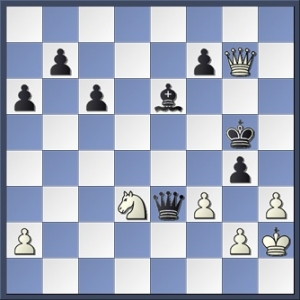 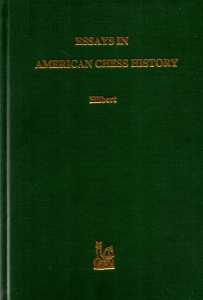