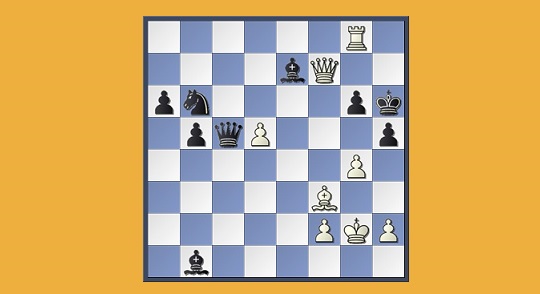 ‘Here I spent quite a bit of time. First of all, even if you have enough time approaching the time control, you will inevitably get some heightened emotions approaching move 40. It is almost always very useful to calm down before making more decisions. Chess history is full of big mistakes made on move 41 or 42, probably because of adrenaline and other hormones impacting the brain in a way that does not work well together with making longsighted rational decisions.’ 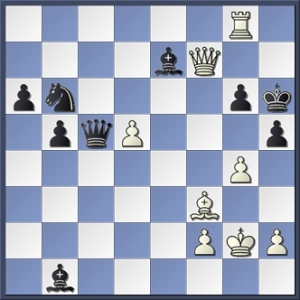 Samuel Reshevsky was as incurable a time-trouble addict as Alex Grischuk. According to The Oxford Companion to Chess, ‘For the first 20 moves he would take most of the time allotted  for the first 40, believing it important to build a sound position, so that further moves could be played rapidly if necessary.’

This game had followed the familiar pattern. After 39 moves, with both players short of time, Reshevsky flashed out 40 Qxg6 to deliver a phantom mate. 40…Bxg6  0-1.

Can you do better? 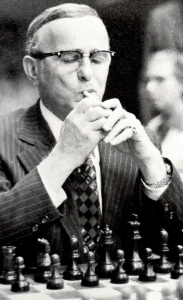 Reshevsky photographed during the event by Bert Hochberg 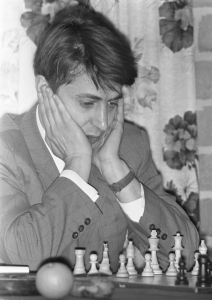 Curiously, the tournament book (p.270) gives the players’ clock times as 2.12 and 2.29 respectively, suggesting that Reshevsky had a full 18 minutes remaining to Savon’s one. 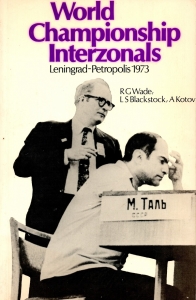