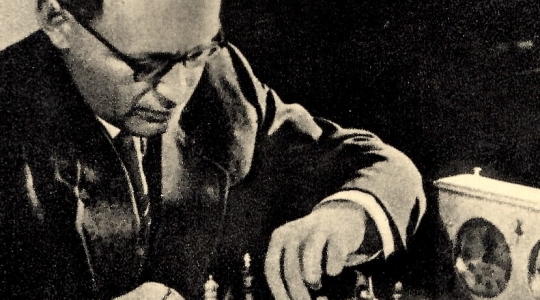 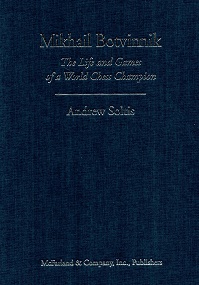 Mikhail Botvinnik: The Life and Games of a World Chess Champion

The Patriarch never had an official biographer. He didn’t want one. His autobiography Achieving the Aim appeared in English in 1981, and Botvinnik wrote copiously about his life and career in the trilogy Analytical and Critical Work.

The portrait that emerges from these writings seems complete but it isn’t. Botvinnik conceals as much as he reveals. He doesn’t lie but he’s often economical with truth. Soltis also finds the autobiography less than satisfactory – in his words, self-serving and disingenuous. It also lacks the political context that is essential to understanding the man, and this one of the reasons why Soltis chose to write this book. 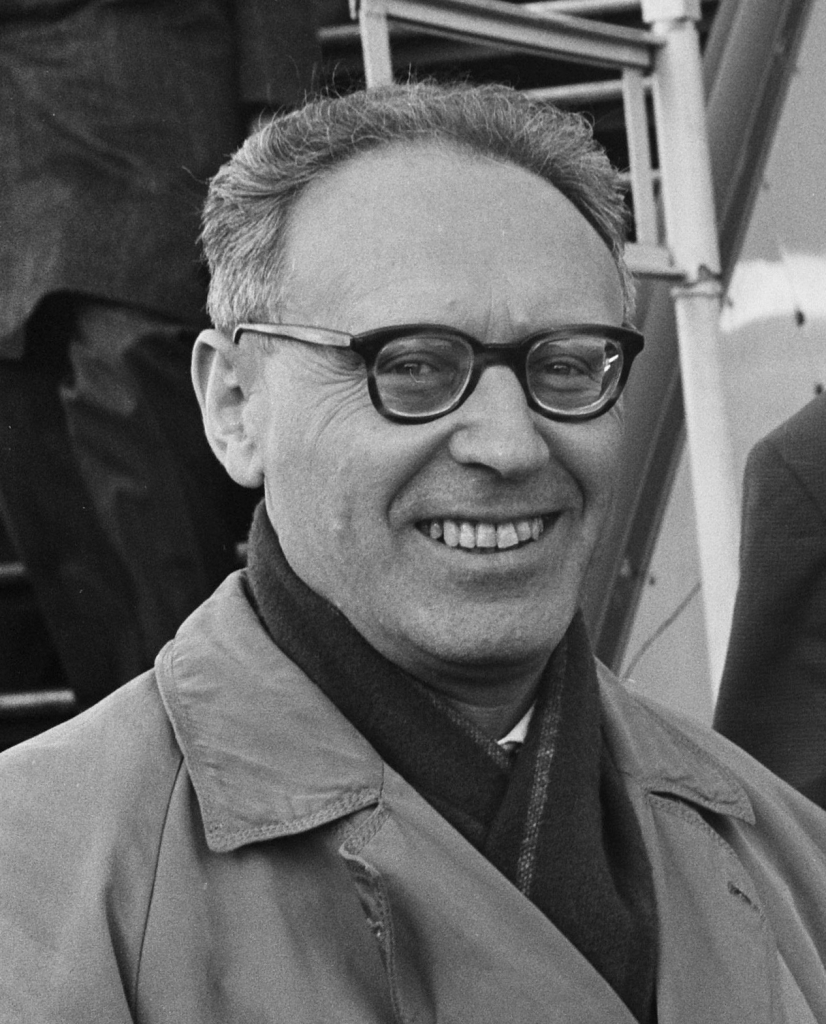 Soltis is a sympathetic but critical biographer. He offers plenty of observation and comment from Botvinnik’s contemporaries, especially his opponents and rivals, but they are not always reliable.

A case in point is Bronstein’s contention that he was under tremendous pressure during the match with Botvinnik worrying that his father would be arrested in the playing hall. The old man had spent years in the Gulag and had no permit to live in Moscow, and if he was in danger why would he have risked causing his son anxiety by attending the match?

Furthermore, Bronstein had influence. He had a powerful friend and protector in Boris Vainstein, a senior official in the NKVD (Soviet secret police) who served under Beria. Given that he had pulled strings to relocate Bronstein from Kiev to Moscow, why could he not have obtained a residence permit for his father if required? Similarly it’s hard to believe that Petrosian never wanted to be world champion, as his son claimed, and it contradicts the Armenian’s own account of the match.

Soltis carelessly describes Botvinnik as a scientist, but he wasn’t – he was an electrical engineer by profession. It’s more accurate to call him a technocrat as Soltis himself indicates in the following passage:

‘There had been distinct strands of Communist thinking for decades. “Romantic” Communism had faith in the people joyously working together to forge a new, classless society. “Radical” Communism, on the other hand, took the harder line that the people should focus on creating the new society by destroying the bourgeoisie. Botvinnik appears to have been a follower of another strand, “Technocratic” Communism. In this view, the people will wipe out inequality and poverty by industrializing the economy with the help of modern tools and central planning. This view emphasized the patriotic need for engineers and scientists.’

Botvinnik had the self-discipline and dedication to combine a busy professional life with a chess career. He was a Communist and his belief in the Soviet state was genuine. In his long life he witnessed both the Great Terror and the Second World War. The first initiated by Stalin cost the life of friends like Kaminer; the second took his brother Isaak. Botvinnik’s attitude to the dictator remained ambivalent – he recognized the excesses but condoned them as historic necessity. 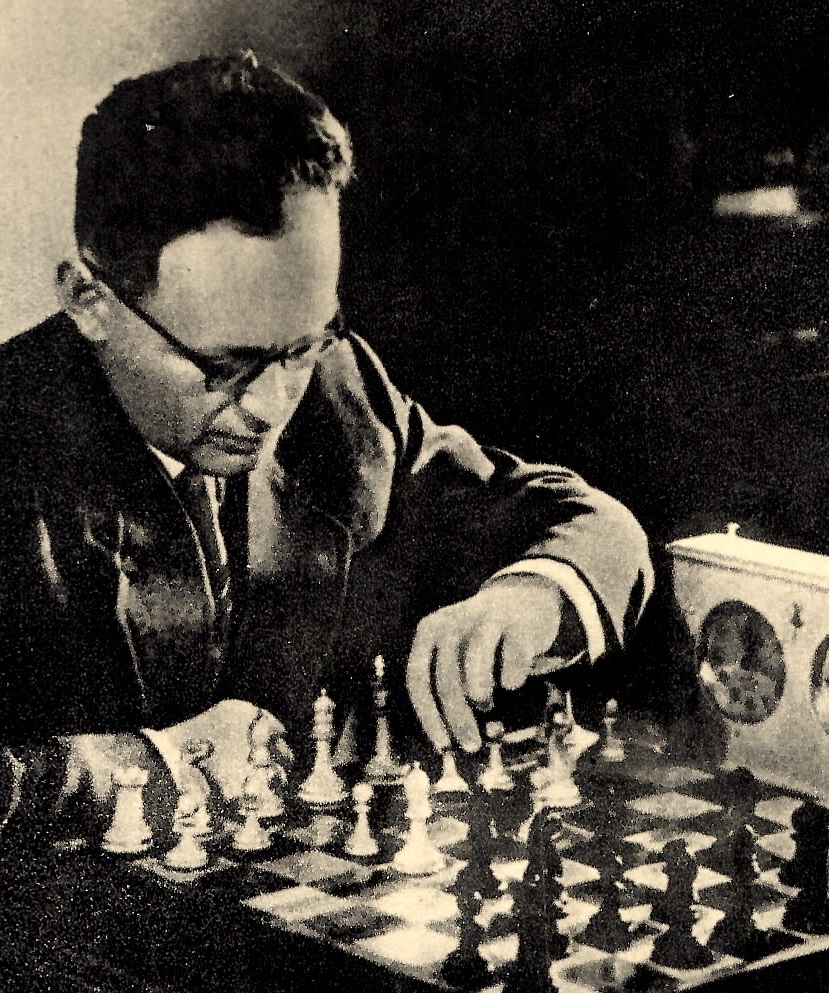 His own conduct during the Great Terror was not above reproach. Stalin’s commissars initiated a campaign against the intelligentsia and the artistic community. Poets, painters, musicians and theatre personalities all suffered. Chess players weren’t spared either.

In March 1936 an article entitled ‘Confusion in Composition’ appeared in Shakhmaty USSR. Co-authored by Botvinnik and Lev Spokoiny, the magazine’s editor, the article launched a blistering attack on a few composers accusing them of ‘formalism’. It targeted problemists like Mikhail Barulin (1897-1943) whose compositions were held to be too abstract to help practical play. Barulin replied arguing that composition was an art and should not be judged in such narrow utilitarian terms. The next issue contained a sharp rebuke signed by Botvinnik. Art for art’s sake was unacceptable in a proletarian state and the authorities would deal with such deviancy. Barulin paid the price for his independence of spirit. On the night of 13 November 1941 he was arrested and accused of anti-Soviet activity. He died a year later. Ironically enough, Spokoiny was also arrested and disappeared in the Gulag. Decades later Botvinnik wrote that he was responsible only for the chess content of the exchange with Barulin, not the political line. In other words he had no part in Barulin’s  subsequent fate. For some reason Soltis does not probe further and  instead relates an account that reflects better on his protagonist’s character. 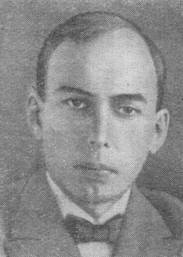 During the match with Levenfish in 1937 Botvinnik took an unexpected phone call in his hotel room. It was his old friend Kaminer, an accomplished composer of endgame studies. Fearing for his life in the Terror he sought Botvinnik’s help.

‘Here in this notebook are all my studies,’ he said. ‘Take them, for otherwise I fear that they will disappear with me.’

He was arrested soon afterwards and shot on 27 September 1938. Botvinnik secretly kept the folder and the studies were finally published in book form in 1981. Viktor Malkin said that this illustrated ‘one of his best characteristics … a surprising sense of obligation … To hide a notebook of an “enemy of the people” was dangerous, but Botvinnik preserved it and published it.’

Under Stalin he was careful. He included a few of his studies in Izbranniye partie, a collection of his games published in 1949. One of the studies was a joint composition with Kaminer. He mentioned that it was a collaboration but omitted the name of the friend who had been arrested and shot. 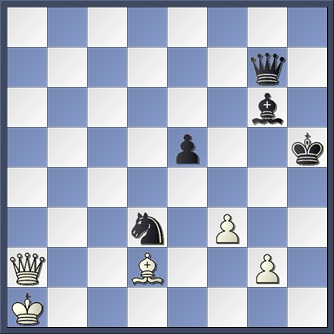 White to play and win

Botvinnik’s posthumous rehabilitation of Kaminer speaks to his moral courage and loyalty to a friend.

This brings us to the games. In all 88 are annotated with 128 diagrams. Soltis has used Botvinnik’s own analysis and also Alexander Khalifman’s commentary. On occasion this proves inadequate, as shown in the following examples. 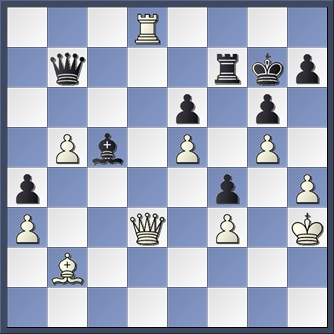 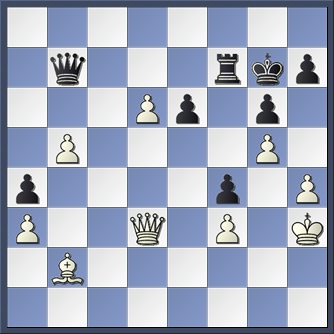 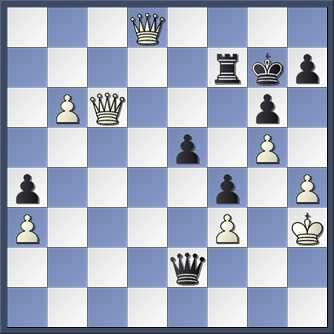 A remarkable position. Although White has two queens and a third on the way, he cannot prevent perpetual check. 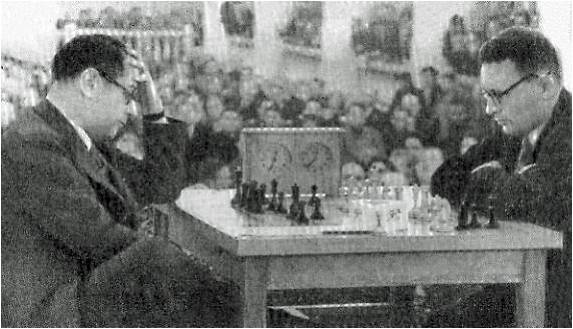 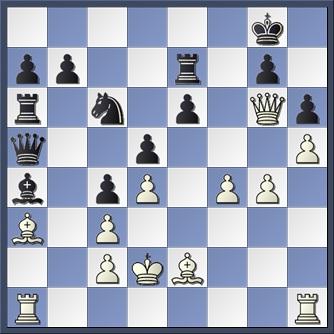 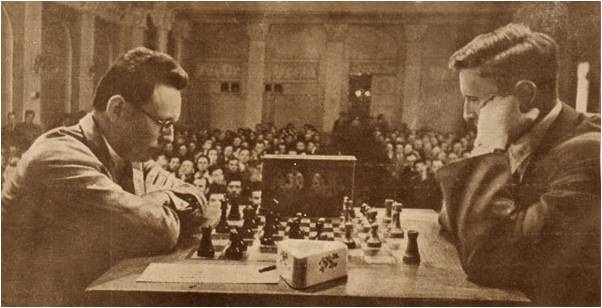 As these examples show, Botvinnik sought complex and difficult positions in this phase of his career. After winning the world championship in 1948 he relied more on his positional understanding and endgame technique.

Although Botvinnik retired from active play in 1970 he observed the chess scene to the end of his life. What he saw did not please him. He felt that chess had become big-time entertainment and had been corrupted by large prize funds and faster time controls. ‘I stand for chess remaining chess and not turning into tennis,’ he said.

According to his daughter he often said of speed chess, ‘It’s the death of chess as an art.’ Sadly, his views were not respected during the 2011 celebrations marking the centenary of his birth. Averbakh said that Botvinnik would have turned in his grave at the rapid tournament organized in his honour. This travesty of a memorial event featured leading players like Anand, Carlsen and Aronian. To their credit neither Karpov nor Kasparov attended.

Much of the material in this book is known and familiar, but it is a useful introduction to the life and legacy of the sixth world champion.