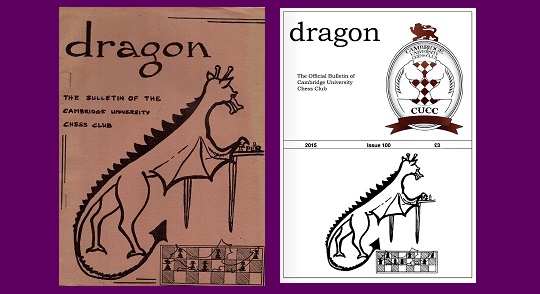 A landmark in chess magazine publishing passed unnoticed this week – and it wasn’t the relaunch of the BCM (that’s next week).

After 56 years in print, Dragon, the bulletin of the Cambridge University Chess Club, finally entered the digital age with its 100th issue. 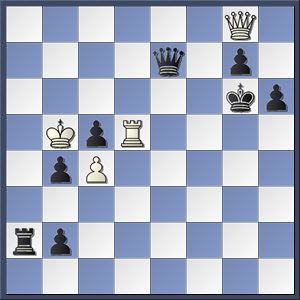 White to play and draw

In the best Dragon tradition, issue 100 is an entertaining mix of wild games, history and humour, and full of surprises – not least the conclusion to this game fragment. 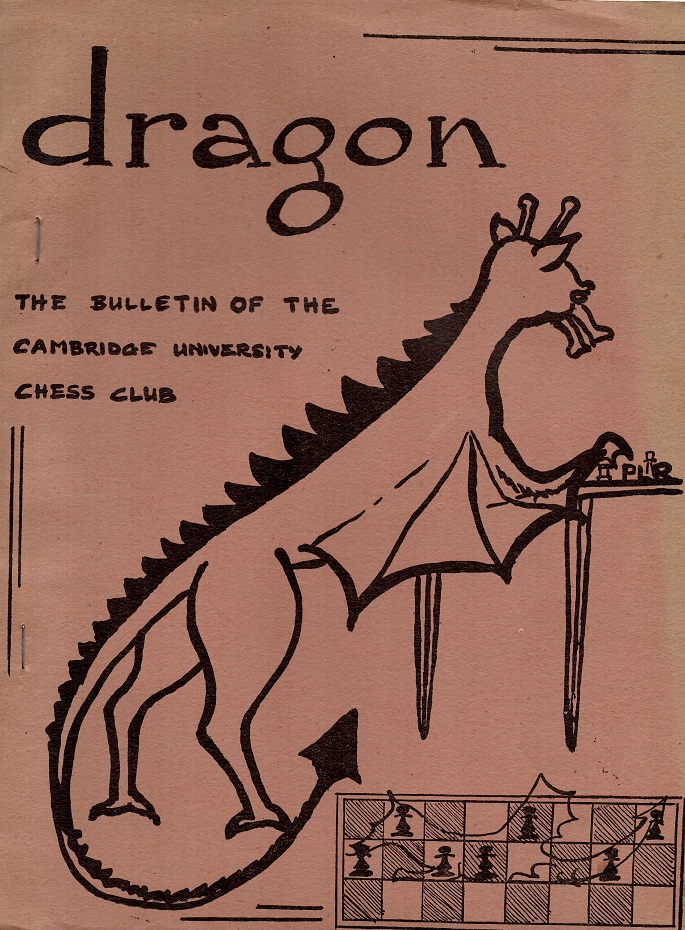 According to historian Richard Eales, Dragon was founded in October 1959, with K.W. Lloyd as its first editor: ‘The original significance of the name is now lost, though obviously derived from the notorious variation of the Sicilian Defence.’

Like most small chess magazines, Dragon began life as a labour of love.

‘The contents of many issues are very impressive, but production has remained lamentably amateurish. Spending afternoons covered in ink struggling with primitive duplicating machines does, I suppose, give one an insight into the early history of printing, or the Russian dissident movement.’

You can see how far Dragon has travelled since then by browsing its centennial number online. Ordering a print copy from editor Robert Starley (£3 +postage) would be a smart move, though, because you can bet that it will become a collector’s item. 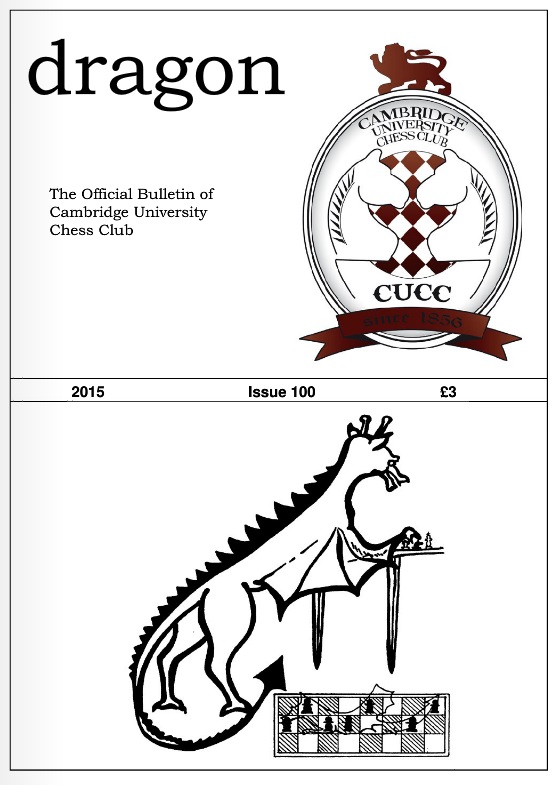 Although the older issues give the impression of having been cobbled together on a table in a kitchen, or more likely in the corner of some student bar, they fizz with sharp games, and sometimes with even sharper humour.

Dragon is where many of Britain’s leading players first turned their hand to writing about chess, with enthusiasm and abandon, before the onset of career, family and life’s other annoying distractions. Hartston, Keene, Stean, Mestel and Crouch are some of the names to adorn Dragon’s golden age. 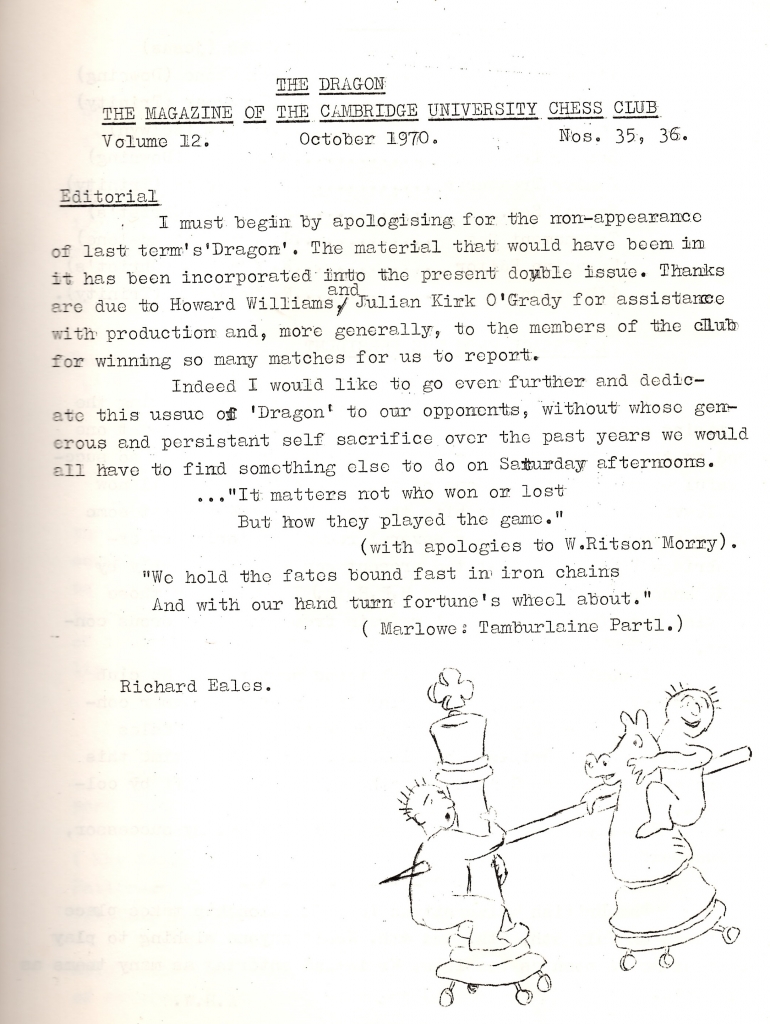 Former editor Richard Eales, who collected some of Dragon’s best articles for the booklet Cambridge Chess, offers a tantalising glimpse of undiscovered riches in the mag’s archive:

‘In the 1960s the magazine fell under the influence of the Cambridge satire movement, then flourishing, and issues were augmented with parodies and lampoons. Few of these could be reproduced here, for although the obscenity laws in England have been relaxed in recent years the libel laws have not. The samples given below may perhaps convey a little of the spirit of Dragon, without offending anyone.’ (p.50)

Sadly, there seems to be no complete run of Dragon. Wouldn’t it be wonderful to assemble a set from all of those back issues gathering dust in the lofts of Cambridge alumni? 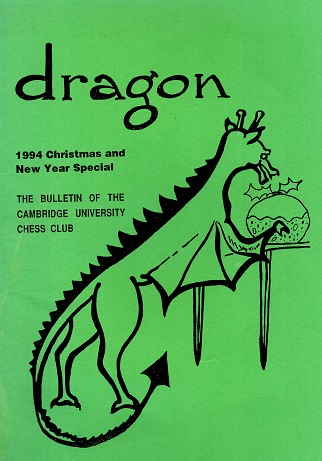 A fascinating clash of generations failed to make the final cut for Cambridge Chess.

In this intriguing tussle Wade ingeniously contrives to leave his knight en prise in the middle of the board for ten moves, tempting his young opponent to overreach. 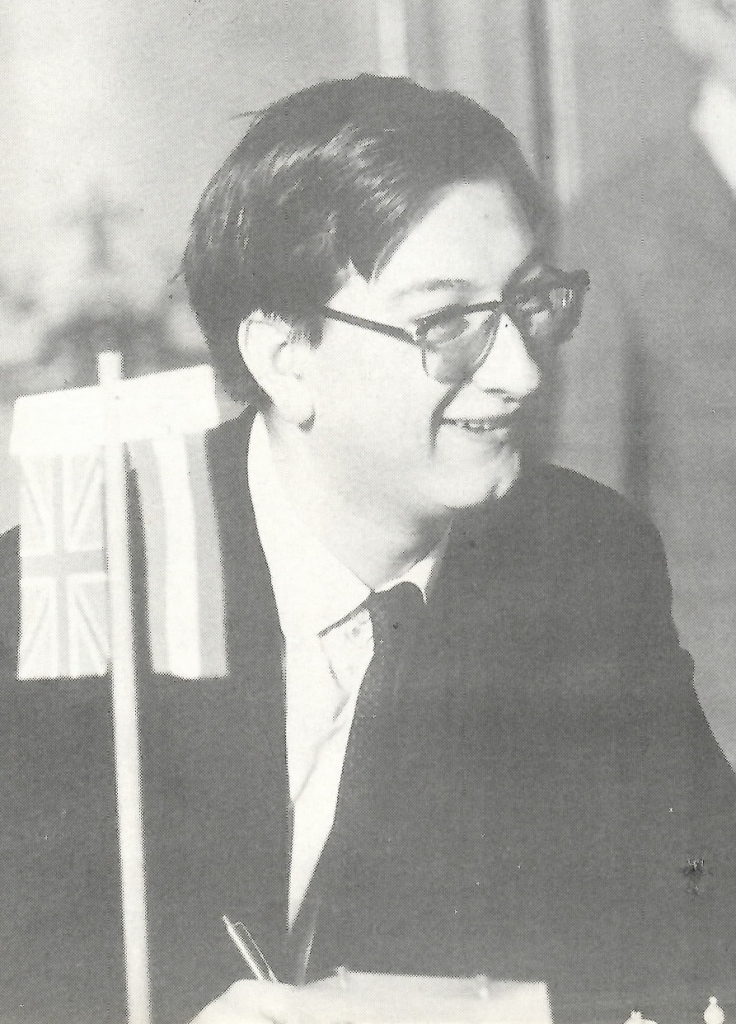 In offering this game to Dragon’s readers, Keene shows the preference for light punctuation over annotation that would characterise much of his later writing. 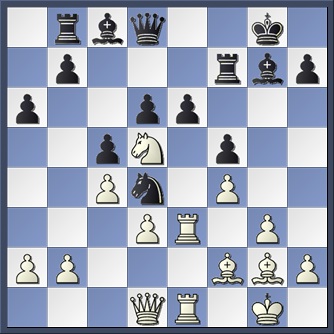 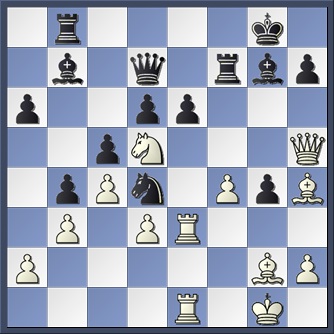 Ray Keene offers a small prize to the person who produces the best set of notes to this game!

The game’s final (and indeed only) annotation points to that famous talent to delegate (not least to Wade himself) that would drive Ray’s career, culminating in his annus mirabilis 15 years later. In 1985 Ray said goodbye rather than au revoir to Harry Golombek, whose Times chess column he captured, and to Wade, whom he ousted as Batsford’s chess adviser.

Since it’s not known whether anyone took up Ray’s offer to produce a set of notes, we accept the challenge in the hope of receiving a small prize.