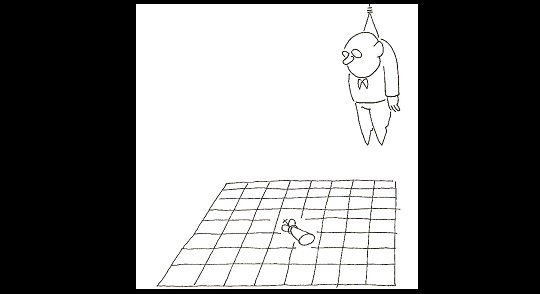 Should we still be playing suicide chess (also known as ‘antichess’, ‘losing chess’, etc.)? After all, computer analysis by Mark Watkins (University of Sydney) has recently shown that White wins (1 e3!) against all defences. In my view, this should not be a concern at all.

Some of the computer solutions rely on long lines (of esoteric beauty) that mortal souls cannot understand, let alone remember. Secondly, many other games have also been ‘solved’ in this way, but continue to afford pleasure to players of all ages around the world (checkers, anyone?). Thirdly, suicide chess offers great fun (and sometimes great frustration) but also has benefits as part of chess training, in that it makes chess players more aware of pieces that are protected or unprotected, and in that it forces players to do a fair bit of calculation, in lines of mutual capture that can go up to a dozen captures each. Finally, it has a dynamic and strategic principles of its own.

So let’s play suicide chess! To enjoy this chess variant more, it is good to know more about openings, pitfalls, and strategy. Typically, either White or Black gets (or can get) a decisive advantage within the first ten moves. It is therefore important to know a bit more about suicide chess openings, and this is what “A practical guide to suicide chess” offers first of all.

Several variations of suicide chess are practised around the world and on different Internet chess sites. The main rule, of course, is that the player who loses all their pieces wins the game. Checkmate is not the goal. There are a number of specific rules, and the ones adopted here are the following (which are most common):

·         kings can be captured like any other piece, and promotion to king is permitted

Since kings can be captured, checks are irrelevant and check signs are not included in the notation. The symbol # marks the end of the game. 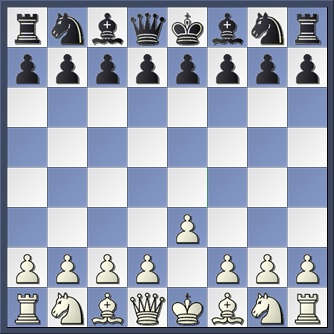 Without a doubt, 1 e3 is the most promising opening for White in suicide chess. It ensures that White can get rid of his f1 bishop, and allows an escape of the White queen into enemy territory, in the hope of losing it quickly, or also to draw out the Black pieces, for instance by playing Qg4 with the idea of Qxg7, activating the Black bishop, or Qh5 with the idea of Qxh7, activating the Black rook. Moreover, White’s move does not create any weaknesses: at e3, the pawn is not advanced enough to do any damage to the Black squad. It has actually been proven (by Mark Watkins, University of Sydney) that 1 e3 results in a forced win for White. Although the lines are long and complicated, this supports the assumption that 1 e3 is simply the best move to start with in suicide chess, and that is partly why it is advocated here. The style of play after 1 e3 is sometimes rather tactical, and more positionally inclined players might want to look at other options, such as 1 g3.

Other first moves (such as 1 e4 and 1 d4) are worse and some actually lose for White immediately. See the exercises at the end of this article for practice material and the solutions for a full explanation and variations.

How should Black respond to 1 e3? The most common reply is 1…b5, which sheds a pawn immediately and will make sure Black will lose more material (e.g. the pawn on d7) on the next move, in exchange for White’s bishop.

This is the ‘kamikaze’ variation: both the White and the Black bishop will devour a number of pawns and pieces on their opposite number’s sides. The result is generally quite good for White. Other second moves for Black (e.g. 2…g5, or 2…c6) are not considered here.

Black has lost his king, which is quite legal in suicide chess. However, just like in regular chess, the king is a strong and important piece, especially in the endgame. The reason is that kings (unlike pawns) can move backwards or sideways, so they cannot be forced into a forward direction. Giving up the king is one of the reasons why this variation is not so good for Black, and we do not recommend this variation for Black.

Black could also have played 4…Qxd2, after which 5 Kxd2 Bxh1 transposes. 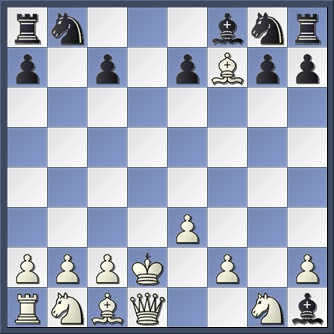 Another variation that is quite good for White is 6 Bxd2, which leads to similar positions like the ones considered here. After 6 Kxd2 Black has two possible continuations, keeping in mind that White’s next move (Bxg8) is forced:

Other moves are clearly worse:

All three lines show the destructive force of the Black rook, which enters the White position either through the h- or the g-file, teased out, if necessary, by the White queen.

Black’s 6…Bd5, while quite common, is not as sound as 6…Bf3, considered in the next section. It fails tactically. 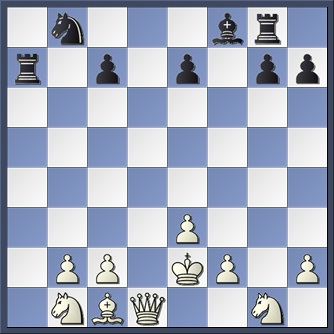 This surprising move, which opens up the d-file and allows Black to get rid of its rook on a7 right away, results in a win for White in all variations. However, it’s easy to make mistakes in the lines that follow, for which there is only one remedy: study the lines, think carefully before you move, and get a lot of practice. 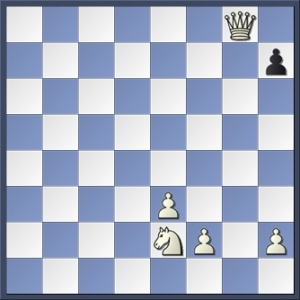 Although Black only has a single pawn left, White is able to set up his pieces in such a way that after promotion Black is forced to capture them all. 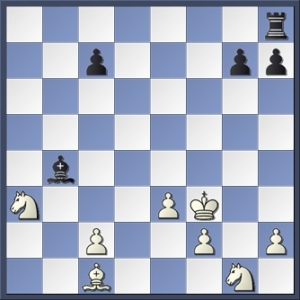 White forces Black to take the knight, after which the White bishop will capture all but one of the Black pawns: the one that remains is enough for White to win; after 15 Bd2 Bxd2 16 Kxd2 White would have only a modest advantage)

Black’s sixth move in this line is better than 6…Bd5, but typically leads to cramped positions for Black. Typically, one mistake by either side will lead to a quick loss. Again, it is vital to practise playing these positions and keep in mind a good general plan (see below), while keeping an eye out for tactical possibilities and pitfalls. 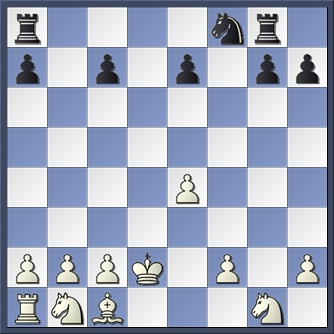 Although Black has managed to lose more pieces, including both his bishops, White’s position is clearly preferable. Black cannot move his rook on a8 to an open file (10…Rb8 11 b4; 10…Rd8 11 Kd1) and his knight has trouble moving (10…Ne6 11 c4! (this is even stronger than 11 f4) and Black must play 11…Nf8). White can prepare the pawn thrust e4-e5, with the idea of e6, after which –Nxe6 would be forced. To prevent this, Black would have to play either –c6 or –e6, after which White can play Nc3, aiming for d5 Another tactical possibility is to play (if circumstances allow) Bh6, forcing gxh6 and the rook on g8 will wreak havoc in the White camp (for this reason it is a good idea to leave the White knight on g1). Finally, a very good idea that we will explore in the variations below is a4, followed by Ra3. If the Black rooks defend each other, White can play Rb3 (or sometimes Rf3) with the idea of Rb8, which lures a Black rook to the b-file, after which b4 wins.

Black has a number of possible lines of defence, which sometimes transpose into each other. Here we will explore the main line:

Based on the idea that the two Black rooks should not defend each other (see above); 12…Nh7? 13 Rb3! However, keeping the rook on the g-file (guarding the g-pawn) has an important drawback.

Other moves offer no solace:

Both these variations show that White makes use of Black’s forced moves to open up new avenues for losing pieces: the manoeuvres Bh6-Bf8 and Be3-Bxa7 are two ways of activating the Black rook on a8, with disastrous consequences for Black.

A note on the games included here: since there are no slow-time control suicide chess tournaments, all illustrative games are speed chess games played on the Internet. Most are taken from the excellent chess-playing website lichess.org; only games with high-rated players have been included and although analysis has been kept to a minimum, all have been analysed for improvements and mistakes, especially in the opening and endgame. 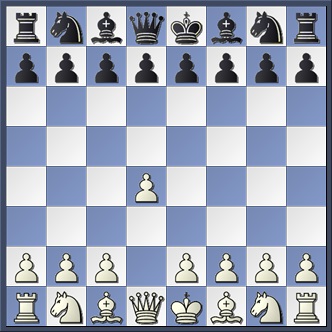 1  Work out a win for Black 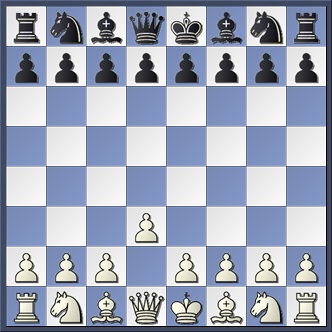 2  Work out a win for Black 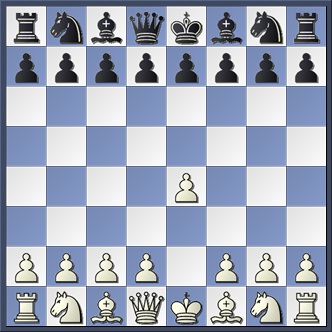 3  Work out a win for Black 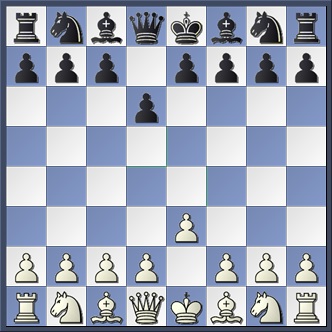 4  Work out a win for White 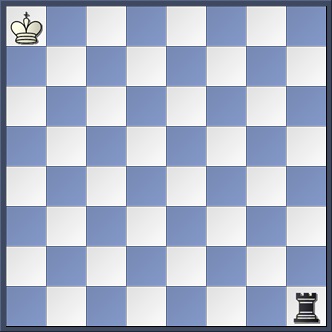 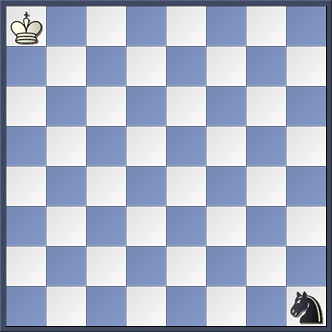 This is a slightly abridged and adapted version of Chapter 1 of ‘A Practical Guide to Suicide Chess’ (6 chapters).