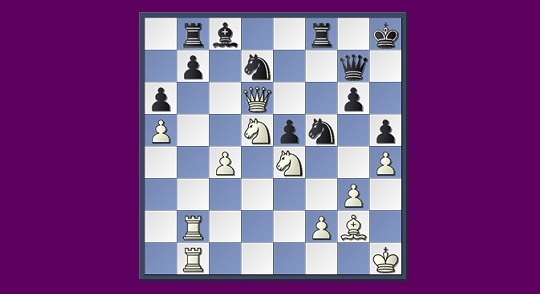 ‘Petroshan had outplayed Bronstein in a manner that must be a novum to the former challenger: with the exception of one knight, which showed some signs of activity around his Q5, Bronstein never got a single piece into useful play. With four moves to go—Petroshan had some five minutes on his clock and is known as perhaps the world’s most accomplished lightning player into the bargain—he could have won the game in a dozen different ways, instead of which he left his queen en prise. I shall never forget the look of awed wonder with which Petroshan saw his queen disappear. With a shrug of hopeless resignation, without a word, he stopped the clock. A tragic end to what might have been the game of his life. Bronstein himself seemed completely stunned by the incident. “But I had to take the queen,”  he said to me afterwards, almost apologetically. “And he played such a grandiose game.” ’ 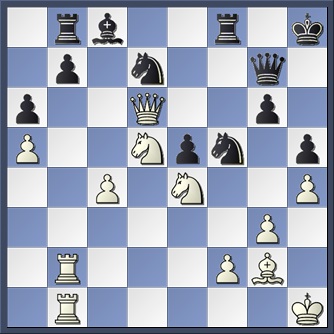 Bronstein hands back his queen

‘In the second round of the tournament Petroshan left his queen en prise to Bronstein. Came the official reception dinner organised by the Frisian tourist association, and at the end of it a most exciting ice-cream confection in the shape of a chess board with marzipan and chocolate pieces. When it was his turn to help himself, Bronstein gingerly detached the marzipan queen and, turning to Petroshan, said: “Here is your queen back, Tigran!” ’

Sadly Petrosian’s reply is not recorded. 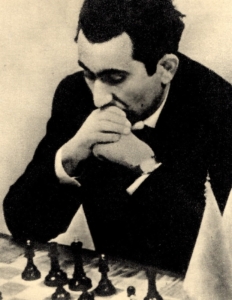 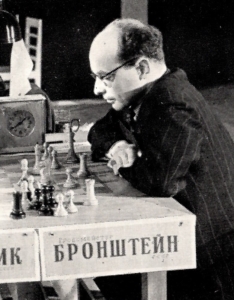 When Vishy Lost in 6