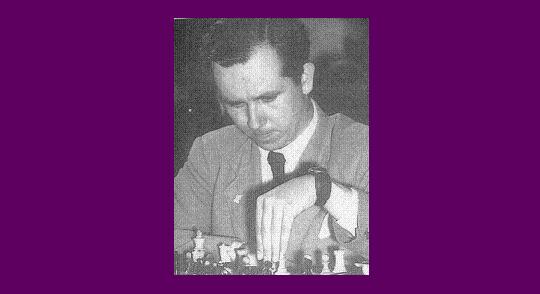 ‘The worst blunders occur on the days when you’re feeling in form and aren’t expecting the chess gremlins to strike.’

‘If you go through my games at the Hastings tournament of 1961/2 you may well expect my greatest error to have occurred there. I missed a clear winning chance against the world champion Botvinnik: I allowed Gligoric to mate me on the move in a drawn position: and, after playing  twenty-three moves of theory, I got into time trouble against John Littlewood, overlooked a move that would have won two pieces, and was beaten. Yet in each of these games, I felt throughout that I was out of form, and in a state of mind where blunders could and did occur.  It was different when I met the Austrian grandmaster Karl Robatsch in the last round. For one thing, Robatsch seemed much more discontented with himself and his play than I was. He’d arrived at Hastings suffering violently from toothache, and frequent visits to the dentist coincided with even more frequent defeats. I’ve never seen a chessmaster toast the New Year in champagne more gloomily. For another thing, I felt that he owed me a point for immortalizing him. When I drew attention in one of my openings books to the ‘Robatsch Defence’ 1…g6 and 2…Bg7, I didn’t realize that it ought really to have been named after Kotov, who had contributed far more of the ideas: but ‘Robatsch’ has stuck. Finally, I knew that if I beat Robatsch, I would reach the international master norm for the tournament and would be half way to the title. 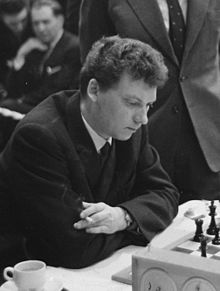 I felt in good form that day, sacrificed a pawn for a positional bind, and soon had a fierce king’s-side attack. as my queen and rook controlled the opening files, I didn’t see a defence for my opponent. Here’s the decisive position in which all the knights and bishops are off the board and only kings, queens, rooks, and pawns are left. 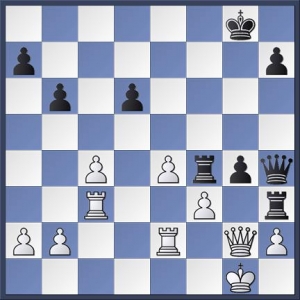 Black’s position looks terrific, and Robatsch was looking very fed up with himself. Had I played 1…Kh8, there would have been little hope for White. But it looked much easier than that, and I rapidly went 1…g3. Robatsch stirred: was he going  to resign? He played 2 hxg3. My hand went out to recapture: as it did, I noticed what was going to happen: too late! I played 2…Rxg3. Would you have resigned as White thinking you were going to lose your queen? Robatsch didn’t hesitate. For the first time that week, he forgot his toothache, played 3 Qxg3+ Qxg3+ 4 Rg2, got up from the table and left me to contemplate my gravest error. I exchanged off into a rook ending a pawn down, but resigned a few moves later.

Now you’ll see my theory about chess blunders. The worst ones, those that stick in your memory for years afterwards, occur on the days when you’re feeling in form and aren’t expecting the chess gremlins to strike.’