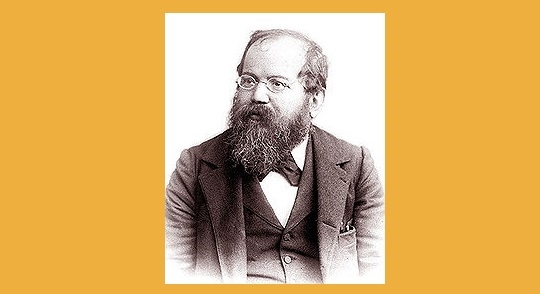 Herr ‘Stemitz’ and the Librarian

Although Steinitz was celebrated for his play without sight of the board, barely two dozen of his blindfold games survive.

In February 1875 he visited Oxford to give a blindfold exhibition over seven boards. He won four, lost one, with two games left unfinished.

It was thought that the scores of only two of these games had been preserved. Kingpin can exclusively reveal the existence of a third, hitherto unpublished. 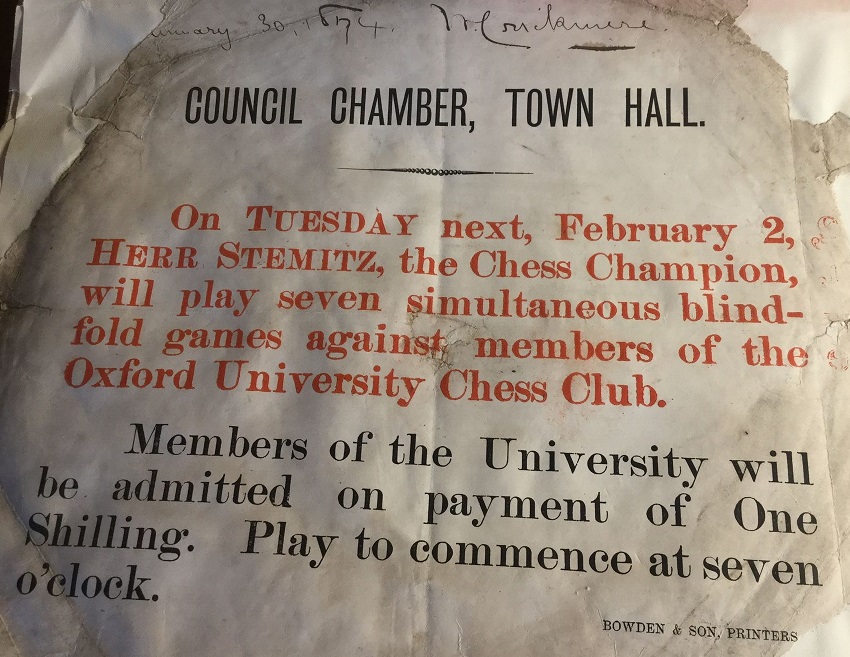 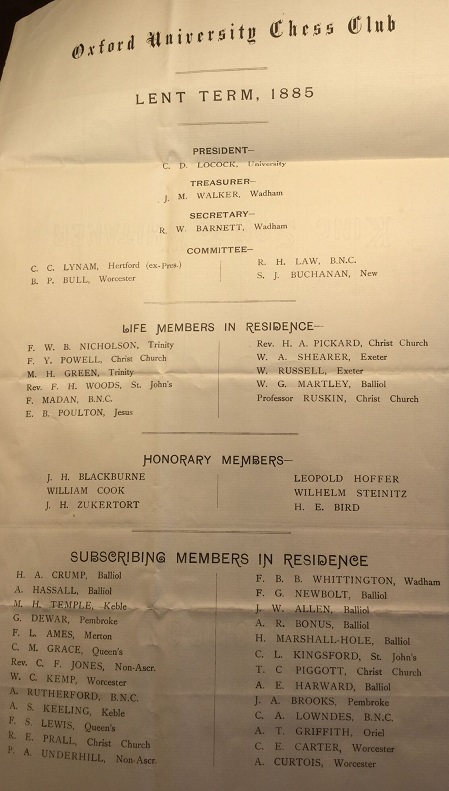 The Club managed to spell his name correctly when awarding him honorary membership a few years later.

Falconer Madan, listed among the ‘Life Members in Residence’, was one of Steinitz’s seven opponents.

An archivist and bibliographer, the young Brasenose College scholar would eventually became the Bodleian’s Librarian.

Luckily Madan had the foresight to deposit his scoresheet in the archive of the Oxford University Chess Club, after helpfully scrawling ‘Not a good game’ at the top of it.

Actually he acquitted himself well until blundering on move 27. Recording the moves accurately proved a stiffer challenge, and his attention begins to drift around move 23. 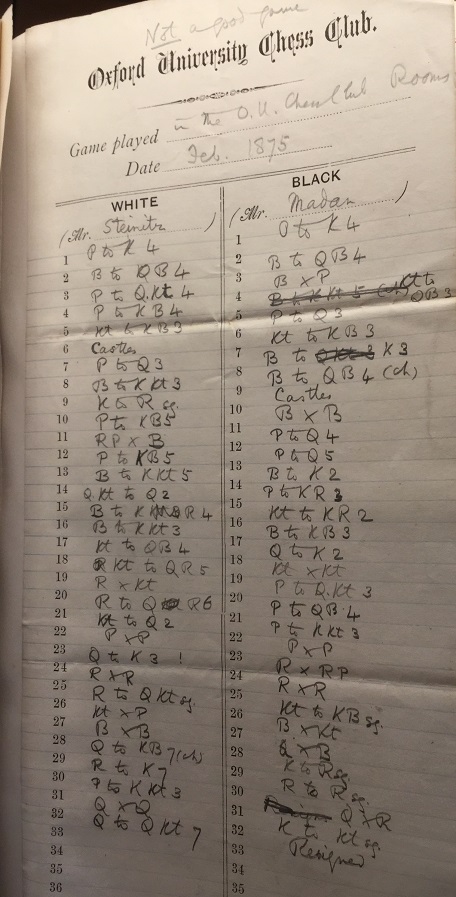 Could do better: the future Bodleian librarian earns a delta minus for record keeping.

With some assistance I have reconstructed the game. 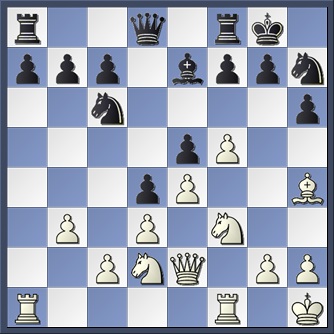 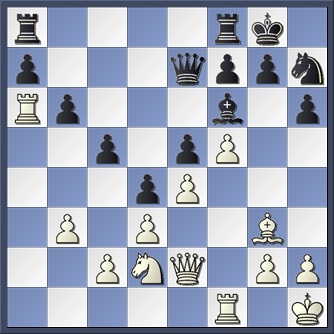 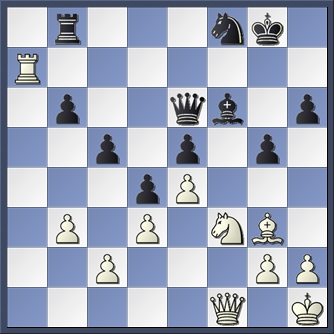 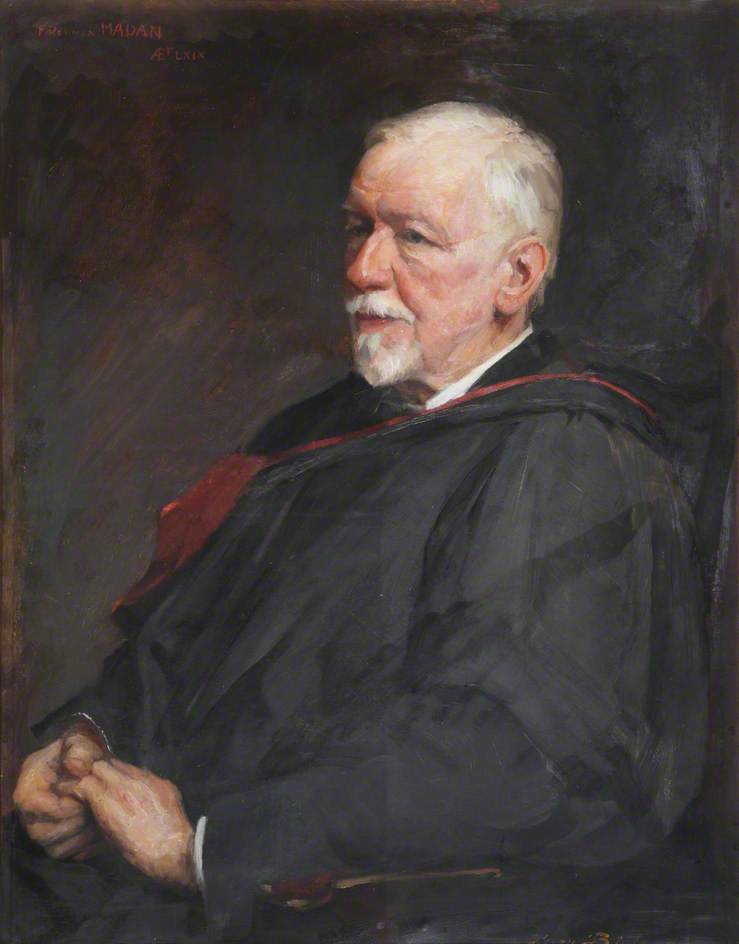 With thanks to Chris Lear and Matt Fletcher for their forensic help.

We are indebted to Tim Harding (Dublin) for pointing out that according to Madan’s scoresheet the venue was the club rooms rather than the Town Hall. This would suggest that the game was played not in the blindfold exhibition but in the over-the-board simultaneous display which took place the following day over 13 boards. He adds that the game v Parratt was agreed drawn also on that day, as Steinitz reported in his column in The Field.

The quest for the third Oxford blindfold game continues. . .