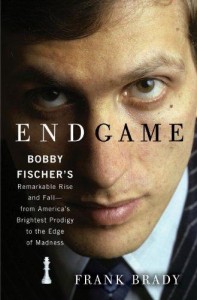 It all began with wedding bells in Moscow. Regina Wender, a vivacious medical student met Hans Gerhardt Fischer, a handsome scientist in 1933. Regina was from the USA and Hans Gerhardt from Germany. Both were Jews. However, Hans Gerhardt had changed his name from Leibscher to Fischer to make it sound less Jewish even as anti-Semitism was on the rise in Germany. The two fell in love and were soon married.

A few years later they were blessed with their first daughter, Joan. But soon they began to fear for their future during the Great Terror in Russia. By that time their marriage had also come under strain and they  separated. Regina left Moscow for Paris. Hans-Gerhardt, not wishing to be far from his daughter, followed. With the drumbeats of war resounding in France after Hitler’s conquest of Austria and Czechoslovakia, Paris was no longer safe for the estranged couple and their child. Regina returned to the USA, taking little Joan with her. As Hans-Gerhardt was German, he was not allowed to settle in the USA, so he found refuge in Chile. Regina received little or no help from him. For her it was a question of survival. She moved from place to place in search of a job. In June 1942 she fell pregnant with her second child. She sent her daughter to stay with her father Jacob Wender during pregnancy. The second child was born in Chicago on 9 March 1943. The baby was named Robert James Fischer. Hans-Gerhardt was listed as the father on the birth certificate although he had never entered the United States.

As I read this account in Frank Brady’s book and recalled the rest of Bobby’s life, I was struck by the irony of it all. When Bobby was very young he avidly read Russian books and magazines. He admired the play of Soviet grandmasters. Russia was no less than chess heaven for him at that time. However, he developed a lifelong aversion to Moscow and the Russians after he met with rather condescending treatment on his one and only visit in 1958. Yet who could deny that his roots went back right there? There would have been no Bobby Fischer but for Moscow. Then there is the greater irony: while both his parents escaped from anti-Semitism, it claimed him, their gifted son and poisoned his existence to the end.

But we are anticipating the rest of the story. Regina’s travails began after Bobby’s birth. After being discharged from hospital she had nowhere to go. Finally, she moved into a home for single mothers. But when her daughter returned to Chicago the home refused to let the elder child stay with her and ordered her to leave. When she refused she was arrested by the police for disturbing peace and she, Bobby and Joan were forced to move out. She refused trial by jury, was ordered to have a psychiatric examination and found not guilty by a judge. Fortunately, she landed a job as a typist and managed to get a one-room accommodation. Not that this lasted long. The family wandered from place to place and finally settled in Brooklyn, New York.

Now comes the question. If Hans-Gerhardt never entered the United States, was he really Bobby’s father? It has been suggested that Paul Nemenyi, a scientist, may have been the biological father. On her return from Moscow Regina had reconnected with this old friend she had known from her student days. Nemenyi offered her much-needed help, sending cheques from time to time. He also used to visit the family. Regina, however, denied that Nemenyi was Bobby’s father. She claimed that she had travelled to Mexico in June 1942 to meet her ex-husband Hans-Gerhardt, and Bobby was conceived during that rendezvous. This appears a bit improbable, considering their strained relationship and the location of their meeting. If this ‘re-union’ had taken place, Regina would have had to travel all the way to Mexico and Hans-Gerhardt  from Chile. Regina’s version would have had greater credibility if Hans-Gerhardt had taken any interest in his son thereafter. But he never did. Hans-Gerhardt re-married and returned to Germany years after the war. He died in 1993. If Hans-Gerhardt was not the biological father, why did Regina register him as the parent? She just did not want her child to be called illegitimate. Fair enough. Paternity is a sensitive issue.

Brady writes that paternity has never been proved one way or the other. But even he has serious doubts and prefers to call Hans-Gerhardt Bobby’s father for the record.

He is at pains to dismiss a number of misconceptions about Regina Fischer, some of them quite contradictory. Many of these were a creation of the popular press. If some hacks called her an absent mother who spent too much time on political activity, others called her an interfering mother who was disowned by Bobby. Both are far from truth. Regina was a responsible mother who loved her son till the end. Bobby never broke up with her and was always attached to her.

Brady’s description of the mother and child is too good to be missed. Here is an endearing example. Bobby, like many young children, needed to be persuaded to take a bath. The only way was to get him a chess board so that he could study any position that he fancied while soaking in the bath tub. This created its own problem. Bobby would not want to get out of the tub, immersed as he was in his own enjoyment of the position. Then his mother had to give him a tap on the head with a peremptory command, ‘Get out of the bath tub.’

Regina had no doubt about her son’s talent. But she was also concerned about his character. She wanted him to read good books and learn languages. She herself was a political radical. But she did not impose her ideas on her son. All that she wanted him to do was to develop liberal, humane values. It was not to be. Bobby became a reactionary without the virtues of the Left or the Right.
Regina felt that her son’s obsession with chess was not healthy and his life lacked balance. When he turned to Armstrong’s Church of God, she did not interfere. But when he tried to win her over to his new faith she drew the line and wrote to him that Armstrong and his church were feeding him mumbo jumbo.

A good and tolerant life was the best life, she said; call it a religion if you like. After that they both agreed not to discuss his religious views or hers. Neither mother nor son was willing to make a convert of the other.

Yet she was driven to write to him when he refused to offer financial help to his nominal father, Hans-Gerhardt Fischer when he and his family were in dire straits. She was concerned both by his lack of generosity and racism. She knew her son’s magnificent egoism and wrote:

The greater the person’s mind and talent, the greater the destruction . . . Don’t let millions of people down who regard you as a genius and as an example to themselves . . . even if you were an unknown just being a decent person is a job these days. It’s easier to shut your eyes. But that’s what people did in Nazi Germany while people were being tortured and murdered, children gassed to death like vermin. It was more convenient not to want to hear about it or talk about it because then their conscience would have made them do something about it. So if you are now going to be mad at me, don’t be. Remember, whatever you do or whatever happens I’m still your mother and there is nothing I would refuse you if wanted or needed it, and nothing would change it.

Sadly, Bobby did not share his mother’s sense of responsibility to society, and his own reading of hate literature led him to deny the Holocaust itself. Regina Fischer passed way in 1997. A grieving Bobby wanted to attend her funeral. But that was not to be . . .

1) In the book Brady claims that Hans-Gerhardt and Regina decided to leave Moscow as anti-Semitism was on the rise in Stalin’s Russia. But there was no such policy way back in 1938. It was to come much later. It’s more likely that the Fischers were regarded as aliens with radical political views incompatible with Stalinist orthodoxy.

2) Regina divorced Hans-Gerhardt in 1945 on account of non-support when she was living in Moscow, Idaho. Brady points out the ironic coincidence of a marriage and then a divorce both occurring in cities named Moscow .

4) The book has some rare photographs, and one of them shows little Bobby in the bath tub receiving a tap on his head by his mother.