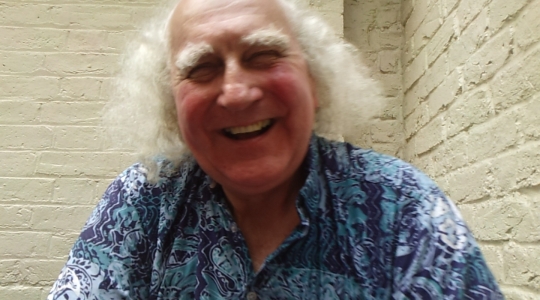 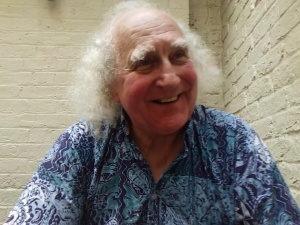 Video interview with Sarah Hurst.   My introduction to chess photography was at the 1986 World Chess Championship, Kasparov v Karpov, where I took some photos for a small booklet on the sideshows at the event. At that time there was a lot of interest in chess and I got photos in all the major newspapers, some chess books, New In Chess and the British Chess Magazine. My first encounter with the magazine CHESS was when B.H. Wood asked me for a photo of Angie Day, who was helping organise the Grandmaster Association and the S.W.I.F.T. tournaments. He protested that for the price I asked he could buy a whole box of photos, but he paid. 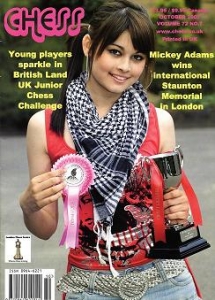 At first I got my photos printed and developed at Sky or Joe’s Basement in Soho, but like most photographers I wanted control over the final image. So I purchased the best equipment I could afford, including a massive De Vere enlarger, ex Ministry of Defence, purchased in Huddersfield, which I just about managed to get on the train, and a secondhand Apo Rodagon f2-50mm lens, equipping me to do all my black and white developing and printing in my bathroom. For colour I used Kodachrome 64, which had to be processed in Paris because for many years there was no lab in England that could handle the transparency. Some used Fuji, which could be processed in most labs, but I found the colour too saturated – a question of taste. One had to take care with Kodachrome because if one was out by more than half a stop the photo was ruined, but it worked for over 30 front covers of CHESS magazine. Nowadays, if you wish to get published in magazines etc. you must use digital, Photoshop, and send photos online. There are exceptions. If there are numerous large file photos, then sending by disc avoids crashing the recipient’s computer, and I have done that. Technology is now moving so fast it is difficult to predict how images will be taken, transmitted and used in the future. I was offered the job of official photographer for the 1990 Kasparov v Karpov World Championship match in New York, but since this was unpaid I decided instead to go to the second leg of the match in Lyon. I took many photos there and 20 of them appeared in Seirawan’s book Five Crowns. I went to the Intel match in Paris where I made Kasparov angry, but it made a good photo. I think I asked him a silly question. Perhaps he remembered me taking a photo of him losing to a computer at the Intel London match. 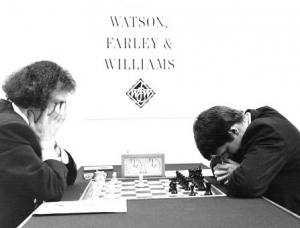 At the Short v Kasparov match I found it difficult to get a clear shot so I brought a step ladder, as did many other photographers, to the annoyance of the organisers. One day I was concentrating on photographing Kasparov but after a while I noticed none of the other photographers were. I turned round and saw Princess Diana. She smiled because I was the last to notice. The photo I took of her wasn’t very good but I still managed to sell it. 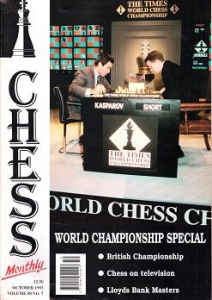 I took some photos for Price Waterhouse to illustrate various aspects of their business, using different chess themes to highlight their main departments. It seemed to work. Surprisingly, I sold an image of an angry grandmaster to advertise an estate agency.

The Amber tournaments in Monaco are unusual and interesting, and some of my photos appeared in the 3rd Amber book in 1994. I asked Xie Jun, Women’s World Champion, for a photo shoot, and she said OK but at 8 a.m. by the hotel pool. The photo appeared on a CHESS front cover. 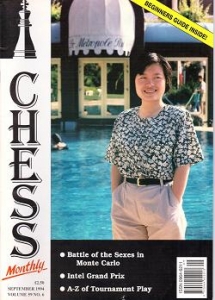 I went to several Olympiads, but the first was as a tourist in Malta 1980, friendly and small by modern standards, and the lower boards were much weaker than today. There was no security and you could just walk in off the street and stand by the boards. Curiously, there was a demonstration board in the actual playing area. I saw Polugayevsky discussing with Soviet colleagues his game which was on the board, and then go back and resume his game. Such behaviour would not be tolerated now. The captain of the Soviet team was the formidable cigar-smoking Baturinsky, a KGB colonel with a murky past. When he stumbled some could not contain their mirth. It was there that I saw the 17-year-old Kasparov play on bottom board. His GM title was only confirmed at the Fide meeting during the tournament. 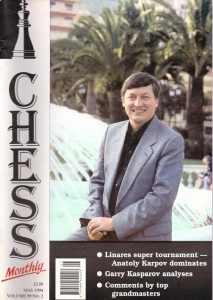 The Bled Olympiad in 2002 was a much bigger event than Malta and the security was strict. I put my camera bag under a table and left the building for a walk, and this sparked a security alert. As the building was about to be evacuated, Gary Lane assured the organisers that it was my bag and everything was OK.

At the Majorca 2004 Olympiad, I saw and photographed Magnus Carlsen for the first time. I watched him from the balcony playing the Delayed Lisitsin. At the 2006 Olympiad in Turin, I remember Gary Lane suggesting to Jesse Gilbert that she should travel to Siberia by second class rather than third, because he had made the same trip previously. I couldn’t have imagined that she would soon be dead. I took a poignant photo of her with Kasparov and Tony Banks, the UK’s Minister for Sport, in the House of Commons many years before. She was not the only chess player I photographed to fall from an 8th floor balcony. I had snapped GM Predrag Ostojic in Monaco. Some say he had serious gambling debts and may have been pushed. He won the 1967 open tournament in Monaco and Princess Grace presented him with the prize. He proudly showed me the photo of him, Prince Rainier and Princess Grace, but seemed to have forgotten he lost in the last round to Jimmy Adams. Bobby Fischer won the grandmaster section. 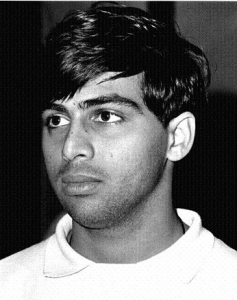 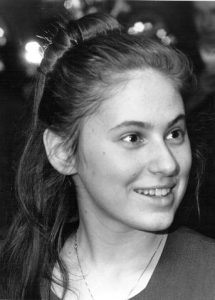 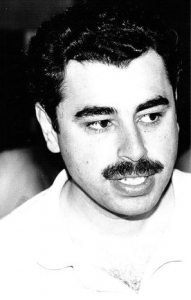 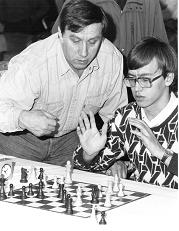 Many years ago I photographed Cathy Forbes all over Kensington Gardens on monuments, trees etc., but the photo that made the front cover of CHESS was of her throwing chess pieces in the air. Sometime later, the Sun newspaper heard of the photo shoot and asked me for the print. It was an innocent photo but the Sun’s use was not quite so innocent. 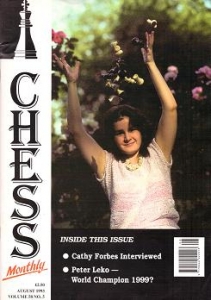 The 2008 Olympiad in Dresden was a superb event and the lavishly illustrated tournament book was one of the finest ever produced. Many of the shops had chess-themed displays and there was even a special Olympiad tram. 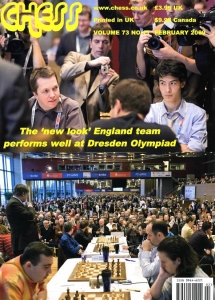 Disneyland Paris staged two spectacular events for juniors in the 1990s, and there were many U-11 players who would later become stars, including Aronian, Bu and Bacrot. I played a friendly casual game with a 10-year-old Aronian and was duly crushed.

I took photos for the superb London Classic, and it was a privilege to attend such a prestigious event. It was there that I photographed the remarkable Korchnoi. 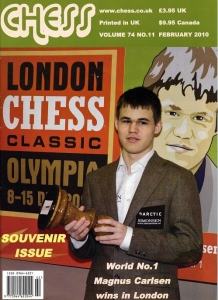 One of my most treasured possessions is a copy of the Oxford Chess Companion given to me by Ken Whyld, the book’s co-author. I took a photo of him at the British Library for a front cover of CHESS, and we then went for lunch with Jimmy Adams, then editor of the magazine. Ken later joked I had persuaded him to drink too much wine so he couldn’t do his research at the library. The last time I photographed him was at a reception during an exhibition of chess artwork at Somerset House. He died shortly afterwards.

In Groningen, I photographed Nigel Short chatting to the very attractive Bulgarian WGM Stefanova. He asked me not to get it published in CHESS, so dutifully I did not submit it, but then the editor of Kingpin twisted my arm and I eventually relented. Well, I thought Nigel Short wouldn’t mind, but he did. Many years later after Nigel achieved the Lucena position in a rook and pawn ending against Stefanova the photo was used again in CHESS by way of illustration. Anyway, by then I thought Nigel would have forgotten all about it but Andrew Martin informed me he was hopping mad. Storm in a teacup. 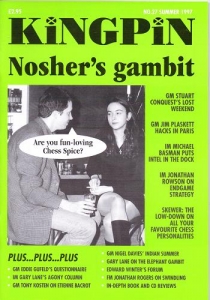 Over the years, I have photographed Tal, Spassky, Smyslov, Karpov and Kasparov and many other chess legends, but the photo I took in Brussels of Botvinnik blowing out the candles on the cake celebrating his 80th birthday stands out. When Rachel Reeves was helping out in Malcolm Pein’s Chess Shop, Jimmy Adams invited her, a talented junior player at the time, to be photographed. I took her to a café in Bute Street and the picture duly appeared on the front cover of CHESS. Now a rising star of the Labour Party, Rachel sits on the Front Bench in the House of Commons. 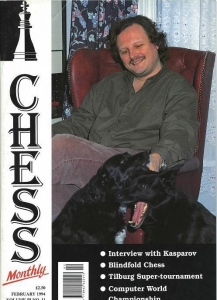 I photographed Tony Miles when he was staying with tournament organiser Eddie Penn before flying to China. I also snapped him on the 30-stop Piccadilly line to Heathrow. None of the photos on the Tube were much good because Tony just clammed up, but in the darkroom when I blew up one of the photos I noticed Tony was standing next to Lennox Lewis, the Heavyweight boxing champion, also a keen chess player. Frankly the photo wasn’t great and CHESS published the one I took at Eddie Penn’s house. 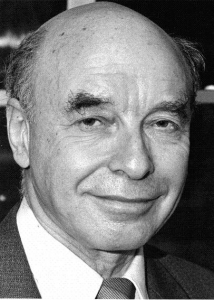 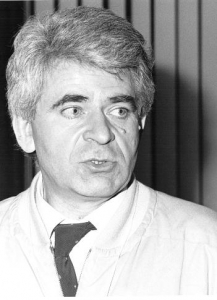 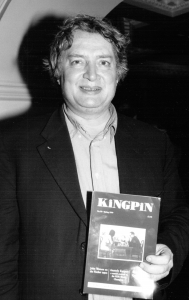 Perhaps the most important chess events in England have been organised by Mike Basman. His Chess Challenge is a competition in which schools from all over the country take part. The starting numbers vary from year to year, but are usually above 60,000, making it the largest chess competition of its type in the world. It culminates in the gigafinals which are split between the north and south of England. A selection of winners, boys and girls, from the gigafinals then compete in a terafinal, a strong tournament which has done much to foster some very talented juniors, and the competition as a whole has enabled many more to participate in a fantastic event. I took the photos for the gigafinals and terafinal for 10 years. 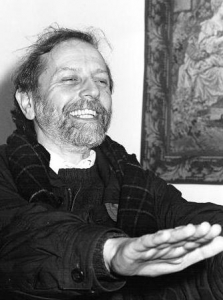