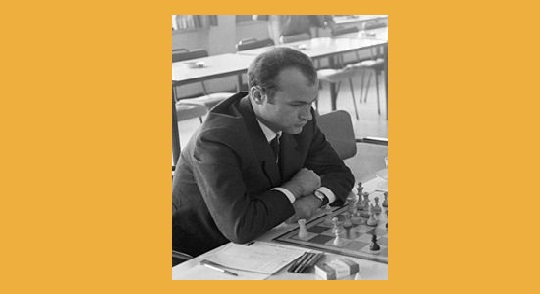 She followed up with e5 whenever possible.

Velimirović was a superb tac­tician and true to his style opts for a very sharp line.

The other main move is 9…Nc6 here.

Two years earlier Tal retreat­ed with the knight to d1 and drew with Bronstein. That game was played in Tbilisi… 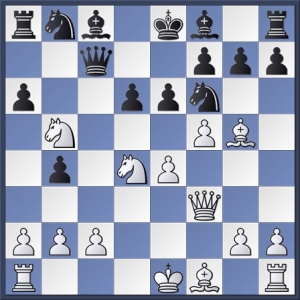 Sometimes the sacrifice is refused with 10…Qb7.

The attack can be pursued with 15 e5, but Black held those games as well. 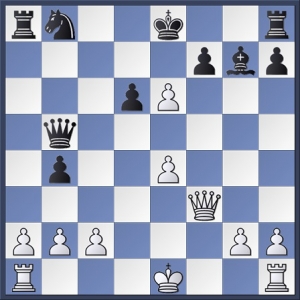 Rashkovsky defended the same position with 19…Qa5 against Hector in Espergaerde 1992, also achieving a draw.

In this very exciting position White has five pawns for the knight, but his pawns are dis­persed and both kings are not 100% safe. Nona recommends 20 Ke2!? in her Informant analyses with Ubilava. 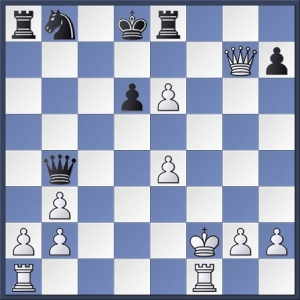 This is not the most usual square for the king. 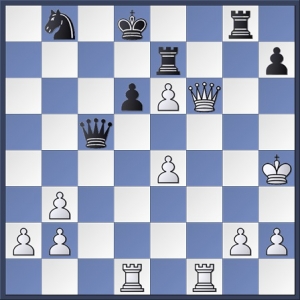 26…Rg6 is an interesting alternative. 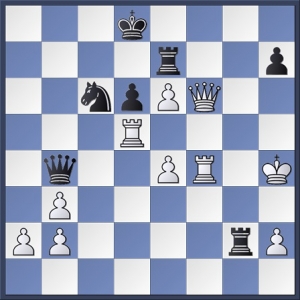 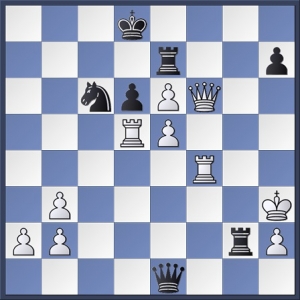 Quite an imaginative check to open up the king. 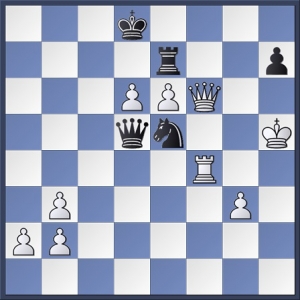 Instead of taking the pawn which attacks the rook, Black puts her knight en prise.

Velimirović  wants to avoid a perpetual. 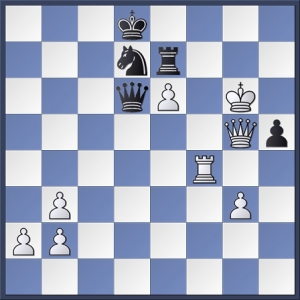 Now it is White’s turn to give a couple of checks. 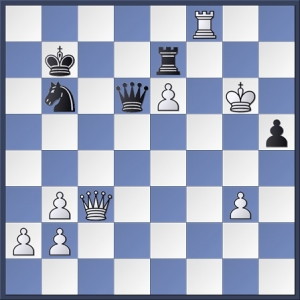 There is nothing left to play for, and the players agreed a draw to conclude this fascinating game. 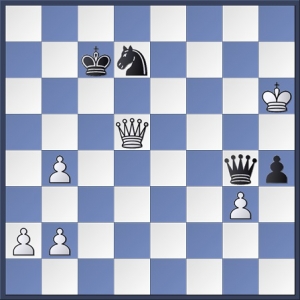