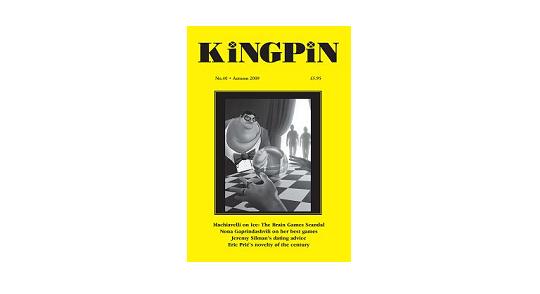 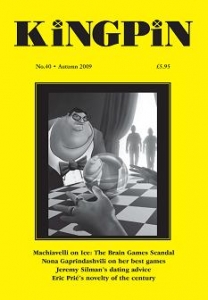 ‘Publication of the British magazine Kingpin is always an eagerly-awaited event. Issue 40 has just appeared and  contains not only levity but also some deadly serious investigative journalism. Not to be missed.’
– Chess Notes

Read a review of this issue at Chandler Cornered

Machiavelli on Ice
The Story of Brain Games, Raymond Keene’s most audacious scam

‘Oh shit!’ Keene exclaimed, ‘I was hoping that it wouldn’t come out yet…’ 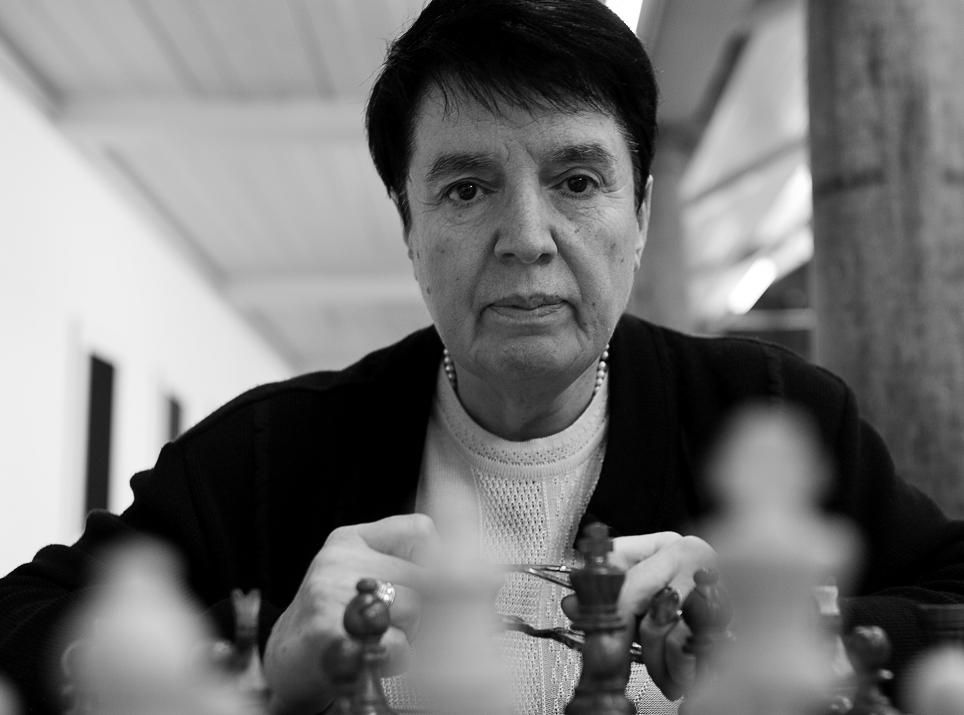 ‘Tal played unbelievably when he was drunk. I recall him sacrificing his queen just to entertain people.’

The Chess Artist at Play

‘The stereotype that chess is a “boring” game is so out of kilter with reality. Every tournament throws up funny games, positions and stories. But to appreciate them you need not only a basic chess education but a sense of the absurd. It is the same with jokes – some of them are impossible to understand without a good sense of humour.’

What’s the best way to get a chess player to go on a date with me?
If you’re female and have a pulse, any chess player will be delighted to date you.

Hack Attack
Tony Kosten reveals the novelty of the century

Engaging Pieces: Interviews and Prose for the Chess Fan
Kasparov: How His Predecessors Misled Him about Chess
The Chebanenko Slav according to Bologan
The Yiddish Policemen’s Union
Blindfold Chess
How to Play Chess Endgames
Chess on the Edge, Volume 1
Kings of New York