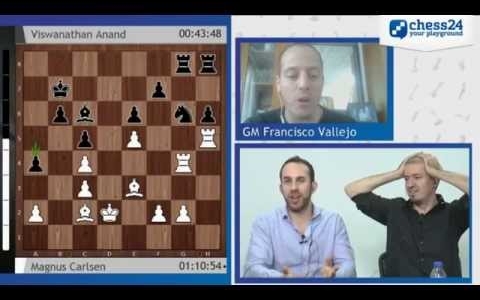 It’s a measure of how drab the World Championship has been that Magnus Carlsen allegedly falling asleep at the board and the double blunder in Game 6 have provided its most dramatic moments.

The blunder is beautifully captured in this short clip featuring IM Lawrence Trent who has quickly become one of the game’s most popular talking heads, in both English and Spanish.

Trent’s first foray into chess commentary was inspired by a game from an earlier world championship featuring a remarkable royal walkabout.

If only all World Championship games were as exciting . . . 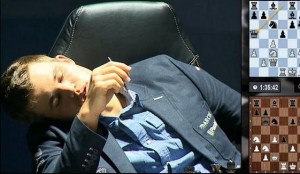 Magnus can pounce at any time

Suddenly I was getting visions of the seemingly ridiculous king invasion, but is it really that bad?

Known as the Classical Variation of the Ruy Lopez, I feel it is quite an underrated system. among its main exponents have been Adams and Leko.

Quite frankly an awful move. White feels that his position is sound enough for him to make such prophylactic moves, but due to the tension in the centre White cannot just sit back. The main move here is 10 Re1, where 10…exd4 and 10…Bg4!? are interesting continuations. 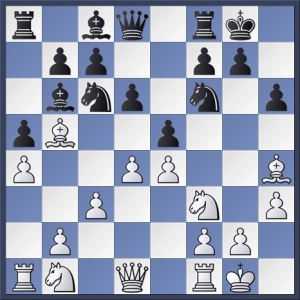 This energetic response may seen amateurish, but due to White’s lacklustre attitude this outrageous move is possible. After 11 Bg3 Nxe4 is horrible for White due to the pressure along the a7-g1 diagonal, so the response that followed was forced. This piece sacrifice is actually quite common in this line, but the main difference is that the queen is normally on d3 where she can swing over to to g3 much quicker and therefore retaining some sort of attack.

Simple chess, bolstering the knight’s position and preparing to  escape the pin. 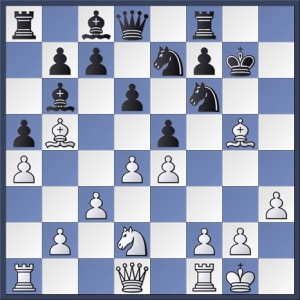 The point of the 13th move. I can now free my knight from the pin and relieve the only tension in the position.

At this point I was extremely pleased with my position and felt it was completely winning. White has no attack left, my king is well surrounded and covered and I am a piece to the good. 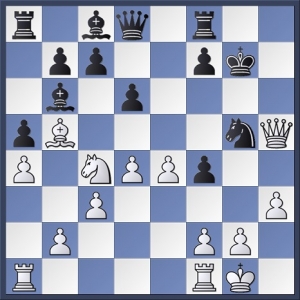 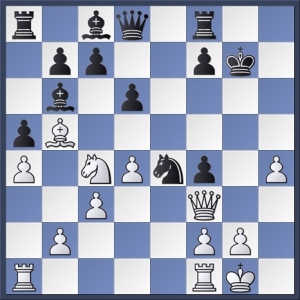 Annotators of this game have given this move an ‘!’ although of course they didn’t realise that I actually miscalculated the position. I thought that I actually had a forced mate, stupidly missing that White could escape. I hate to admit but this move is over ambitious, any other move protecting the knight would have been better. although, saying this, the following attack was aesthetically pleasing. 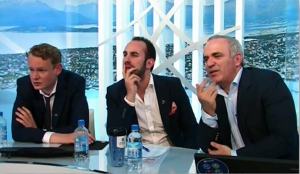 Simple. The king escapes to f2. 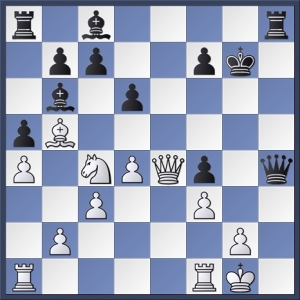 The best way to continue, and i think that this move gives me the psychological edge once again. 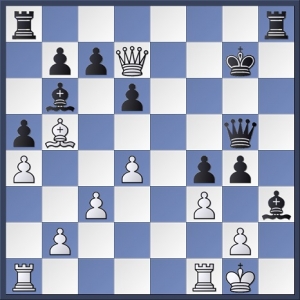 OK, I have managed to win the piece back but the position is not so clear. 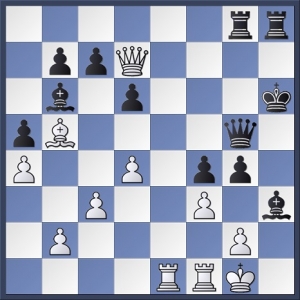 Suddenly I was getting visions of the seemingly ridiculous king invasion, but is it really that bad?

Let’s just analyse the White camp. He has three major pieces and a light-squared bishop; if my king were to land on g3 does he actually have any great threat against it? Not only did I feel that the king was safe on g3, but it would aid my attack and as it turned out this manoeuvre was the key to the win! 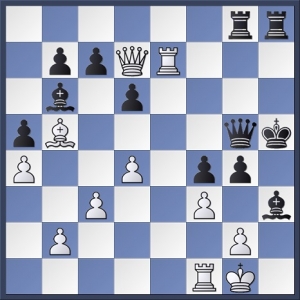 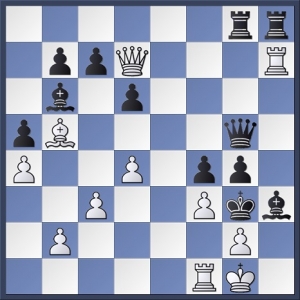 A fabulous position. It is undoubtedly the most beautiful position in the most important tournament I have ever got to. White is probably just lost and the look on his face here just about confirmed my thoughts!

Not great but what else?

The pinnacle of the game, this move introduces the fabulous concept of simultaneously stopping Qe1 checkmate whilst threatening checkmate for myself starting with 32…Bxd4+ 33 cxd4 Qxd4 and finally Bxg2 mate! 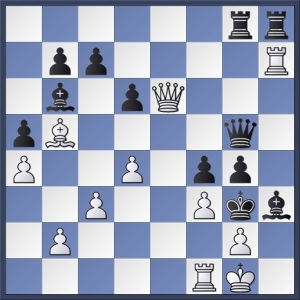 The end. After 34 gxh3 gxf3, mate is only avoidable by sacrificing every piece in his camp. 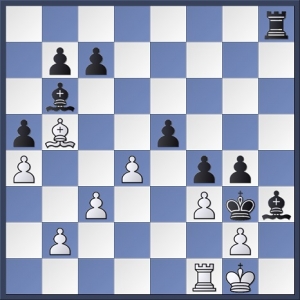