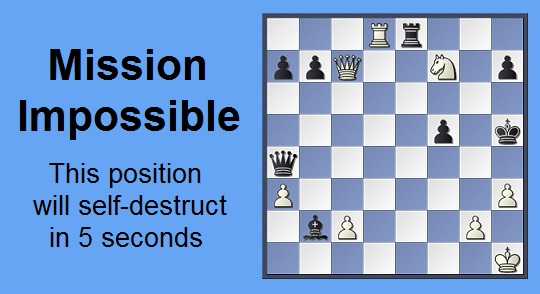 Great Swindles Of Our Time

Neil Carr wrote some funny articles for Kingpin. His dynamic style of play, breezy sense of humour and fondness for excruciating wordplay made him an ideal contributor. This turbulent game appeared in Kingpin 11.

The dubious honour of having contributed more to this section of Kingpin than any other player falls to FM Neil Carr and here the Cheapo Supremo offers us another fine example of the swindler’s art. Truly titanic (in the strict maritime sense of the word), this encounter is a brilliant, death-defying act of chescapology, matched for sheer audacity only by the appalling puns that litter the maestro’s annotations.

Grunts and Groans from Guernsey

The twelfth Lloyds Bank Guernsey International was once again a well-organised and highly enjoyable event. It was won by B. Carlier  of Holland, along with J. Hodgson and R. Harris, both of England, and these players all scored six out of seven. This tournament is famous however for the topsy-turvy games it produces year after year, and here is one of my own which I feel exemplifies this type of chess.

I was feeling like a right Pirc at the time! (It gets worse -Ed)

This line is more solid than the normal 6 Bb5+. 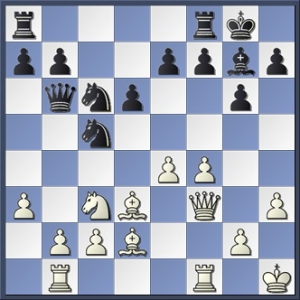 Against Jim Plaskett at the British I played 16…Nxd3, and I now feel that this is better since I can answer 17 Qxd3 Qd4. 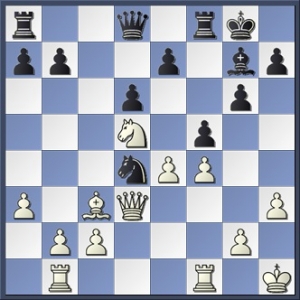 A ‘too long in the sauna’ move. 20…Ne6 had to be played, although admittedly it is still worse for me. 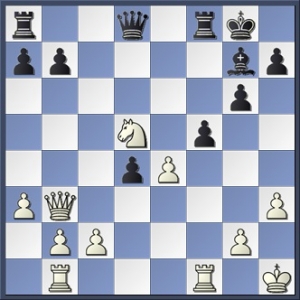 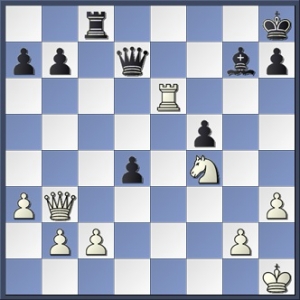 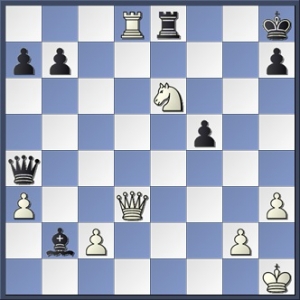 And now I realised that I had lost. All the moves come to the same conclusion. If:

So I now switched on to swindling mode and played… 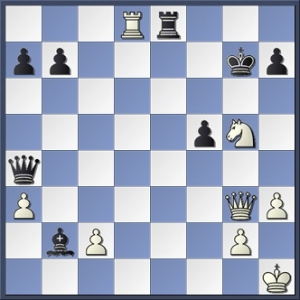 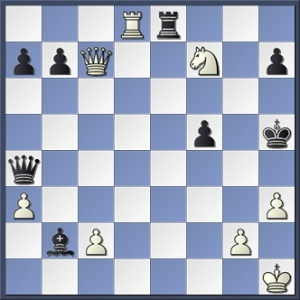 And of course I still thought it was hopeless. But I didn’t know that he was going to play…

Yes that’s right, he must also have spent too long in the sauna. And perhaps the massage parlour too! 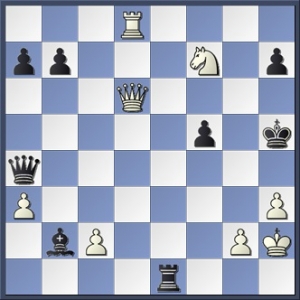 And now he fell off his chair. (So near and yet sofa!)

And now he resigned. Swindle of the year?
0-1