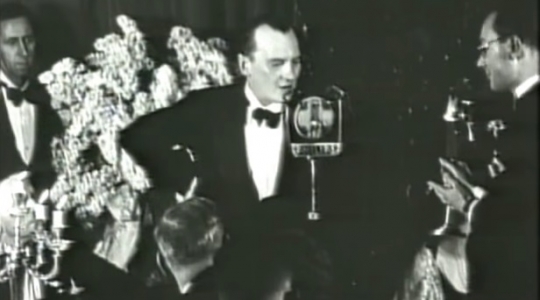 There is one aspect of Dr. Alekhine’s character which may come as a surprise to chess players generally, for in that respect he has not been very widely advertised, that of kindness and readiness to help.

In 1938 I happened to meet Dr. Alekhine and his wife in the Strand Palace Hotel and he asked me to sit at their table. I had not met him or corresponded with him for some years, not since I translated his first book for a very substantial fee. I was neither wealthy nor influential, nor was I the editor of a chess publication. I was carrying in my hand the proofs of my “Basis of Combination in Chess.” Dr. Alekhine asked me what it was and I said it would not interest him, but he insisted that everything interested him and he took a very long time glancing through the proofs. In the end he said:

“I like the idea very much. Would you like me to read the proofs for you and to check the analysis?”

I was dumbfounded and suitably expressed my appreciation. Some ten days later the proofs came back corrected, and in two places some valuable additions were made to the analysis. A charming little note accompanied the package with encouraging words of appreciation, and enclosing another letter which Dr. Alekhine said I could use in any way I wished, and which the publisher did in fact use on the blurb of the book when it came out.

As a contrast I may say that the first man I met who read Dr. Alekhine’s comments on the blurb asked me “What did that cost you?” I avoided being ungentle by not answering. 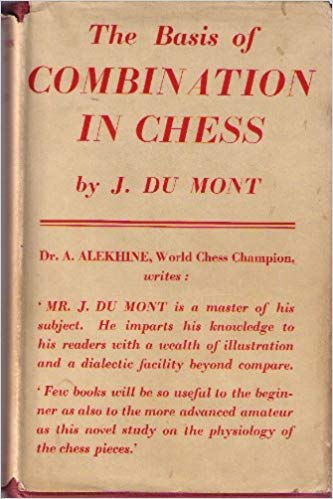 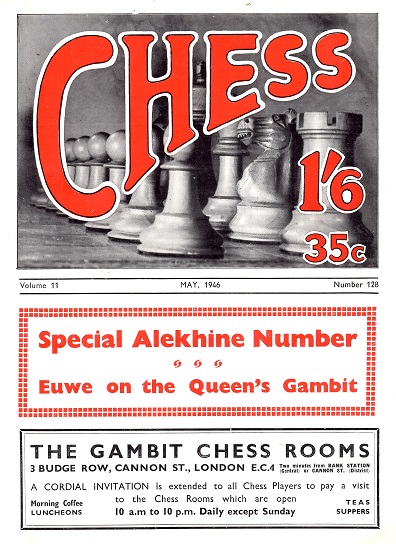 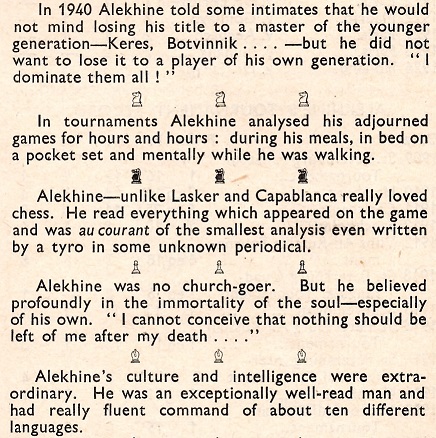 Alekhine and Alcohol by Edward Winter

Divinities and the Herd

Interviews with Alekhine by Edward Winter

Was Alekhine a Nazi? by Edward Winter