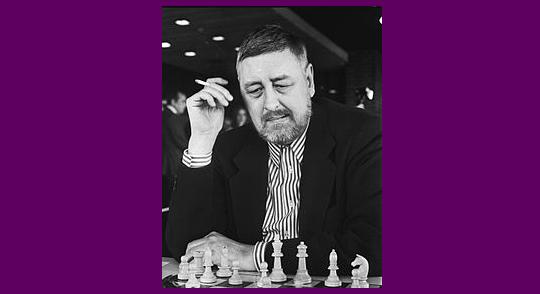 ‘Games are the opposite of human contact . . . During their game, chess players are “incommunicado”; they are imprisoned. What is going on in their heads is narcissistic self-gratification with a minimum of objective reality, a wordless sniffing and grabbing in a bottomless pit. Women do not like that, and who is to blame them? They easily hold their own in games in which human contact is incorporated, as in bridge for instance, because in such games a feeling for an other’s intentions, throwing a bridge to one’s partner is of paramount importance. But they cannot keep up in the total isolation of chess. It only interests them when they are told about it. For unsolvable riddles, they have little patience.’

Photo of Donner in 1978 by Bert Verhoeff